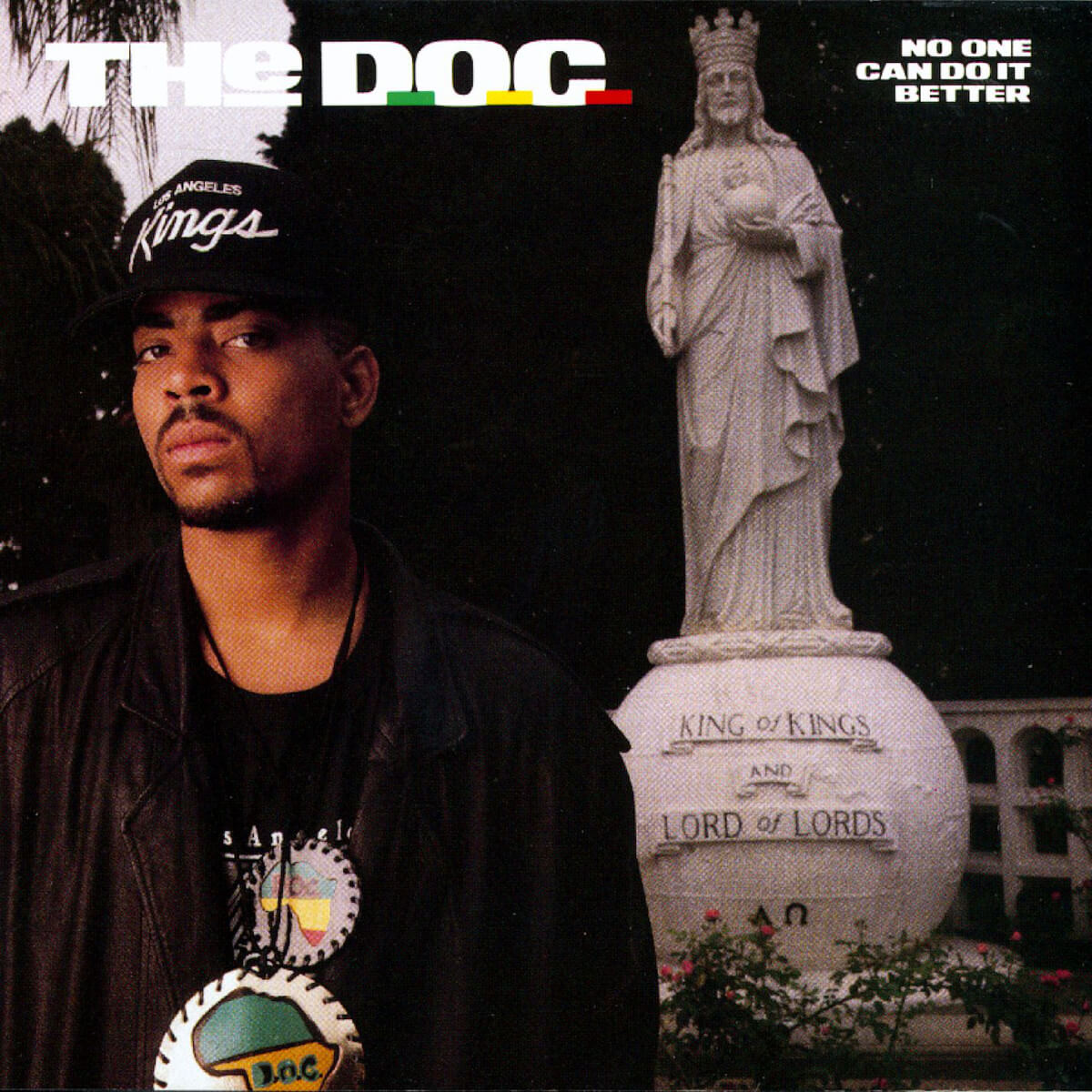 “This is to listen to, so ask not a question, not to be taken as a simple suggestion, but a warning, to whom it may concern, if knowledge is the key then I think it's time you learn”

Lend Me An Ear

No One Can Do It Better

Portrait Of A Masterpiece

No One Can Do It Better reached number-one on the US Top R&B/Hip-Hop Albums chart for two weeks, while peaking in the Top 20 on the Billboard 200 chart. The album was certified gold by the RIAA three months after it was released, and platinum on April 21, 1994.

This was the only solo album The D.O.C. was able to record before a car accident resulted in crushing his larynx; in recent years, however, he has been undergoing vocal surgery. He would not release another album until 7 years later, with Helter Skelter (1996).

Idolizing East Coast acts such as Run-D.M.C. and Public Enemy, The D.O.C. always showed more of a lyrical style, not talking about guns, drugs and violence. The album received a Parental Advisory sticker because of the final track on the album (“The Grand Finalé”). Most of the songs were influenced and sampled from funk artists such as Marvin Gaye, Parliament, and Funkadelic, but one track in particular was influenced by other genres, “Beautiful But Deadly”, a rock Hip Hop track, influenced by Run-D.M.C. with a heavy guitar riff throughout the song (it borrows from Funkadelic’s Cosmic Slop).

No One Can Do It Better also features additional vocals by Krazy Dee (who also co-wrote the N.W.A song “Panic Zone” from N.W.A. and the Posse), J. J. Fad, Yomo & Maulkie and Michel’le, who were all part of Ruthless as well. Andre “L.A. Dre” Bolton and Stan “The Guitar Man” Jones, who play keyboards and guitar on some of the tracks respectively, also worked for the label. (Wikipedia)