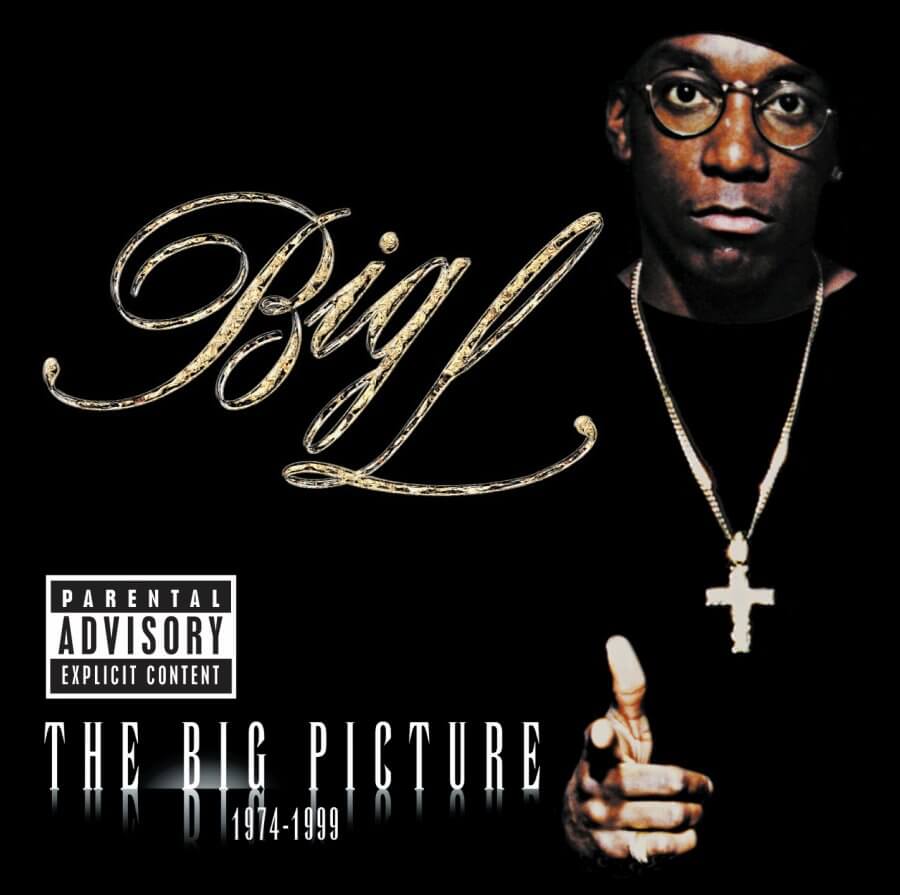 “I know you like the way I'm freakin' it, I talk with slang and I'mma never stop speakin' it”

Casualties Of A Dice Game

The Big Picture is the second and final studio album Big L. The album was slated for a 1999 release, but due to L’s murder, the album was posthumously released on August 1, 2000 on Rawkus Records.

Recording sessions for the album took place primarily at D&D Studios in New York City, New York during 1997 to 1998. The album was produced by DJ Premier, Ron Browz, Ron G, Lord Finesse, Pete Rock, Shomari, Mike Heron, Ysae, and Showbiz. The album features the popular singles “Ebonics” and “Size ‘Em Up” (the later of which was the last single released while Big L was still alive), as well as the #1 Rap single “Flamboyant”. The Big Picture features appearances from Fat Joe, Guru, Kool G Rap, Big Daddy Kane and 2Pac.

It was certified gold by the Recording Industry Association of America in October 2000.