“I Left My Wallet in El Segundo” is the debut single from A Tribe Called Quest‘s debut album People’s Instinctive Travels and the Paths of Rhythm.

All of the music video is narrated, and the story is as follows. The group is at a police station and Q-Tip tells the story (i.e. the song). Initially, his mother wins a game show prize and goes on a month long cruise trip. After her departure, Q-Tip calls Ali and they take a road trip across America in Q-Tip’s mother’s car. The group gets lost on the way and Q-Tip asks a dwarf with a sombrero for directions. He tells them that they are in El Segundo and a mile away, there is a fast food station. They get there and eat, Ali has the fruit punch, Q-Tip pays for the lunch. Q-Tip is distracted by an attractive woman and forgets his wallet before they leave. The waitress then takes his wallet off the counter. They return home and Q-Tip drops Ali off at his home. Then, Q-Tip realizes that his wallet is missing and he rounds up the group to get it back. When they get back to El Segundo, they want to stay longer, and the video fades out. 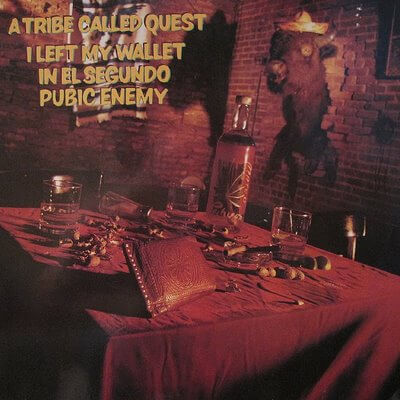