“Check the Rhime” is the first single from A Tribe Called Quest’s second album The Low End Theory.

The music video, directed by Jim Swaffield, starts out in front of houses and moves to a cleaners store where the group performs on the roof, in Queens, New York in front of a large crowd. The cleaners featured in the video is still at the corner of 192nd & Linden Blvd in St. Albans, Queens. 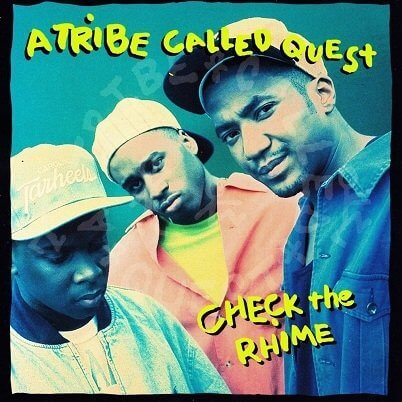