“Bonita Applebum” is the second single from A Tribe Called Quest‘s 1990 debut album People’s Instinctive Travels and the Paths of Rhythm.

The video directed by Charles Stone III opens with Q-Tip doing the intro by asking Bonita questions. Then it has little stick figure cartoon characters who see Bonita and chase after her. The group is seen walking and dancing. Q-Tip starts the first verse at a party. Then the group stops because a kid is seen catching a baseball and they were going to be hit. They stop again because they see a man playing a piano. Soon the kid who was playing baseball is seen dancing, and Q-tip is behind a violet curtain trying to impress Bonita. The group is wearing helmets while cassette tapes are dropped on them, and the video ends with the group at the party with other people dancing. 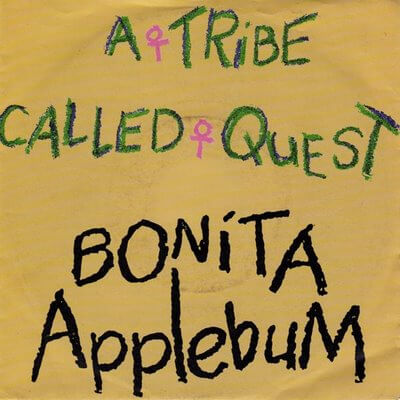