TOO COLD TO HANDLE: Ice T Has Lessons For Days 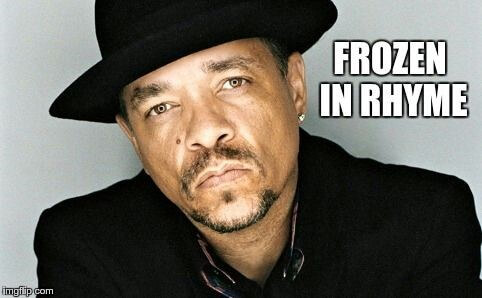 “There’s no way I’m getting out this f-ing car.”

Now, there weren’t many times that I became firm with my father while growing up. Besides being old school as hell, Dad was a very large man that I respected. When I got out of line, my father had no problem putting me back where I belonged. However, this afternoon in Inglewood would prove to be a breaking point for me, as I could only think about a certain video I saw just a few months ago at that moment.

The summer of 1987 was a weird time. We were in the middle of yet another cross-country move, this time leaving sunny Florida for Southern California. This move wasn’t unusual, as we frequently swapped coasts when we were growing up. With my brother and I getting bigger and better at basketball, Dad would like to drive to local gyms and playgrounds so we could ball with adults. Now that we were back in Cali, Dad was eager test our mettle, so he decided to pull up to a random playground. Suddenly, I had a flashback.

Watching the video to “Colors” was like opening Pandora’s Box. No longer would my eyes ignore the dirty truth about society’s dark forces, which I used to do simply by assuming the best of people. No, it ain’t all sweet. Some kids really did get shot over Halloween candy. Some nightmares walk on two legs, ready to interrupt any dreams they encounter.

Here I was, sitting in a car in a random neighborhood in LA, not having the slightest clue on how to navigate around gangstas, dressed head to toe in my red school colors.

You see, this is why I don’t just appreciate Hip Hop but have genuine affection for the art form. Who knows what kind of danger I might have ran into that day, and thanks to acquiring that crucial amount of street knowledge, I found myself woke at exactly the right time. IceT has consistently kicked the facts to public, with a wide variety of hood tales that educated as much as they entertained.

And then there’s the flow. Man, Ice has a technique that’s greatly underappreciated. Besides being articulate as hell, he’s one of the few MCs that has a rhyming rhythm, as in there’s a melodious quality to his words that has nothing to do with the beat.

While very obvious when an MC like Slick Rick does it, the skill can be easily overlooked without the singsong style. This tells me that Ice is a rhymes first MC, not choosing to flow over beats just for the sake of it, rather purposeful intent on getting a message out.

Every lesson is a winner. Whether a street hustler or a boardroom gangster, no one is immune to the rules. Ice T has made a career out of passing out lessons, thankfully blending an effortless looking grown man rap style with every imaginable street angle covered and demystified.

The engine started up and off we went. Dad never tried that ever again.