The song is solely done by Flavor Flav. It was released as a single and became a hit in June 1990, reaching number 15 on the Hot R&B/Hip-Hop Singles & Tracks chart, and number 1 on the Hot Rap Singles chart, becoming their second number-one rap chart hit after “Fight the Power“.

The song is about the lack of response to emergency calls in a black neighborhood, but specifically references the poor response by paramedic crews and not the police, which is a common misconception regarding the track; the “911” in the title of the song refers to 9-1-1, the emergency telephone number used in North America.

Among the samples used in “911 Is a Joke” is Vincent Price’s laughter from “Thriller” by Michael Jackson. Other samples include “Flash Light” by Parliament, “Misunderstood” by Mico Wave, “Think (About It)” by Lyn Collins, “Gottago Gottago!” by Robin Harris, “Devil With the Bust” by Sound Experience, “Feel Like Dancing” by Wilbur “Bad” Bascomb, and “Hit by a Car” and “Singers” by Eddie Murphy. According to law professors Peter DiCola and Kembrew McLeod, if the samples used on “911 Is a Joke” and the other tracks on Fear of a Black Planet had been cleared for copyright under 2010 rates, each copy of the album would have generated a loss of five dollars per album sold, instead of a profit. (Wikipedia) 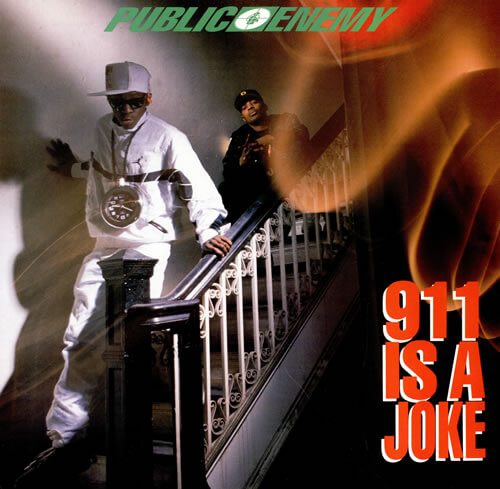