What’s good cats and dogs?  Before I begin on this twentieth-anniversary release, let me first give love to those giving me feedback on these reviews and giving those who never got exposed to these albums at the times of their release some exposure to the greatness of these albums. I still have a few more to cover. Many forget that ’96 was one of the strongest years in all of Hip Hop, and we haven’t gotten too many years like that since. With that being said, let’s get on with the next review, and this one could cause a little controversy. 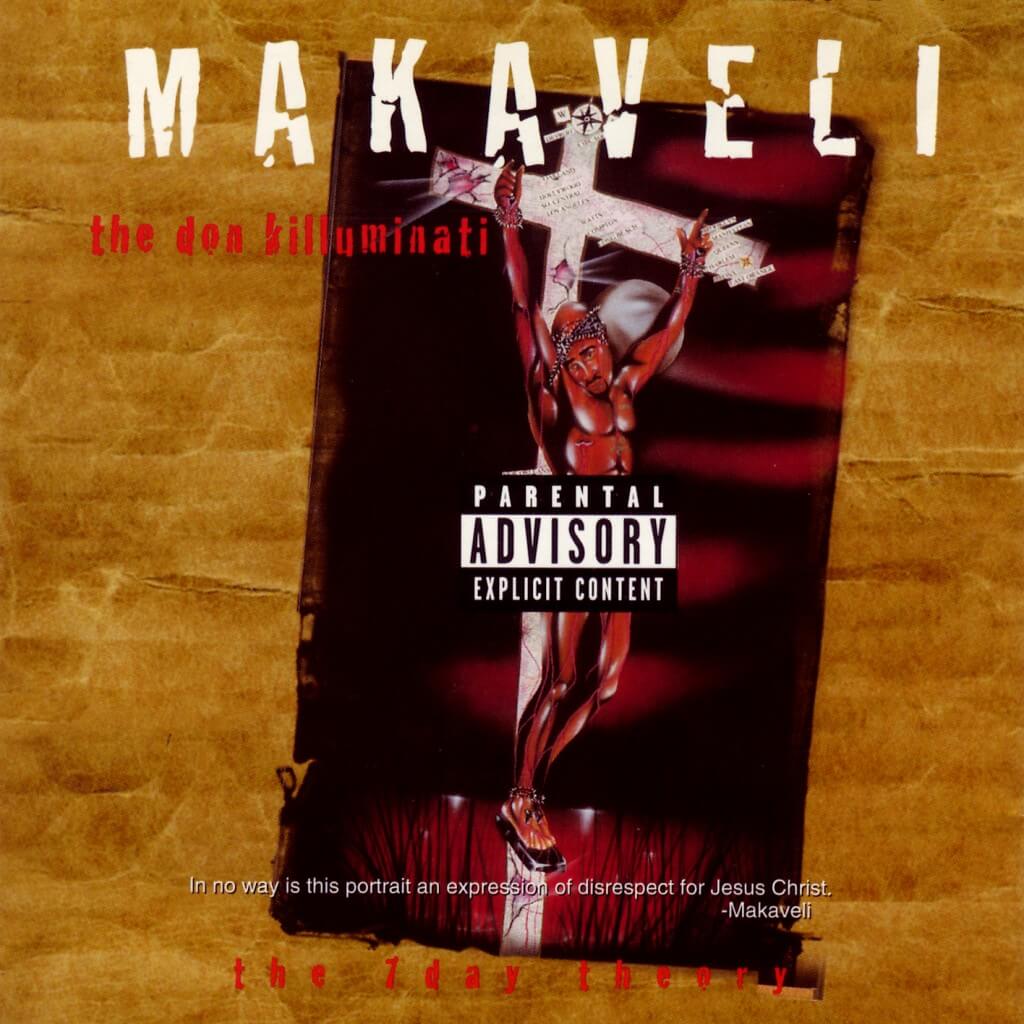 This entry belongs to the late, great icon 2Pac, or should I say his alter ego, Makaveli. Released before the previously written about Redman’s Muddy Waters, this was an all-out assault on all of Pac’s enemies that he had beefs with. From Biggie & Puffy to Mobb Deep, Nas, De La Soul, Jay-Z, Haitian Jack, Jimmy Henchman, and more, Pac was clearly tired of playing games. A far cry from the more radio-friendly, commercial smash that his earlier released Diamond-selling mega-smash All Eyez On Me (stay tuned next week for that one), this one went for blood and aimed for the throat upon its release. When he tragically died on September 13, 1996, he left behind an AMAZING catalog of songs that would end up on later albums and certainly the famed Makaveli mixtape series. This album was written, recorded, and mixed within a week and provided some of the most heat seeking moments ever catered on wax.

Fresh off the most venomous dis record of all-time “Hit ‘Em Up”, this album was filled with very similar cuts such as “Bomb First”, “Against All Odds”, and even a dab at Dr. Dre on “Toss It Up”. This was a noticeably darker, more angry album and with these tracks, along with other tracks like “Life Of An Outlaw”, “Blasphemy”, and “”White Man’z World”, this was a brutal and, at times, uneasy listen.

Sure, he was best known for arguably his most successful single ever, “Hail Mary”, this was an album that showed the recklessness and fearlessness of Shakur.  Gone were the days of social consciousness, Black pride, praising our women, and having gangsta parties on a consistent level. This was an album that was filled with so much angst and animosity that one had to wonder what his snapping point would be. Don’t get me wrong, we saw bits of his social activism and adoration of women on the aforementioned “White Man’z World”, “Hold Ya Head”, and “Just Like Daddy”, but this was overall verbal viciousness that no other Pac album had quite delivered.

He was conscious and socially aware on his first two albums, very reflective and introspective on the classic Me Against The World, and celebrating freedom and life on All Eyez On Me, but this was the fed up, yet paranoid, outlaw. The fact that this much pent up aggression was contained within twelve tracks and done within a week is incredible in itself. Don’t believe me, just peep “Me and My Girlfriend” (sorry Jay-Z, you and Beyonce didn’t cut it with your collaboration and reworking of this. At all.)

Regardless of all the people he went after in this album, this is regarded as one of his true best efforts, alive or posthumously. Pac was always a very passionate and honest emcee, but he hit new levels of intensity and emotion on this album, making this quite possibly the realest album in his discography besides Me Against The World. In the years since the release, many have looked at his first only release as Makaveli as one of influence and being ruthless on wax towards people whom they would beef with. Trust and believe, Don Kiluminati: The 7-Day Theory still remains as a gem of an album, like him or not, and one just hopes that he made internal peace with most or all his enemies before he finally went home.