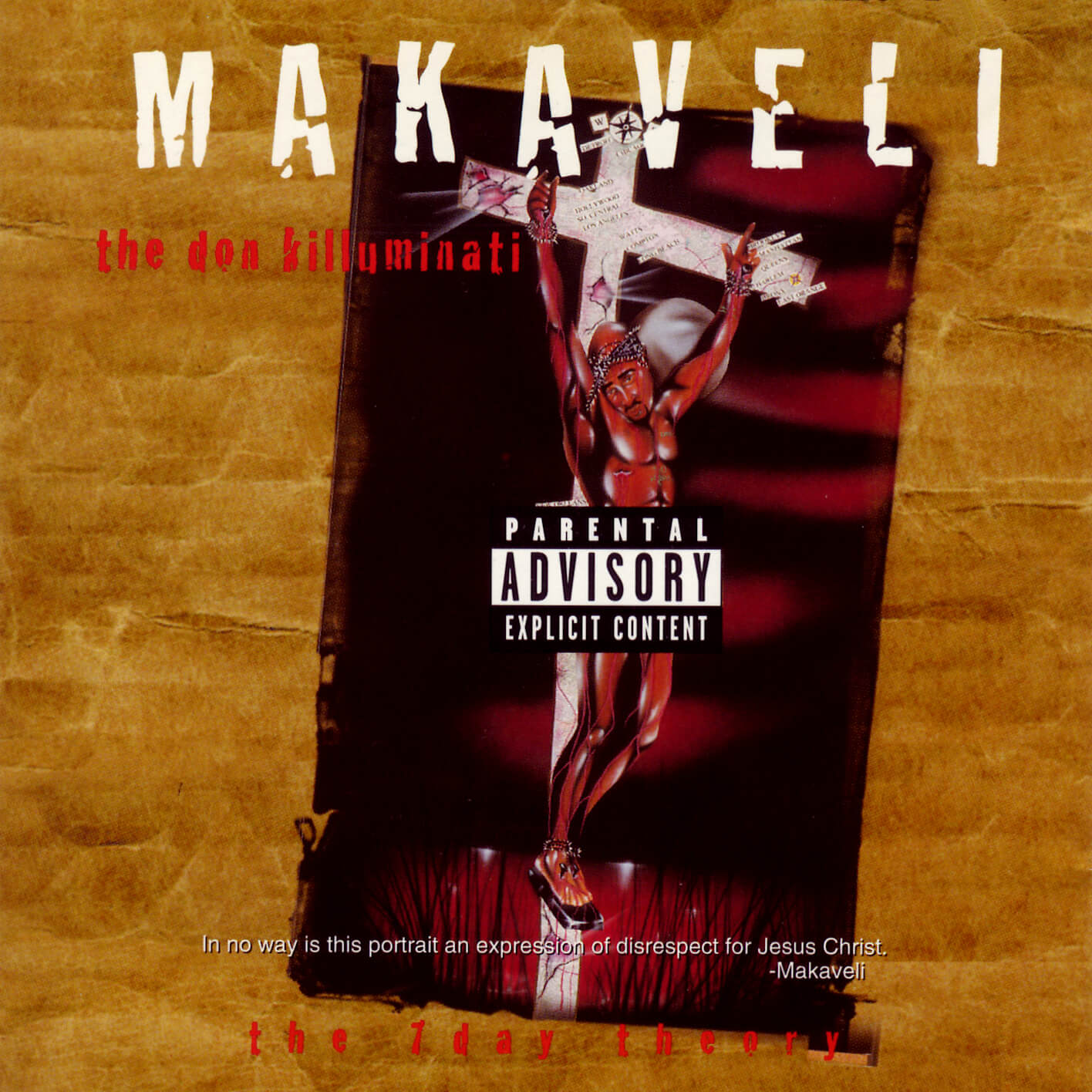 “To live and die in LA, where everyday we try to fatten our pockets - us n****s hustle for the cash so it's hard to knock it”

Life of an Outlaw

Me and My Girlfriend

The album was completely finished in a total of seven days during the first week of August 1996. The lyrics were written and recorded in only three days and mixing took an additional four days. These are among the very last songs 2Pac recorded before his fatal shooting on September 7, 1996. The album was originally due for release in March 1997, but due to his death, Suge Knight released it four months earlier.

Though 2Pac had been using the new name Makaveli or Makaveli Tha Don as far back as All Eyez On Me, the Makaveli album was conceived as a sort of introduction for Shakur’s alternate stage name. Thus, the album’s sleeve contains the text, “Exit 2Pac, Enter Makaveli”.

Before his death, 2Pac wanted to start his own record label, which he envisioned as Makaveli Records. 2Pac fulfilled his three-album obligation to Death Row quickly in order to move on from Death Row Records and start Makaveli Records. According to personal bodyguard Frank Alexander, 2Pac didn’t like Death Row. Artists slated to be on Makaveli Records included not only himself, but the rest of The Outlawz, as well as Storm, Bad Azz, One Nation, Bobby Brown and Greg Nice among others.

While All Eyez on Me was considered by Shakur “a celebration of life”, The Don Killuminati: The 7 Day Theory is a much darker album. Shakur’s style of rapping is still emotional, but is intensified throughout this album. Some songs on the album contain both subtle and direct insults to Shakur’s rivals at the height of the East Coast – West Coast feud. Rappers insulted on the album include The Notorious B.I.G., Puff Daddy, Jay-Z, Mobb Deep, Q-Tip, De La Soul, Dr. Dre & Nas.

Although Shakur insulted rapper Nas on “Intro/Bomb First (My Second Reply)” and “Against All Odds”, rapper Young Noble, who appeared on several songs on The 7 Day Theory, stated in an interview that the Nas song “I Gave You Power” served as a main inspiration for Shakur’s “Me and My Girlfriend”

The album peaked at number one on the Billboard 200. The album generated the second-highest debut-week sales total of any album that year, selling 664,000 within its first week in stores. In the second week of its release, it dropped to the number two spot, selling a strong 250,000 units. The album was certified 3x platinum in April 1997 and then 4x Platinum on June 15, 1999. As of 2004, the album has sold more than 5 million copies in the United States which makes it one of the highest-selling Hip Hop albums of all time. (Wikipedia)