“Doin It” is the second single from LL Cool J‘s sixth album, Mr. Smith, and was released on February 20, 1996 for Def Jam Recordings.

Based on a sample of Grace Jones’ “My Jamaican Guy”, it also featured LeShaun (who previously released a song with the same sample and theme in 1993 titled “Wild Thang”), production from Rashad “Ringo” Smith and LL Cool J. “Doin It” was a success for LL Cool J, making it to #9 on the Billboard Hot 100.

The video was shot in December 1995, and it was directed by Hype Williams. LeShaun did not appear in the music video, as she was pregnant at the time, so different models took her place and lip sync her parts.

The crowd noise played throughout the song, shouting “Go Brooklyn”, is sampled from “Top Billin'” by Audio Two. 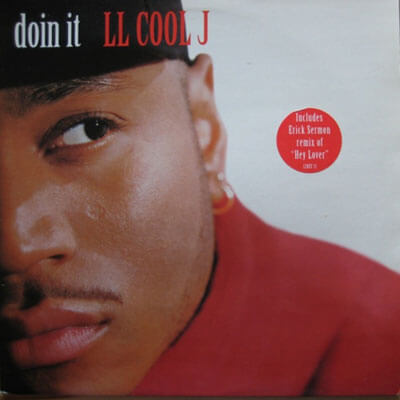