There are disappointing albums, and then there are albums that should’ve never made into our lives even for a minute. These are albums so embarrassing, they shouldn’t even be considered Hip Hop. Fortunately, there aren’t a ton of them floating around, but there are enough bad albums to tell people to stay away from these albums if you value quality at all. With that being said, let’s get to it. 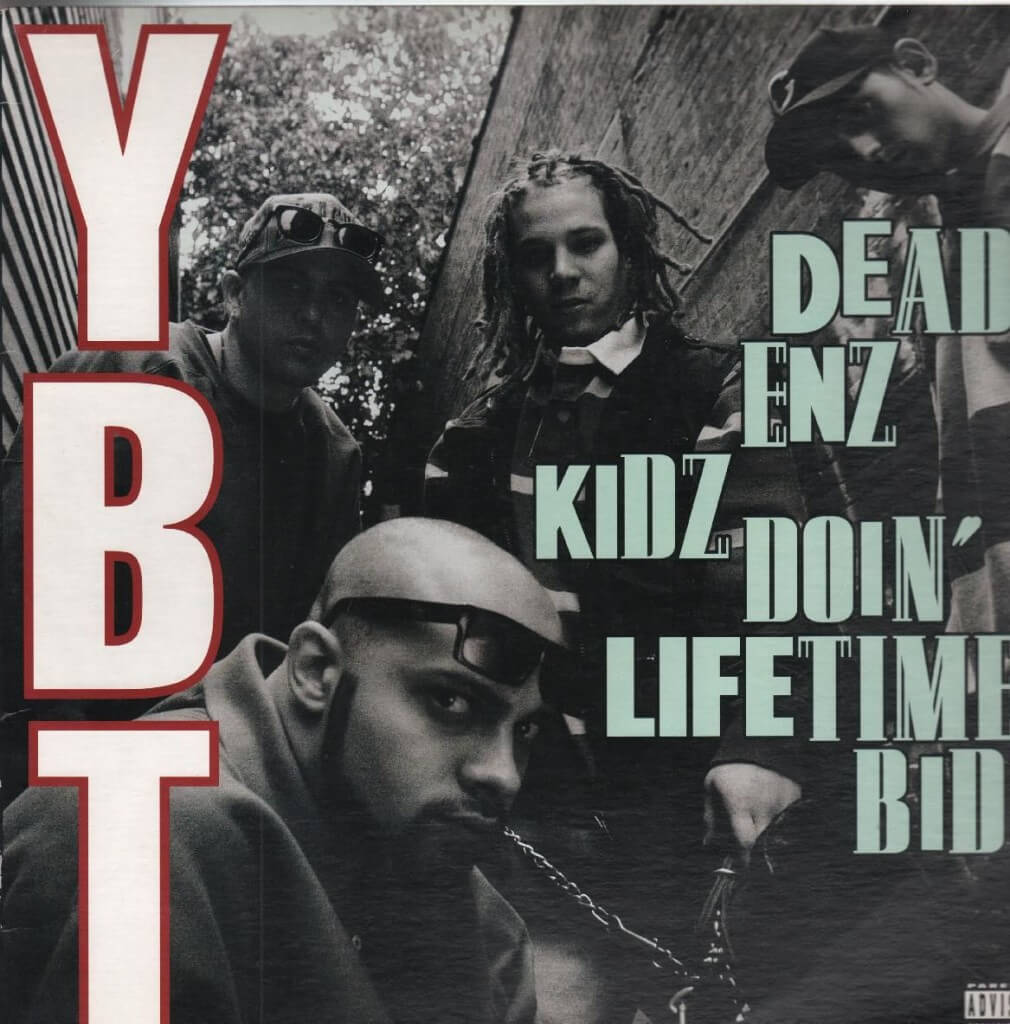 In the early nineties, Kamron, DJ Skribble and company released this album, and while they got a little buzz due to their association with Public Enemy’s powerhouse production team, The Bomb Squad, their name (none of these cats were Black in the group) and the overall feeling of having copied-and-pasted lifestyles made this album, and subsequently their career as a group, a waste. 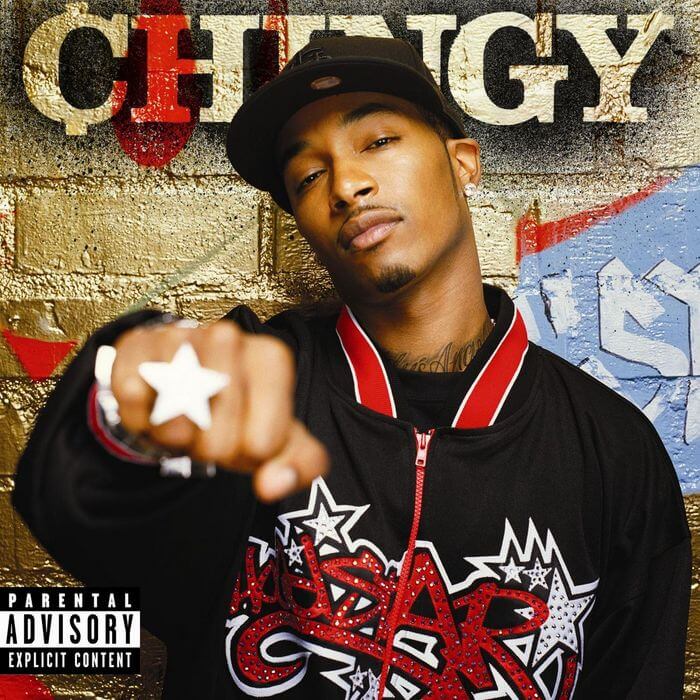 Former DTP artist Chingy made noise with his single “Right Thurr”, being the next star to emerge from St. Louis and following in the footsteps of trailblazer Nelly. The debut album, Jackpot, while not the most favored album of that year, still established him as a new sensation. It was a downhill trip from there. His worst came in the form of Hoodstar. There was only one rotation-worthy cut from this and that was the Tyrese-assisted “Pulling Me Back”. From there, this album had very formulaic cuts and very lazy lyricism. His career has all but ended since then. 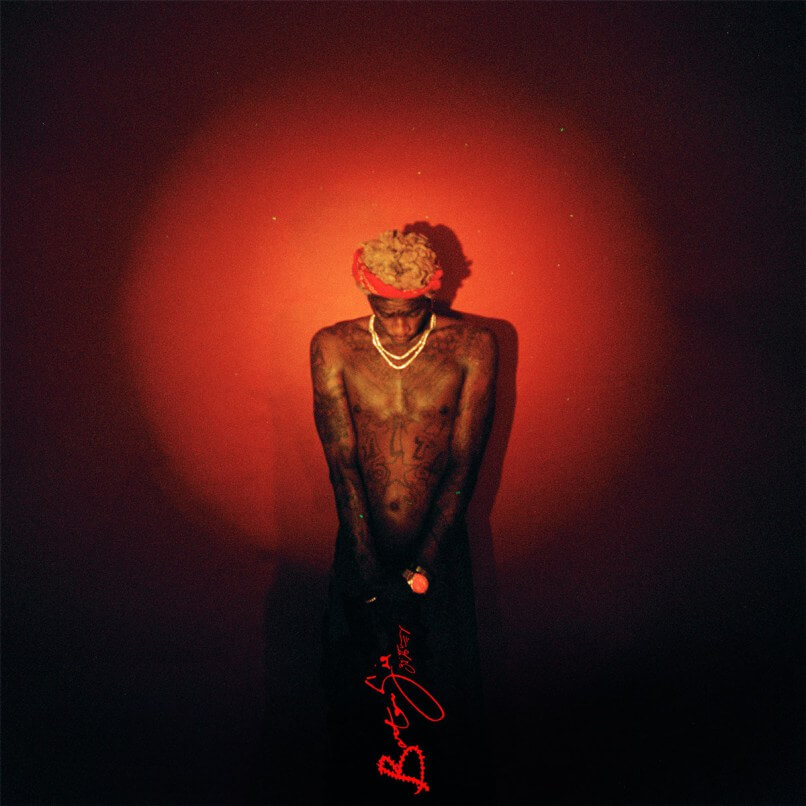 I’m not real sure what to say about this cat that many haven’t said about him before. Many consider him among the leaders of the feminized male generation. Others say he’s more of a cartoon character, and even more negative statements about him as an artist.

This album was a play of the Carter series by supposed hero Lil’ Wayne. Only he called it Barter by replacing the ‘C’ with ‘B’ to insinuate his Blood affiliation. This album is everything we figured it would be. While the production isn’t half bad, what makes the album bad is…well…him. This shouldn’t surprise most people, though. 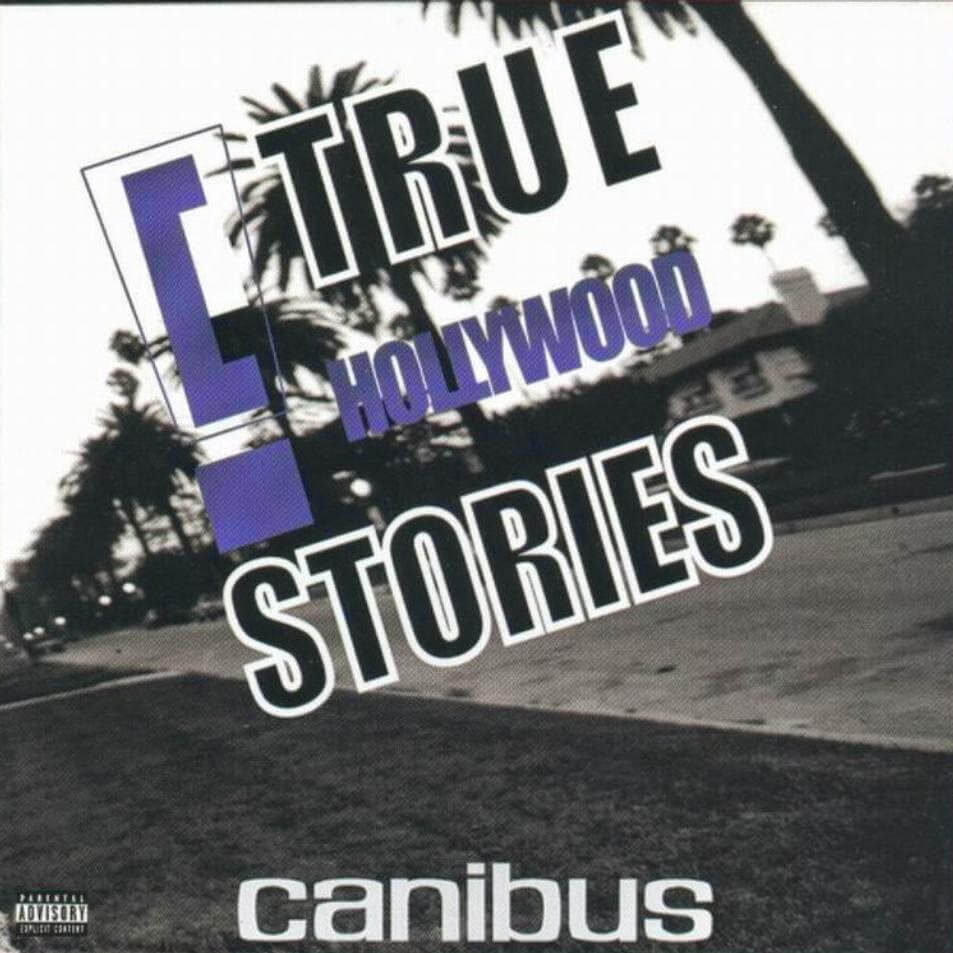 Nobody can deny the talent that is Canibus. Lyrically, he’s among the nicest in the game, as he’s forever a battle-hungry beast. While his debut, Can-I-Bus, was a disappointment, it wasn’t totally a failure. His follow-up, 2000 B.C., was very similar with slightly better production. However, once he went indie, things went very sour.

This album was clearly left field of his prior two works. He was very strangely obsessed with Eminem, and raps from the perspective of “Stan”.  The concept is odd in itself, and borderline creepy, but it was the production of this album that truly made this album a big miss. 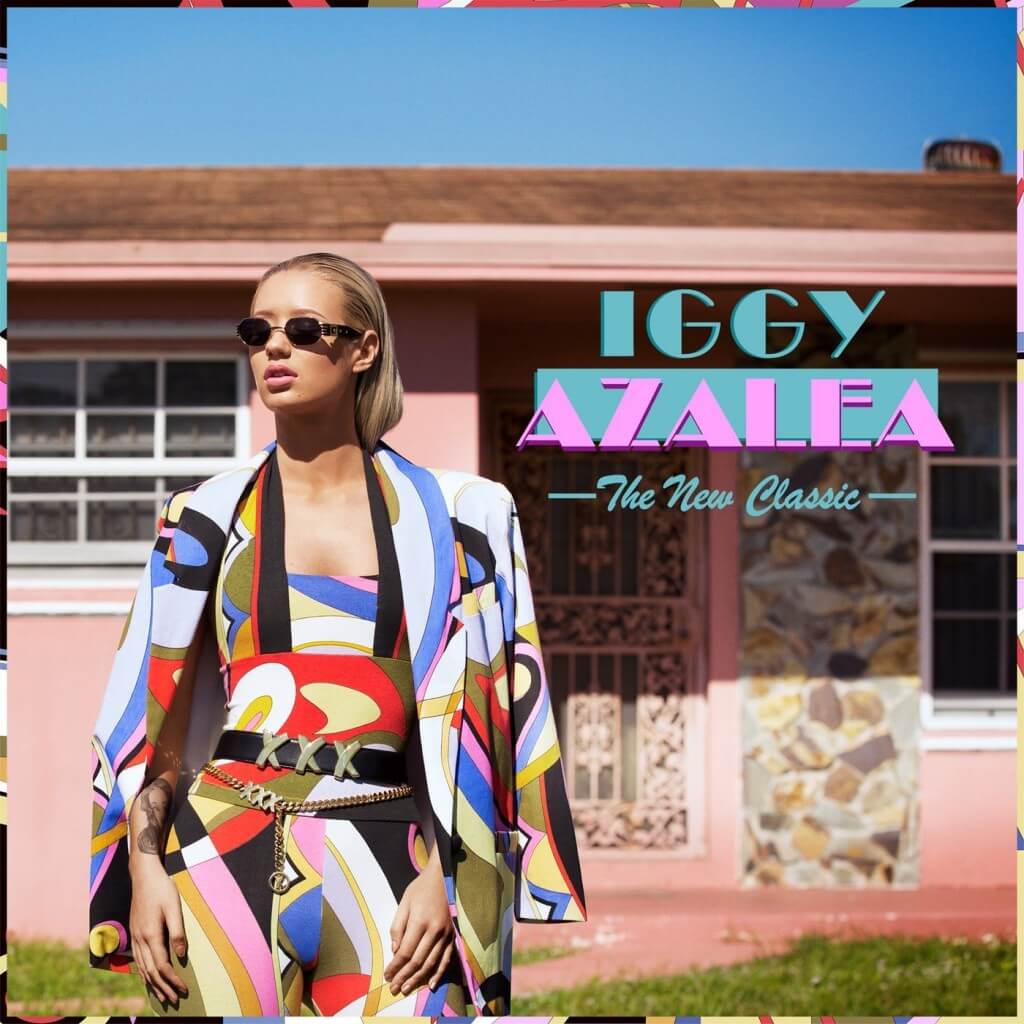 Much like Young Thugga, what can be said about her that hasn’t already been said. She definitely set White people in Hip Hop back some two decades with biting and copying the likes of which brought up bad memories of Vanilla Ice. This was buffoonery at its finest in 2014-2015.

Yes, she had some chart hits like “Black Widow” and especially “Fancy”, but again look at the audience it was catered to. This was never made for Hip Hop. This was made for Pop and the most casual of rap fans. Zero quality. 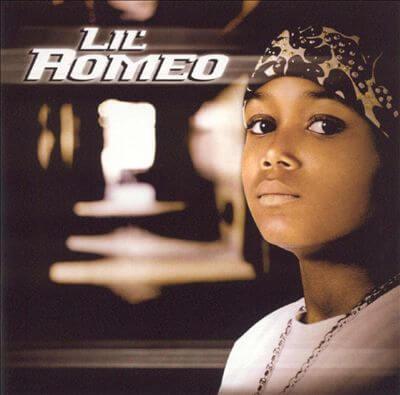 We can blame this on the fact that his ever famous hustling father wanted him to be a big crossover smash. He was a little charmer at twelve years old at the time, and was right along other teenage stars at the time like Bow Wow who were dominating the charts and 106 & Park.

Unfortunately, this album contained enough terrible material to make it to the dollar rack aisle in your local record isle. The good news is that it was never meant for grown folks anyways. 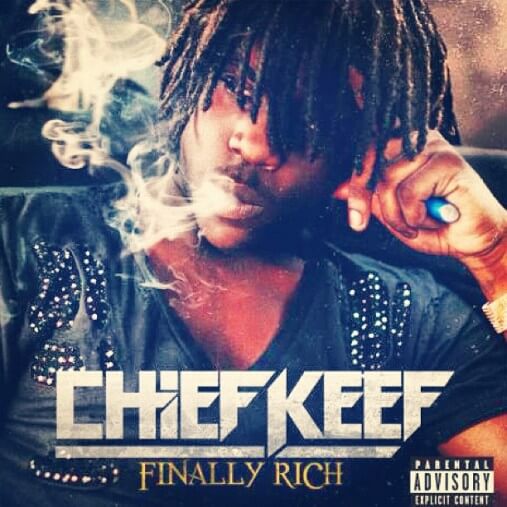 Chicago, at one point, was an amazing hotbed for Hip Hop talent, ranging from Common to Twista to Do Or Die. We later got introduced to cats like Rhymefest and some cat named Kanye. Also, Lupe came along and changed the game as well.

What the hell happened? The Chi became known for what was known as “Drill Rap”, which was headed by a seventeen-year-old goon named Chief Keef. He and his Glory Boyz crew introduced a new type of sound that was menacing, dark, vicious, and not at all lyrical. Chances are, if you’re into down south trap, you’d dig this as well. His debut full-length album was full of brooding, haunting beats, but rhymes that sound as elementary as a third grader. 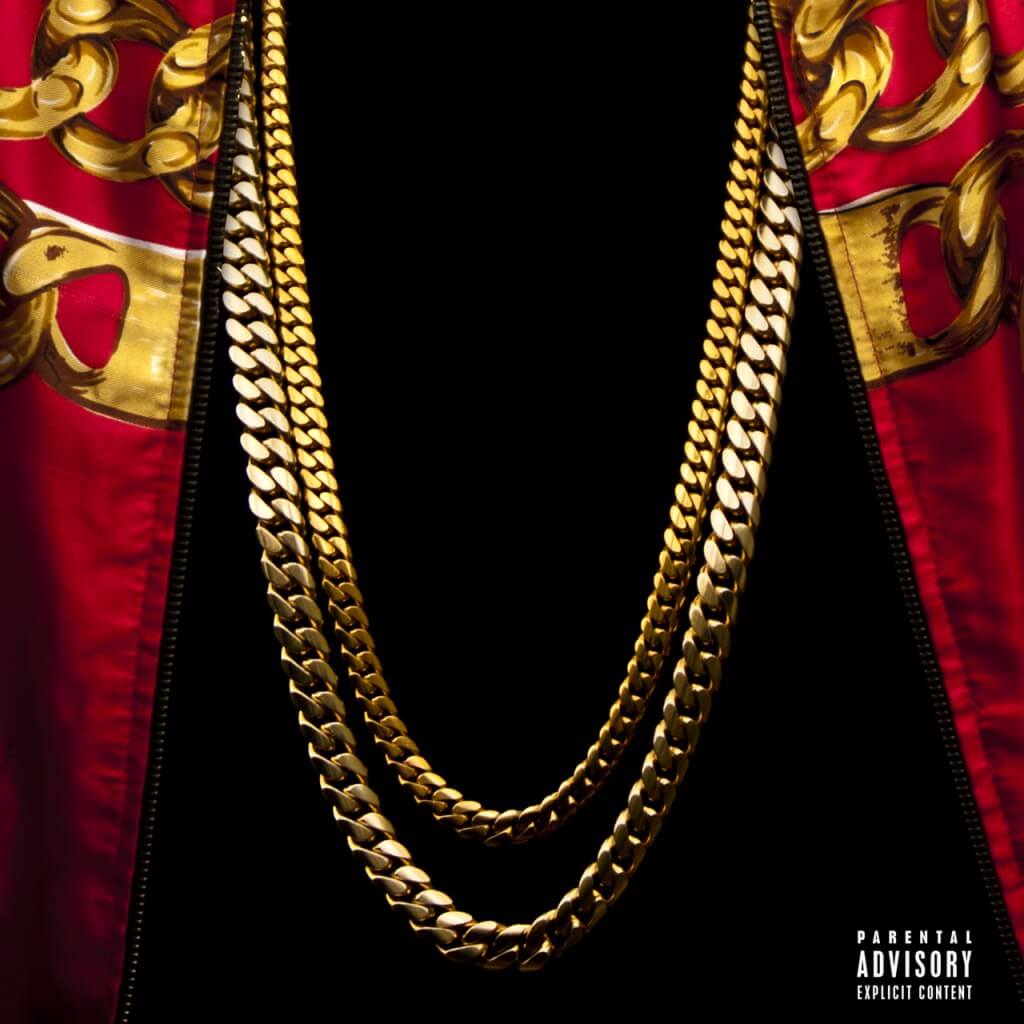 The hype behind this cat was through the roof a couple of years ago. He was guesting on a lot of different cuts with various artists and his mixtapes were causing almost mass hysteria in the streets. Not bad for the former DTP signee and half of Playaz Circle. His debut dropped, and we wished it didn’t. Though the beats were pretty on point, that was it.  For a veteran in the game, we expected much more than this. For all the guests on the album, he got over-shined on all of them. ALL of them.

This was bland, unoriginal in every detail, and perpetuated every stereotype to come from what was popular on the radio. Yes he can rhyme, yes he has flow, and yes he’s a star with talent. However, this was knocking on shameful. 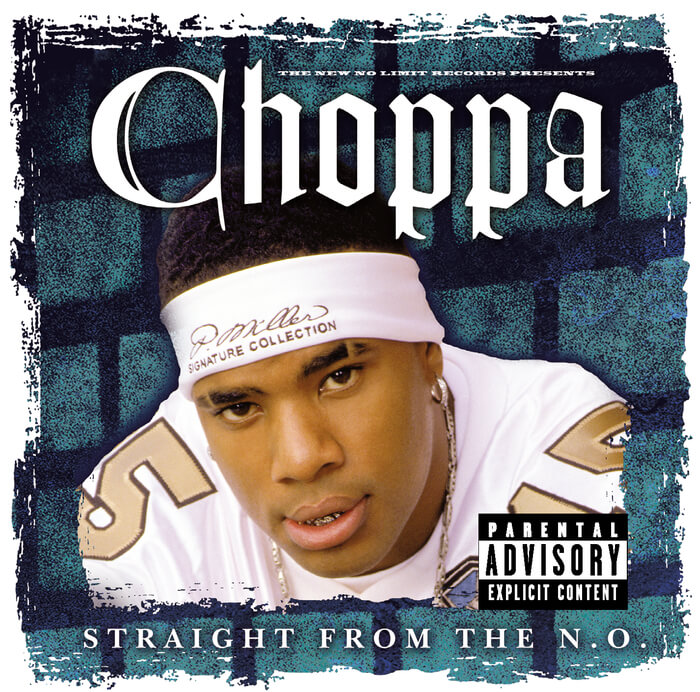 This is an example of how one good hit in the club doesn’t mean a damn thing for a whole album. Look no further than this former No Limit soldier had a sure fire club hit with “Choppa Style”. To his dismay, the rest of the album was filled with album filler and creatively dead cuts with mediocre beats. In his defense, this was during the start of the “hits first, money second, legacy last” mindstate that he had become absorbed in. Well folks, let’s the laughter begin. I don’t care who you are, you were a fan of MC Hammer’s music in the early nineties. Whether you wanted to or not, you were up dancing and having a good time with his music. His first two albums made him an official crossover star and became a Pop music superstar.

Somewhere along the line, Stanley Burrell had enough of people talking shit and calling him a sellout and all. Hence, he emerged with The Funky Headhunter, a noticeably harder, edgier album that was completely unnecessary and made him look stupid. He clearly acted like he wanted to prove something in an age of gangsta rap emerging and him  needing to stay relevant and of importance. Who can forget the infamous “Pumps & A Bump” video and the completely atrocious “It’s All Good”? Every album up to this point isn’t necessarily considered WACK, but this one so far comes the closest and in fact is right there on the line. 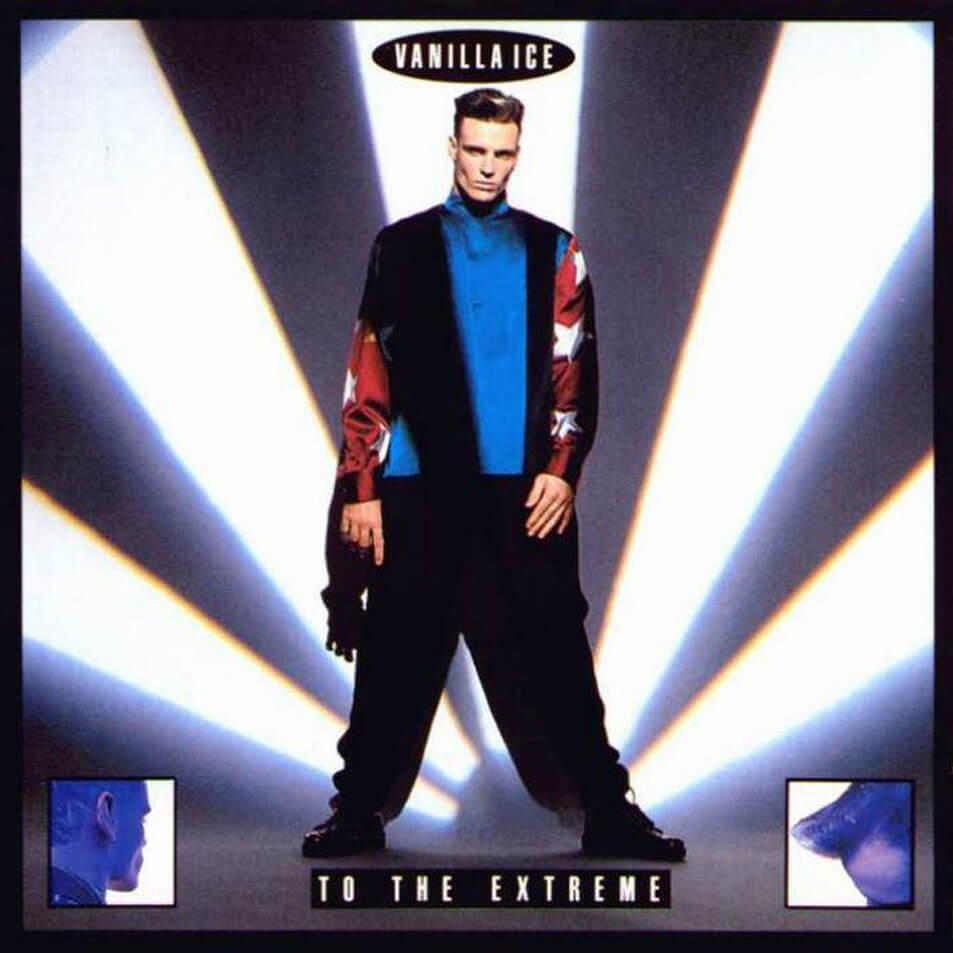 When it comes to White rappers perpetuating stereotypes of Hip Hop, and being talentless at that, look no further than the one that originated it all. Rob Van Winkle had a favorite in “Ice Ice Baby”, but then the rest of his album revealed that he was really just a parody, and he was everything that was wrong about White suburban kids coming into the game.

Shouts to the Beasties and 3rd Bass for being down, and we totally see why Ice’s likeness got his ass kicked in “Pop Goes The Weasel”. He wanted to be a star so bad at the expense of Hip Hop and it bit him right in the ass. 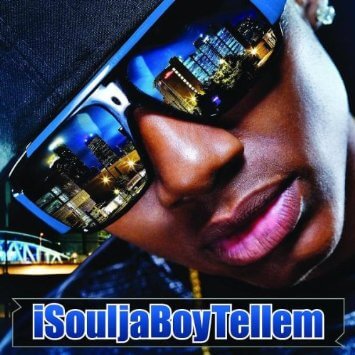 Not really sure how much detail I need to go into with this one. He tried to replicate the “success” of his debut album and depending on your view of it, he succeeded. This is not flattering by the way. He dominated the old BET franchise show “106 & Park”, but this was clearly a sign of the generation we were in at the time. Dumb dances and even dumber sayings were the rule and this album was among the leaders of the degenerative era. Ummm…I’m not too sure what to say about this cat. The Houston native is as gimmicky as any wanna be rapper there’s ever been. Although establishing a small bubbling noise in H-town’s underground by being down with SwishaHouse, he soon left from that circle to establish his own identity to where he was virtually considered something of a comedic act, or at the least one not to take but so seriously.  This album,

This album, Neon Icon, made a lot of noise in a lot of different areas.  Although he had assistance from DJ Mustard, the album is very unfocused, incohesive, and is not an entertaining listen. For those that don’t take rap seriously, this is definitely your album. 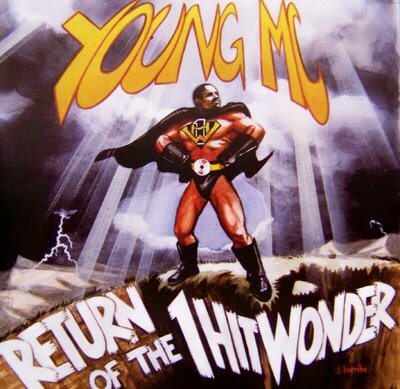 I only have one thing to say about this one. How many albums have ever had the pleasure of getting ONE mic in The Source? ONE. MIC. After

After listening to it, this was the best decision ratings-wise they ever gave to anyone besides giving Nas five for Illmatic. That is all. Welp, what can you say? He became an internet sensation literally overnight with his viral crazy, nationwide infected dance called, dun dun DUN, the “Soulja Boy”. From the very young to the middle aged, everyone was doing, or attempting to do the “Soulja Boy”. This was enough to put him on the Forbes list, earning him over seven million dollars that year just from the dance craze and putting out the subsequent album.

I’m going to stick with the facts here, this is not for the over twenty-five-year-old crowd. This is strictly for those that are pre-teens to teens. The most generic rhymes and beats perhaps ever heard on wax, this showed the shallowness of the generation’s climate during that time. Was it fun With tracks like “Crank That” and “Donk”, yeah it was. That’s as far as it goes. Don’t expect any of the following: substance, good lyricism, decent production, and fluid cohesiveness. Sadly, he became the leader of non-substance and lyrical laziness in Hip Hop so this became a trendsetter and trailblazer in ways that are in no way flattering.

This is folks, the definition of the word I haven’t described in one album on this entire list…WACK!

Let’s face it. These albums have no redeeming qualities about them. Although some of the people on the list are in fact talented, they should’ve known not to have product like what was put on this list out for the world.

While we love to celebrate milestones in Hip Hop like To Pimp A Butterfly, Illmatic, It Takes A Nation Of Millions…, BE, The College Dropout and Aquemini, there are unfortunately those albums that make you cringe and will make further consumer never purchase these albums.

Let’s not dwell on these embarrassments, instead let’s focus on the best this game has to offer. Until next time folks, take it easy!