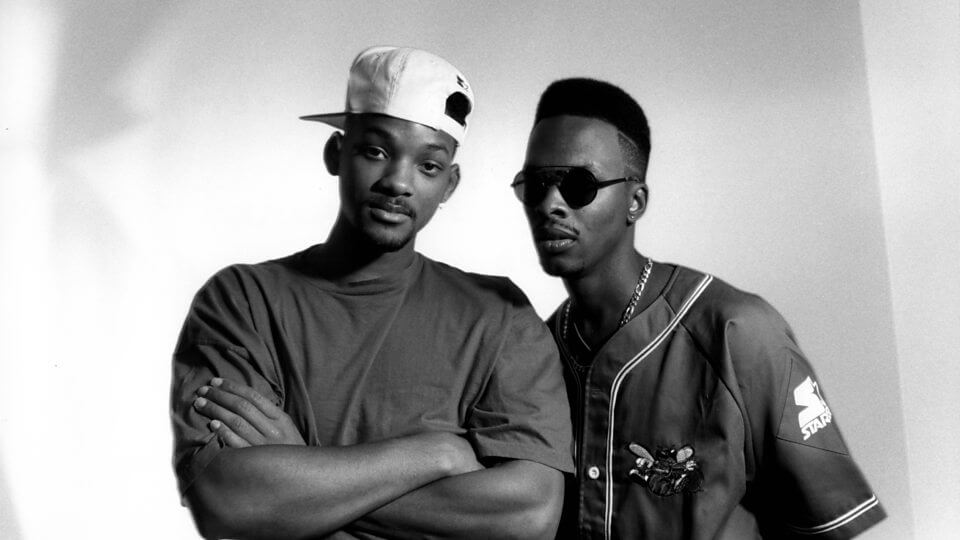 Remember the days when it was OK for Hip Hop to be clean and fun? When it was OK not to talk about guns, drugs, money and hoes, and when profanity was not needed? DJ Jazzy Jeff & The Fresh Prince were a Hip Hop act even your mom could be down with, but that make them soft nor wack. Jazzy Jeff is one of the best Hip Hop DJ’s ever, and a true pioneer and innovator (one of the inventors of the ‘transformer’ scratch). The Fresh Prince was an excellent emcee – with storytelling abilities, flow, humor, and charisma. Together they made some excellent Hip Hop, especially in their earlier career. For this list we have selected our top 15 DJ Jazzy Jeff & The Fresh Prince songs – are your personal favorites in there?

“Now I have a story that I’d like to tell / About this guy you all know him, he had me scared as hell! / He comes to me at night after I crawl into bed / He’s burnt up like a weenie and his name is Fred! / He wears the same hat and sweater every single day / And even if it’s hot, outside he wears it anyway! / He’s gone when I’m awake but he shows up when I’m asleep / I can’t believe that there’s a nightmare – on my street!”

“A Nightmare On My Street” is one of the centerpieces of their smash-hit second album He’s The DJ, I’m The Rapper. Capitalizing on the popularity of the ‘Nightmare On Elm Street’ movies and the creepy Freddy Krueger main character, Jeff and Will become part of the Elm street universe. Funny song, funny video.

Kind of goofy and rough around the edges, this live track features frequent collaborator, beatboxer Ready Rock C. A fun party track and the title track to a more than solid debut album, released in 1987 – when Jeff and Will were no more than kids. A great prelude to their mega- successful album He’s The DJ, I’m The Rapper from the year later.

“I’m rough like a freight train smooth like ice / And yo Jeff, straight up, I think I can beat Mike Tyson”

By 1989 and with the release of their third album, Jazzy Jeff’s and Fresh Prince’s names were firmly established. This track is another example of Will Smith’s talent for comedic storytelling.

“Here I am in the flesh (Who is) I’m the funky, funky, funky fresh / Rhyme authority, rhythm connoisseur / Hip Hop liaison, rap Ambassador / Duke of daring, the king of the cut / Prince of poetry and all that stuff…”

The opening track of the duo’s fourth album has Will Smith spitting fast and braggadocious rhymes over a super funky bass line laid down by Jazzy Jeff. Excellent opening track.

“You know, a lot of deejays, they’re just short pieces of statues / My deejay’s swift and exciting and coming at you / To other deejays Jeff is just too much / He doesn’t use the line switch as a transform crutch / Never missing beats, always on time with the rhyme / You know the scratches are fine when intertwined with a bass line…”

One of the duo’s trademark cuts where The Fresh Prince’s rhymes are there to support Jazzy Jeff’s beats and turntable wizardry (and not the other way around). Got to love the days where the DJ was just as an important part of a Hip Hop crew as the emcee was.

“My rhymes have been written, not to be bitten / But as it seems, some suckers keep forgettin / The rules about rappin, but that’s alright / Cause in the next five minutes I’ma have them all uptight…”

Will Smith went off on this track. Shows how underrated he is as an emcee. The instrumental and Jazzy Jeff’s scratches are on point too, as usual.

Trademark early Jazzy Jeff & Fresh Prince. In the storytelling vein of their debut single “Girls Are Nothing But Trouble”, Will Smith humorously recounts a string of bad lucks events in a singularly bad day.

“There was a party the other day, around my way / They asked if me and Jeff would play, we said okay / We dipped out to get the hip-hop apparatus / Came back with the posse in full effect status…”

From their last album as a duo, this is one of their biggest hits and a party- and club classic. Who doesn’t know the lyrics to this one?

The duo’s debut single – which ingeniously interpolates the theme song to TV Show “I Dream Of Jeannie” – immediately showcases The Fresh Prince’s talent for humorous storytelling. This was an underground / sleeper hit in 1986 and firmly set the attention on these two talented kids from Philly.

“Well parents are the same no matter time nor place / So to you other kids all across the land / Take it from me, parents just don’t understand…”

The second single from DJ Jazzy Jeff & The Fresh Prince’s second album He’s the DJ, I’m the Rapper and one of their biggest hits. Much hated on for its overly commercial appeal, it’s a dope track nonetheless. It also arguably is THE track that was the basis for the Fresh Prince persona of the later TV hit series, which in turn was the stepping stone for Will Smith’s later superstar career.

“Well, it’s true that I’m the reigning king of the throne / But with all my strength, I couldn’t do it alone / I need a deejay like (Jazzy) to back me up / So when I’m rockin on the mic he’s on the crossfade cut / Scratchin and mixin, mixin and scratchin / Second after second it’s the record he’s catchin / His hands are so fast that it’s a medical riddle / With the turntable split and the mixer in the middle / Back and forth his hands fly / With the speed of a cheetah that’ll puzzle your eye…”

Another perfect example of how a DJ and MC can complement each other, in an era when the DJ was at least as important a part of the group as the MC was.

And another one where Jazzy Jeff gets the spotlight, this track is extra catchy and recognizable because of the sampling of Rob Base’s classic opening lines of the Rob Base & EZ Rock classic “It Takes Two”.

Their biggest hit and a track impossible to dislike. A feel good summertime anthem if there ever was one. Classic.

“It’s new, it’s out of the ordinary / It’s rather extraordinary, so yo bust this commentary / A literary genius and a superior beat creator / Have come together and we made a / Musical composition which we think is a remedy / To cure all the dance floors that’s empty / You wanna dance? / We got what you want / Jazzy Jeff and Fresh Prince bustin out with the brand new funk…”