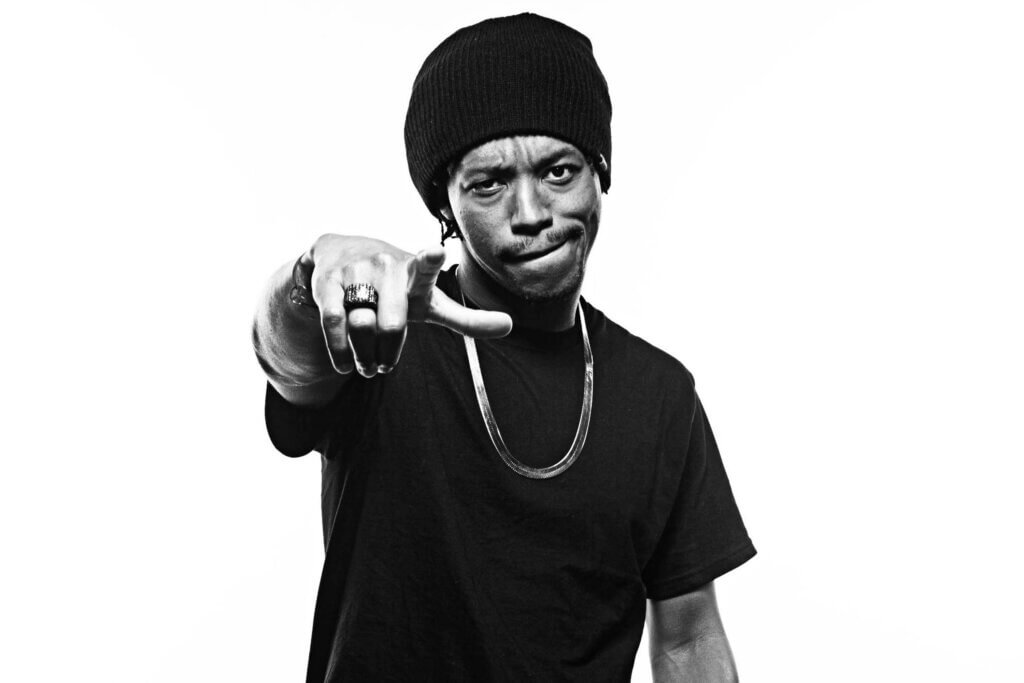 Ranking Lupe Fiasco’s Albums: Wasalu Muhammad Jaco, better known by his stage name Lupe Fiasco, is a Chicago-born, Grammy award-winning American rapper, record producer, entrepreneur, and community advocate. Rising to fame in 2006, following the success of his debut album, Food & Liquor, Lupe has released more than four acclaimed studio albums; his latest being Drogas Wave released in the fall of 2018. His efforts to propagate conscious material helped solidify him as GQ’s Man of the Year in 2006 and garnered recognition as a Henry Crown Fellow. While musical genius and ingenuity are at the forefront of Lupe’s achievements, the artist extends his innovation to projects that aim to foster creative discourse and opportunities in underprivileged and impoverished communities. 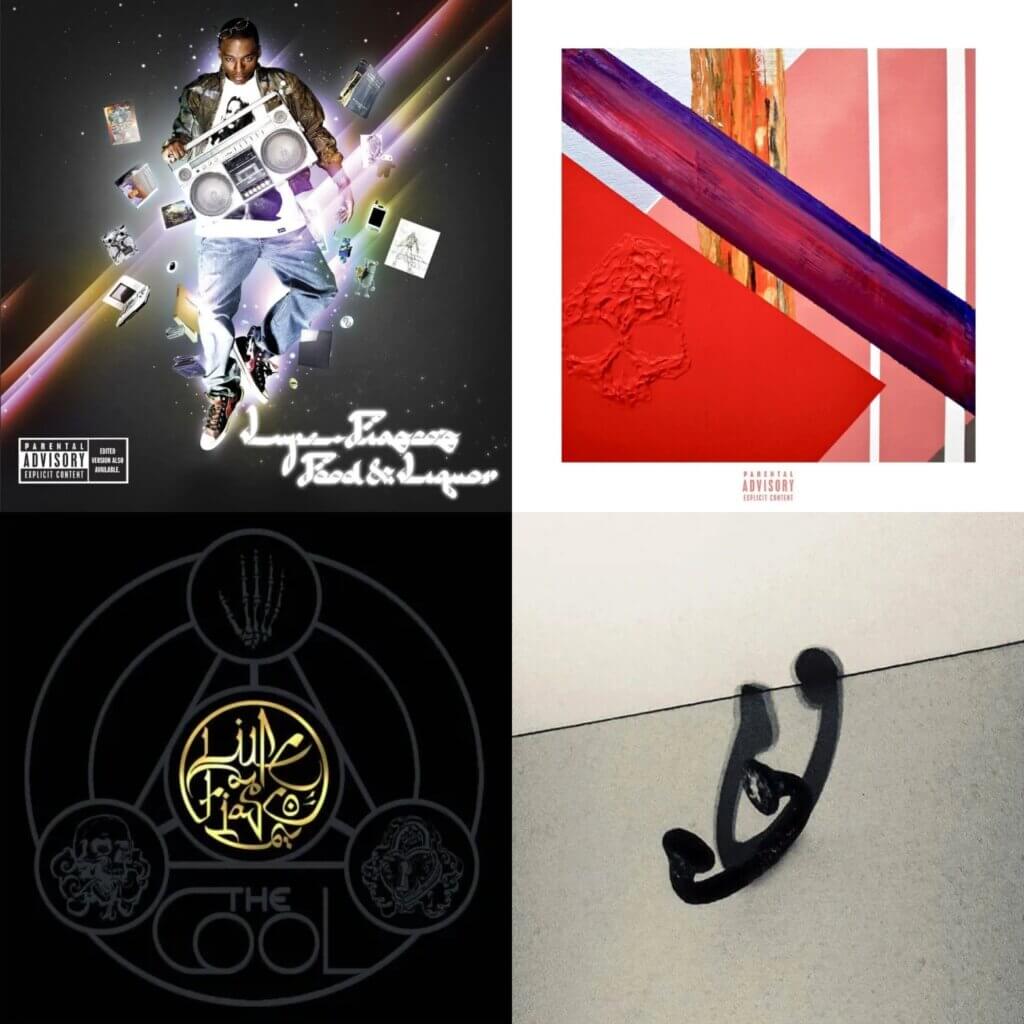 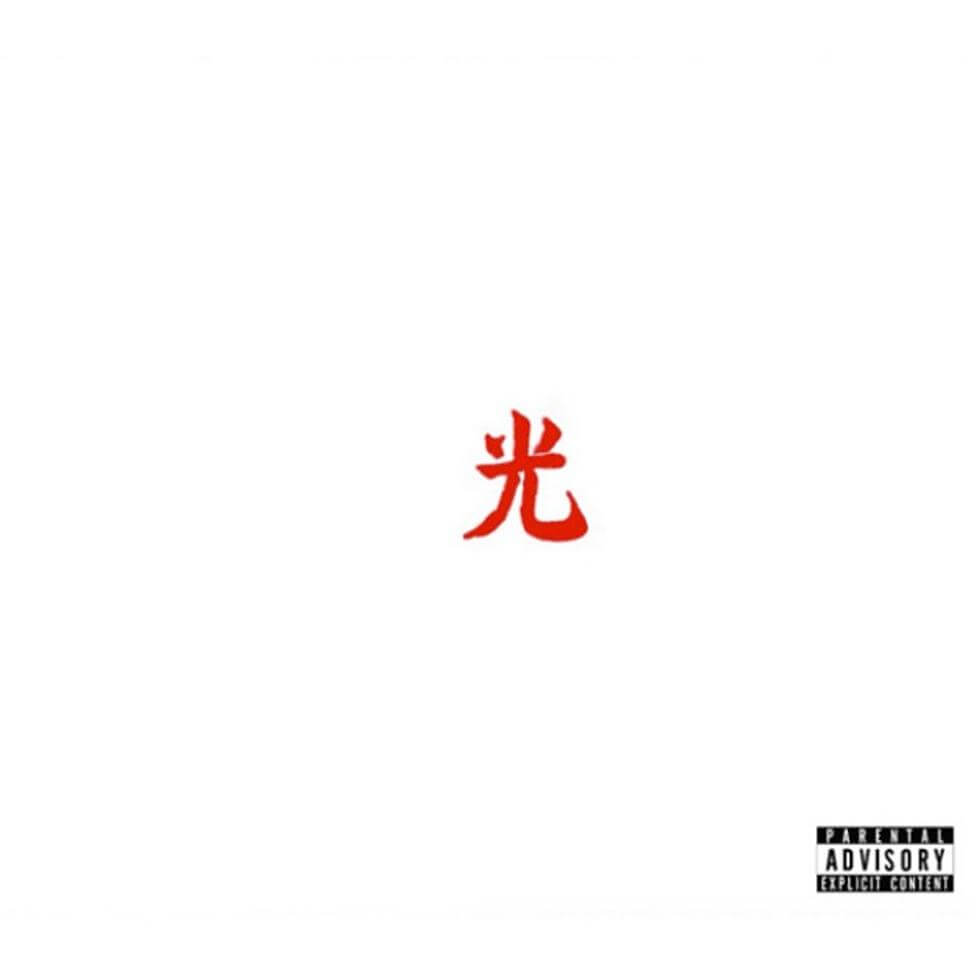 Lupe Fiasco’s recording career is one of highs and lows. More highs than lows, fortunately – but we can’t look away from the lows. Drogas Light is the lowest of the lows, although it is a toss-up between this one and the next entry on this list. After Lasers (2011), Drogas Light signified another attempt of Lupe Fiasco at making an album with mainstream appeal, and another example pop-rap isn’t exactly his forte.

Coming off the progressive masterpiece that was Tetsu & Youth (2015), and just one year before another monumental album – Drogas Wave – this album was distinctly underwhelming. Lupe has referred to Drogas Light as a “refinement of Lasers”, alluding that a lot of the material on Drogas Light wasn’t exactly recent, saying it’s full of songs “from the vaults” and that there are just “a few new pieces.” He reiterated “DROGAS” was coming in the next few months and Drogas Light was simply the prequel to that project.

An unnecessary prequel – Drogas Light has nothing to do with the conceptually complicated but brilliant Drogas Wave, and musically Drogas Light is as bad as Lasers is. Where Lasers was mostly composed of terribly bland pop-tunes, Drogas Light starts off as something of a trap album – with nothing but forgettable trap-beats and a Lupe Fiasco who changed his flow and delivery to sound like a mainstream trapper. From the middle of the album on, the tone changes from trap to more pop-like instrumentals with weak beats and terrible hooks – this album is a mixed bag with two bad halves.

It is sometimes said this album was meant to be a clever concept album parodying mainstream pop-rap, trap, and gangsta rap by emulating its sounds and themes (akin to Masta Ace’s quite brilliant 1993 Slaughtahouse album), but if so, it doesn’t work, at all. Overall, we dislike Drogas Light slightly more than we do Lasers, because Lasers at least contains a couple of decent tracks, whereas Drogas Light has none. Drogas Light is a dud. 4./10 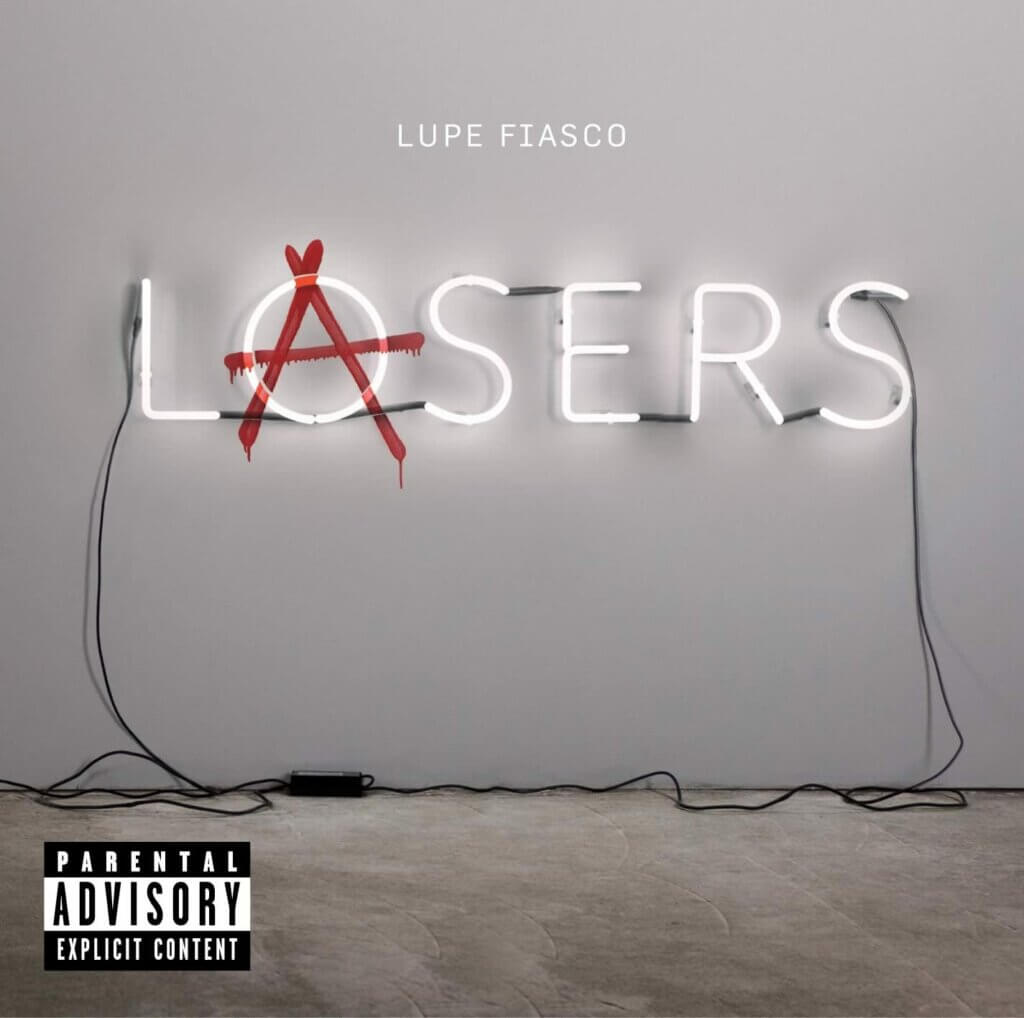 Lupe Fiasco’s third project Lasers was a letdown, especially after the brilliance of his first two albums – fiasco sounds about right in this case. Bland and generic pop production and preachy but uninspired lyricism combine into a forgettable album, Lupe Fiasco’s worst alongside Drogas Light. A couple of decent songs like “Letting Go”, “Words I Never Said”, and “All Black Everything” are few and far between – there are more duds like “I Don’t Wanna Care Right Now”, “Out Of My Head”, “Coming Up” and “Break The Chain”. Even Lupe Fiasco himself has been on record saying he doesn’t care for certain aspects of this album, mostly to do with the creative process behind the album and demands by Atlantic Records, commercial demands that were potentially comprising Lupe artistically. Best to forget about Lasers. 4.5/10 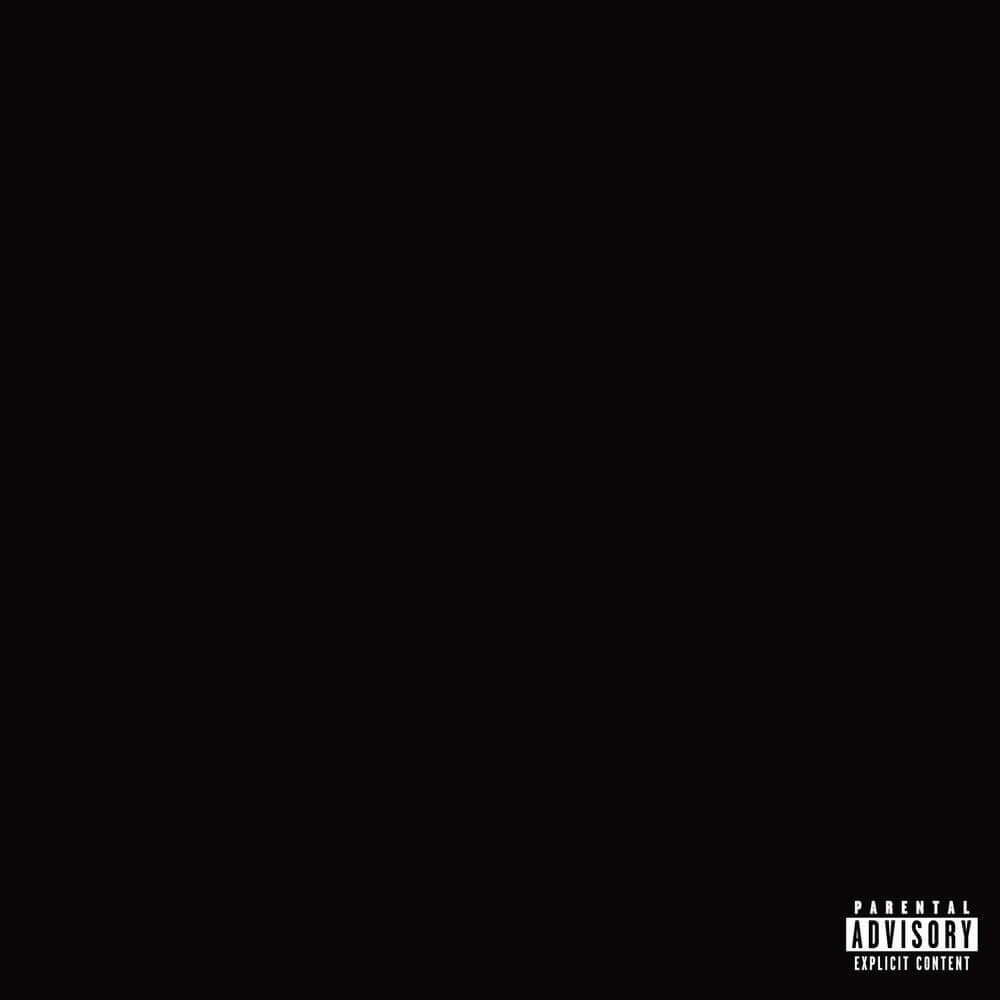 Food & Liquor II: The Great American Rap Album Pt. 1 is a strange beast. With this album (his fourth), Lupe Fiasco improved significantly on Lasers but he doesn’t come close to touching the quality levels he reached with his first two albums. Musically the album is kind of schizophrenic – it is slightly less pop-oriented than Lasers was, but the pop-rap hybrid that is Food & Liquor II doesn’t come off in a consistent and cohesive way – the production still bears the scars from Lasers in some places and is the weakest aspect of Food & Liquor II. But Lupe, for the most part, is on point with his lyricism and his wordplay – even if he isn’t saying anything we hadn’t heard him say before.

Plenty of strong songs on this album: tracks like “Strange Fruition”, “ITAL (Roses)”, “Around My Way” (with its “T.R.O.Y.” instrumental), “Audubon Ballroom”, “Lamborghini Angels”, “Cold War”, and the controversial “Bitch Bad” are all prime Lupe Fiasco, a couple of weaker tracks like “Put Em Up”, “Heart Donor” and “Battle Scars” do not ruin the album. 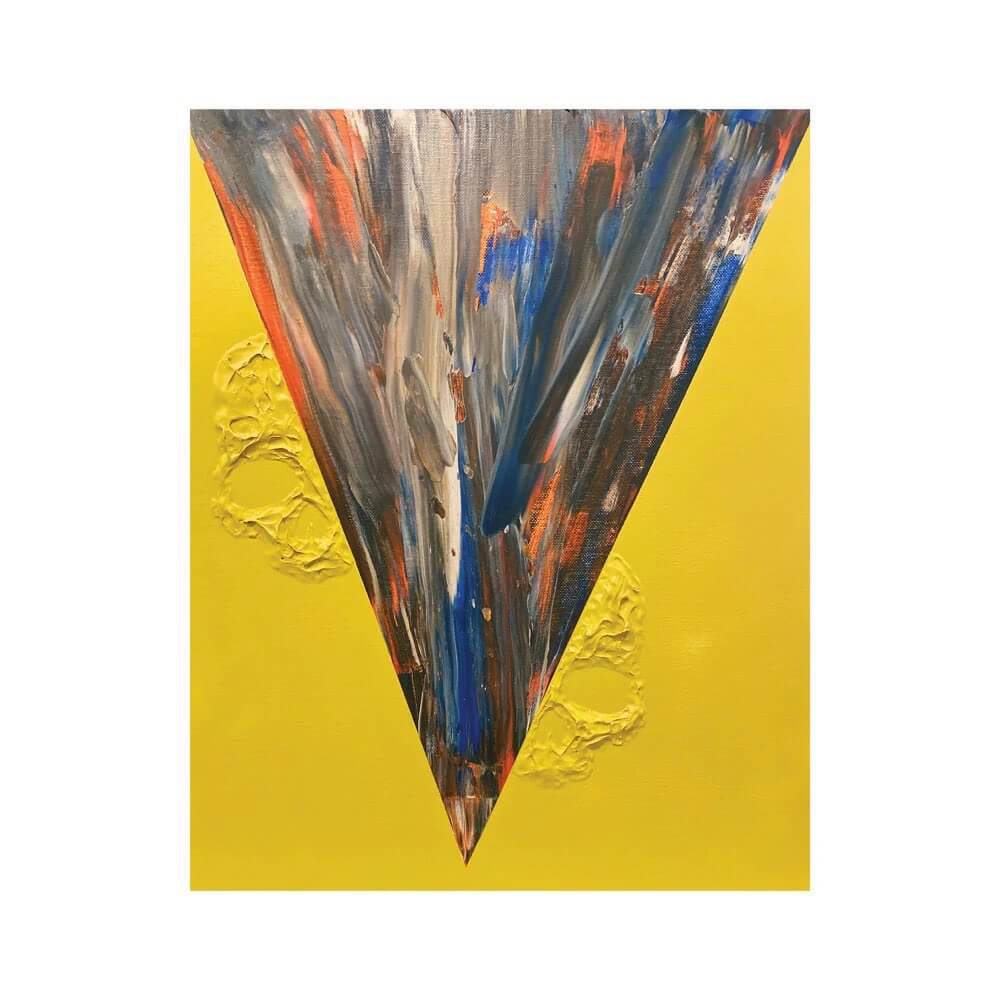 Lupe Fiasco’s eighth studio album Drill Music In Zion is not his best effort, but it’s a strong album nonetheless. As a spiritual successor to Tetsuo & Youth (2015), the compact and uncomplicated Drill Music In Zion offers 40 minutes of heartfelt and meaningful bars over jazzy and sometimes trap-esque production – an unorthodox blend of musical styles that works surprisingly well. All instrumentals are intimate and accessible, and Lupe’s bars are clever and captivating. The incredible “Ms. Mural” – one of the best songs of the year – is the centerpiece of this album, but the whole project is super solid. Lupe Fiasco is one of the best post-2000 lyricists, and Drill Music In Zion is a worthy addition to his catalog. 7.5/10 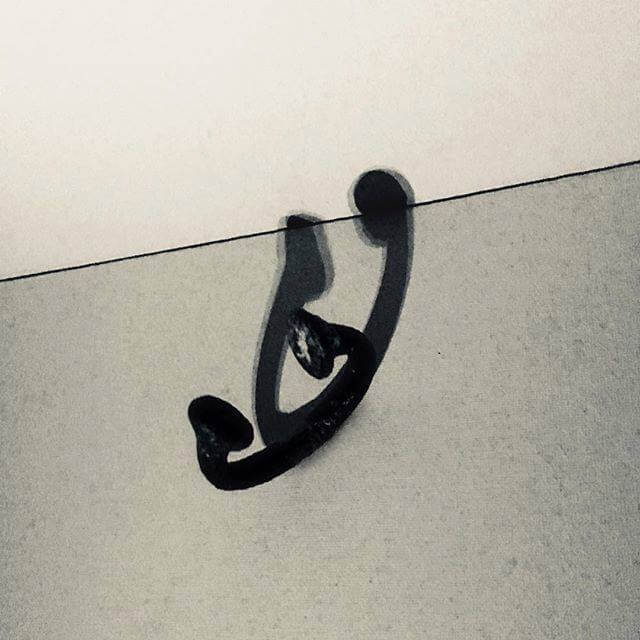 Coming off the underwhelming Drogas Light, Drogas Waves is another one of those Lupe Fiasco projects that show insane scope and ambition. A 100-minute concept album dealing with the overall theme resurrection, this could have been a bloated mess – but fortunately, it isn’t. In fact, this is a brilliant album. The thing is that it probably is too clever, it needs to be ‘studied’ in order to be able to appreciate its deepness. With just casual listens, the whole thing will go over your head. It’s like with a serious 100-minute movie – you just don’t watch a couple of few-minute snippets at a time – you watch the whole thing from beginning to end, paying attention all the time. Drogas Wave has to be approached in the same way.

In a 2018 Billboard interview, Fiasco revealed the main idea of the project:

“It’s about a group of slaves on a slave ship on their way to Africa to the West Indies and they are thrown off the boat. But they didn’t die. They stayed alive and they lived under the sea. And they dedicated their lives to sinking slave ships — so they became this super, underwater force against slavery. It’s like a super-deep story that I am building on different fronts. But that’s the main idea and the source material for the album.”

Drogas Wave is often misunderstood and consequently dismissed – for us this is a classic though, and one of the four monumental Lupe Fiasco albums that made our Best 250 Hip Hop Albums Of All Time list. 8.5/10 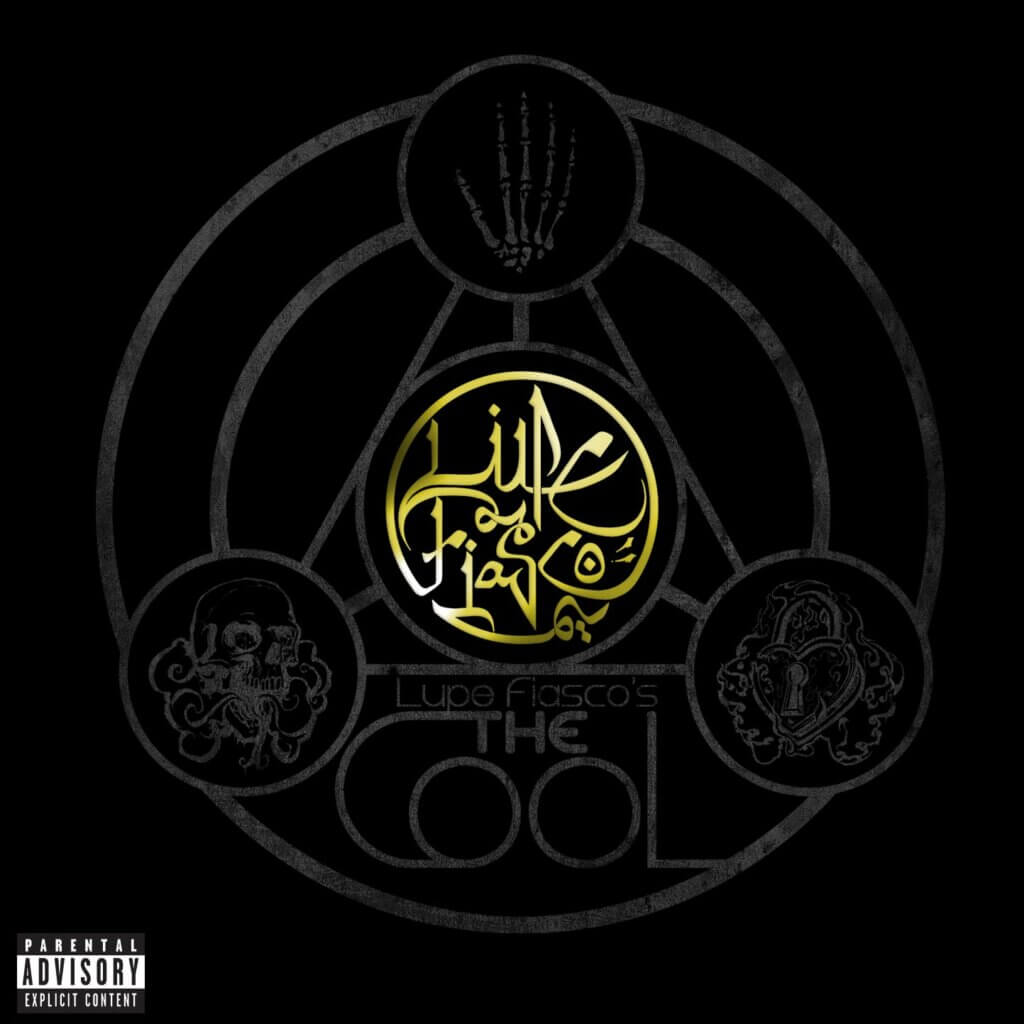 Lupe Fiasco’s debut, Food & Liquor (2006), was among the most revered debuts in any era of Hip Hop. Could Lupe achieve that acclaim again with his sophomore album, The Cool? Damn sure. This album practically served as an unofficial sequel to Food & Liquor (the official sequel, Food & Liquor II: The Great American Rap Album didn’t quite meet those expectations). Powerful cuts like “The Coolest”, “Gold Watch” and “Hip Hop Saved My Life” are exhibits of how intelligent and well-read Lupe Fiasco is. Easily comparable to his classic debut in terms of quality, The Cool is one of 2007’s best releases. 8.5/10 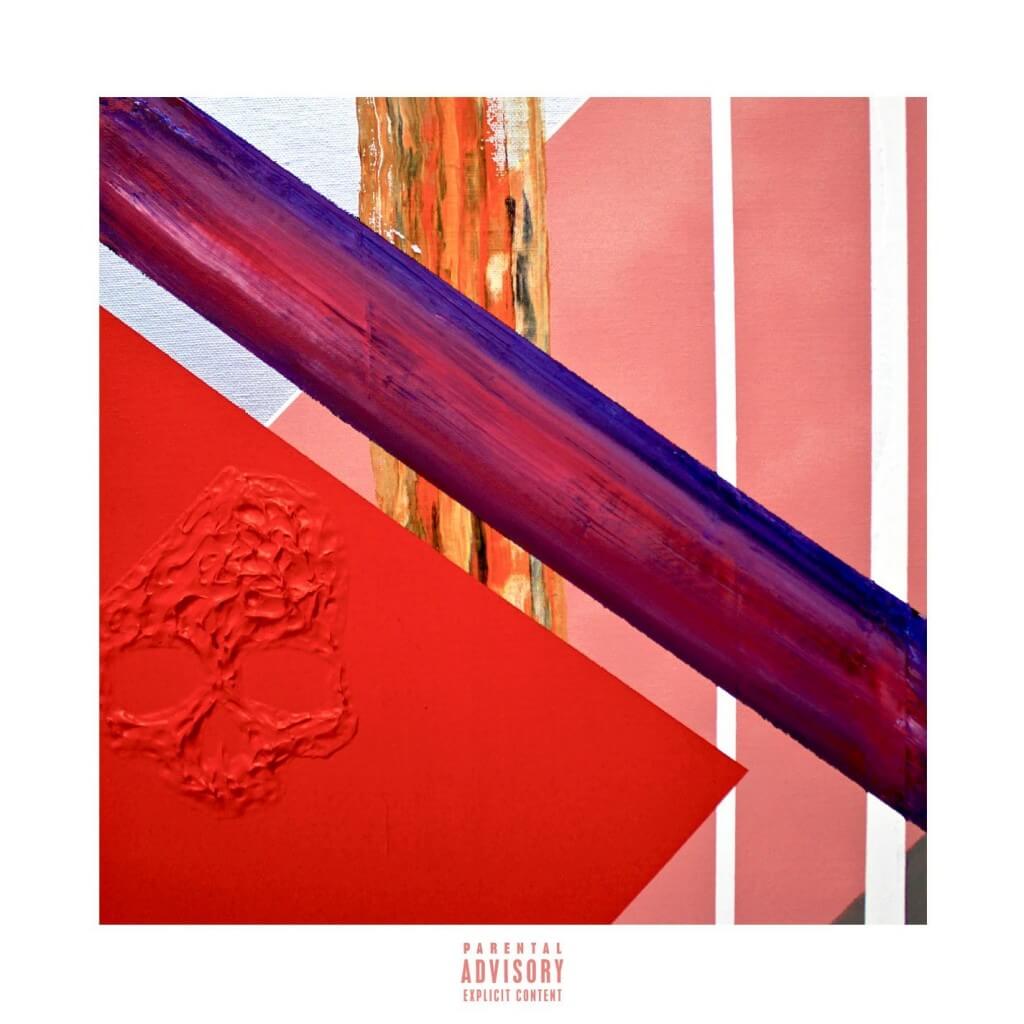 After the terrible Lasers and the disappointing Food & Liquor 2, Lupe Fiasco came back strong in 2015 with Tetsuo & Youth – his best album of the decade, an album that deserves to be mentioned in the same breath as Food & Liquor and The Cool.

Tetsuo & Youth is another ambitious and daring effort by Lupe Fiasco, who is never afraid to take creative risks. So this is not an easy listen, but for those willing to invest attention and time in it, it is a totally rewarding experience. Like the cover of the album (which he painted himself), Lupe created a true work of art with the music on this album. And not to forget: with the 8-minute tour-de-force “Mural” Tetsuo & Youth contains one of the best songs of the decade. 9/10 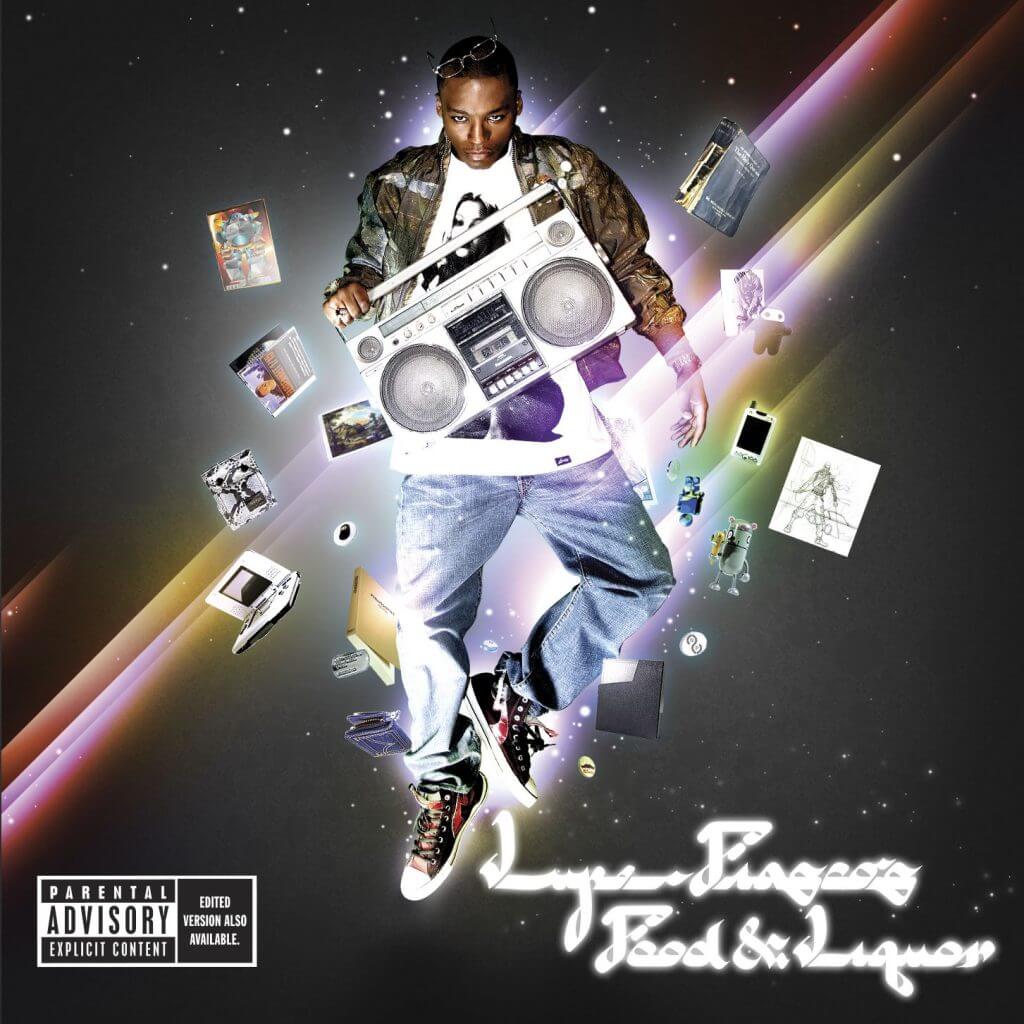 Lupe Fiasco’s debut is one of the best of the 2000s. In an age of simplistic rhymes and lack of meaningful concepts, Lupe Fiasco brought intelligence and consciousness back to mainstream Hip Hop. As this list reflects, he would drop more excellent projects later on (and some misses as well), but Food & Liquor remains his best album. 9/10