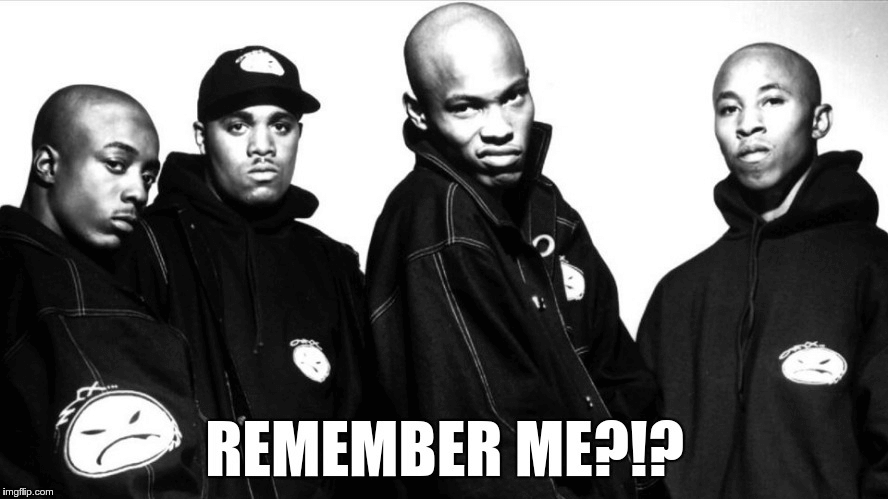 Sometimes all your legend needs is one hot song.

First up we got the lead Lost Boy getting freaky as a Tah on his own outstanding hit. Cheeks’ distinct accent and hype lyrics keep the party track moving along while the crazy disco jungle beat drops nonstop in the background. Kinda a misnomer to say he only had one hit, but I’m just talking about his grand solo effort.

The closest thing to a heavy metal rap group this side of Body Count, Onyx had a flavor all to themselves when they dropped their energetic Slam on the masses.

Fredro Starr and Sonny Seeza are gifted lyricists with memorable wordplay, but Sticky Fingaz just might be THE most underrated rapper of all time. Together these guys personify their namesake to a tee:  rare and one of a kind.

Above The Law - Murder Rap

My god. My GOD! Cold187 is a rappin’ ass! Man, so few artists make it look this easy. The man just exudes confidence and mastery with every witty lyric. Throw in the fact that he practically made G-Funk and you’ve got an undisputed champion of Hip Hop. I’ll be saying “what you heard, nerd” to my grandchildren decades from now. And then there’s that crazy kinetic beat. I love this track.

I’m not sure why, but putting the Black One on this list is bittersweet. Of all the artists I’ve listed, I feel Rob got robbed of a chance of a lifetime. His stock seemed to be on the rise, but terrible crap happened and it never came to be. At least we still have this absolute banger to marvel over, wonder “what if” more than the 90s Orlando Magic.

Who the hell could rap over that crazy Manny Fresh beat except Juvie? That preacher flow hits like a cannon on this track, keeping pace with every drum hit. A lot of people tried to dismiss this when it came out, but we all know how Cash Money conquered the world before anyone knew what was happening. Without this hot song, the Hot Boyz would have gotten nowhere. Yeah, Back That Ass Up had its moment, but let’s be real: Ha is THE definitive Cash Money song. It just works.

Killer Cam dropped a doozy on us, didn’t he? So glad he got a chance to do things his way, ‘cause Cam’Ron was terribly underused when he first came out. Flash forward a few years and we got a pink fur coated slayer of worlds. Sure doesn’t hurt that Juelz loses his damn mind when the mic comes his way.

These two mic specialists put 1000% into this ode to puff puff pass and its glorious. I would have never guess that the beat to Club Nouveau’s hit would be something you could rap over, but I guess anything’s possible when you’re high as hell.

This is IT indeed. Where do I begin? The hype beat? The amazing wordplay? The nostalgic effect? The ridiculous style? The crazy ass slang? The general happiness feeling? Whew! I can’t properly describe what the hell is taking place here, so I won’t bother. This track simply speaks for itself. Terribly original, amazingly fly.