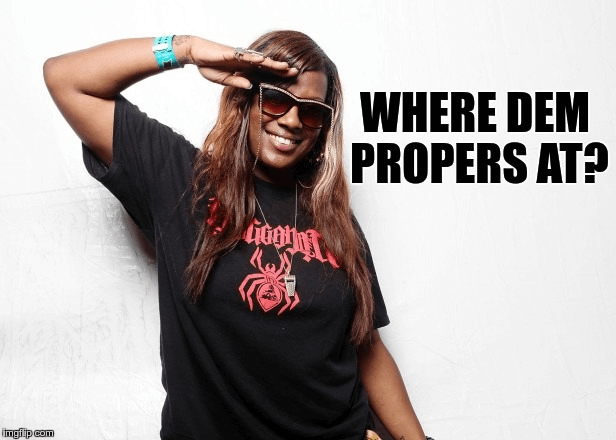 The South must rise, my friend.

Part of the second wave of No Limit soldiers, Mr. Magic’s distinct growl made his presence on the roster memorable. Mystikal and Snoop may have taken the lion’s share of the attention during No Limit’s heyday, but Magic was a solid addition to any team member’s track. Unfortunately, Magic died in a car accident along with his wife. It would have been great if he had been able to do all the things he started lining up. At least we got a few bangers to enjoy, including this bombastic cameo on C-Murder’s ride or die track.

Not uncommon for a crew member to get lost in their own clique, particular a sole female MCs on the roster. I’m not even going there, but let’s just say that DTP was no place for a lady like Shawnna. Hell, she never needed to be part of an entourage, considering her considerable talent. If it’s hard to be taken seriously as a Southern MC, then it’s damn near impossible to accomplish when you add being a woman, too. Thankfully, she never stopped making hot tracks regardless of the obstacles. Her old stuff still hits hard pretty hard, too.

As the first lyricist to grace the land of Luke (and promptly jump off & beef with him), JT was a welcomed departure from the basic party raps of 2 Live Crew. Once he took complete control of the Poison Clan, JT and Mike Fresh made several underrated albums that received high praise from any critics that were listening. Coming off like a Southern Ice Cube, I really can’t believe that so many slept on the B-Izer. Most only know of him from that (way out of character) track Who Dat, but that’s not even worth mentioning when compared to the gems he was dropping years before that.

Anyone familiar with Orlando Bass legend Magic Mike knows all about the Mad One. Adding a much needed lyrical prowess for those ridiculous bass tracks, Madness would later partner up with DJ Lace (to form Vicious Base) and then the Magic Man himself for two amazing albums. So tired of saying this, but Madness is yet another MC that has met an untimely end. Man, Hip Hop needs a medical plan or something. Hip Hop ain’t even a senior citizen and yet we have way too much talent buried.

With a large visage, booming voice and steady mic skills, Big Mike dropped a couple of straight bangers before his popularity when South. Truly a shame, as his unique perspective on hood struggles and mentalities gave another voice to the voiceless. Even becoming a member of the Geto Boys didn’t propel him, which is particularly strange. Sure, “Playa” was a hot song, but it’s far from his best in my humble opinion.

Ok, so maybe Tela tried to push the wrong image too long to expect to maintain longevity. Unlike Andre 3000, ballin’ seems to be all Tela ever wanted to be, missing when that pimp stuff fell the hell off. However, there’s no denying his obvious talent whenever he picks up a mic. Why didn’t this guy evolve just a little? His flow should have gotten him more shine.

It’s not so much that Trick Daddy is truly unsung, rather he doesn’t get nearly enough shine for the talent he brings to the table. If you think “Nann” is the end all, be all of his legacy (in which Trina thoroughly stole the show), then you truly haven’t been paying attention. Trick has a spirit very reminiscent of 2Pac, with a definite originality that sets him aside from being a clone of the legend. The brother is deep.

Damn, Gangsta Boo goes hard as hell. She’s so clever and confident, like a bombastic MC Lyte with a twist of Southern charm dipped in gun oil. She made a short departure from the hardcore due to finding God (swapping the Gangsta moniker for Lady), but she has returned to the real and is just as dope as she’s ever been. You may be asking yourself why she hasn’t been seen with Three 6 Mafia since she came out, and I COULD tell you why. However, nobody can speak on it like she can, if you can handle it.