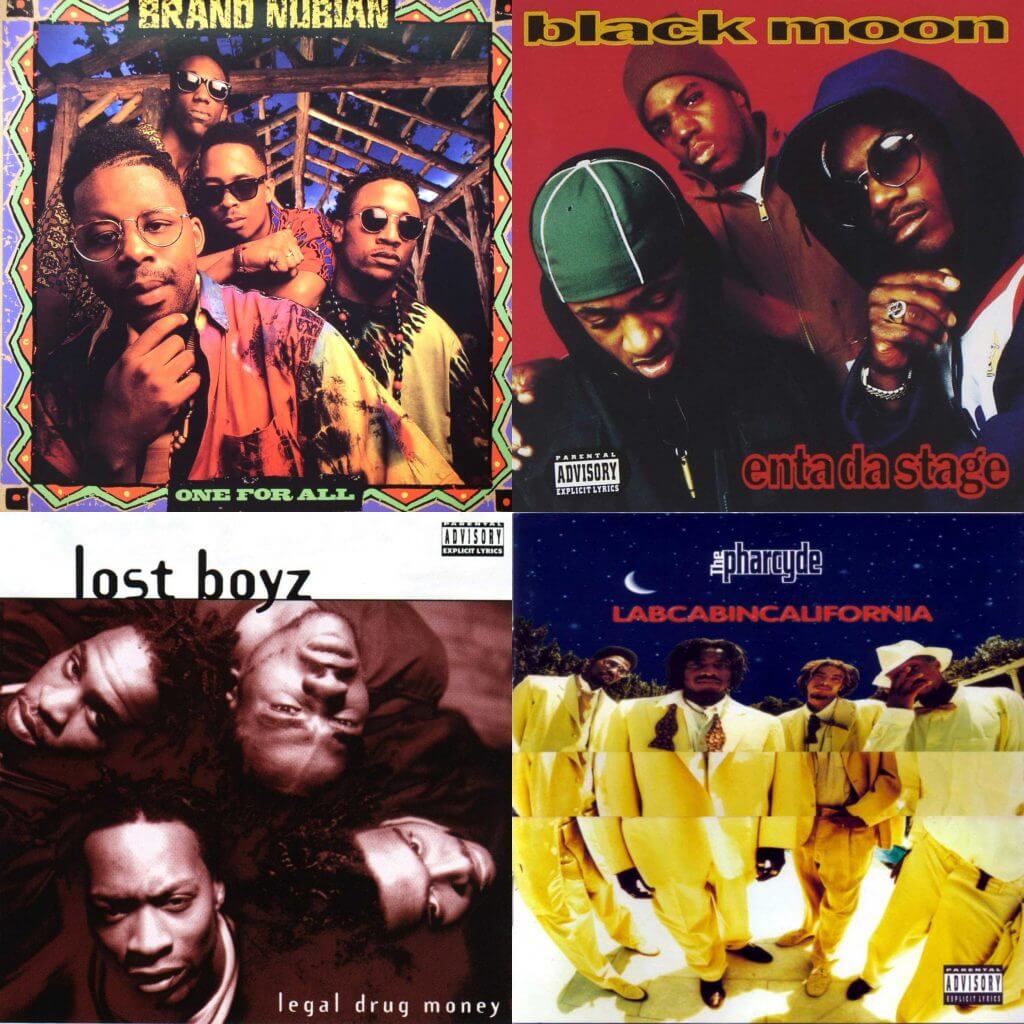 Hip Hop groups have been a huge part of the genre since the inception. Over the years, we’ve seen groups like A Tribe Called Quest, Wu-Tang Clan, N.W.A., De La Soul, The Roots, Bone Thugs, and many more be crowned as the top of the brass in Hip Hop. However, there are plenty of other groups in the genre that had an impact and made great music that just might miss a top 10 or top 15 Hip Hop group list. With that, we wanted to look back at a few classic albums that came from groups that don’t get mentioned as much in the all-time lists. Now, the question is, what albums and groups make this list? Well, read on to find out and let us know if you agree with the album choices (or don’t). Let’s get into it. I know that Camp Lo was a duo, but alongside their in-house producer Ski, who handled the production for this amazing album, I always looked at them as a group. It is tough to differentiate the groups and the duos in Hip Hop, as many would consider Outkast a group (as well as a duo), and I’ve always that Camp Lo was severely underrated anyways.

This album is masterful, and one of my personal favorites, as Ski steps up and brings a funky soulful sound that was unparalleled at the time. The production on this album was crisp, blending the funky upbeat soul with mellow boom bap jazz, and while the two MCs Sonny Cheeba and Geechi Suede weren’t premier lyricists, they would not disappoint here.

The most notable song on the album is the classic “Luchini AKA This Is It“, but they deliver more quality tracks here like “Killin’ Em Softly”, “B-Side To Hollywood”, “Coolie High“, and more. This album just has a little something extra to it, as the flair the group brings alongside this production makes for a perfect marriage and a classic album. So, of all the albums to choose from, I chose the album that started the Little Brother rush that should have taken the Hip Hop world by storm. The Minstrel Show was better and much more polished, but The Listening was the raw, unfiltered beginning that introduced me to one of my favorite MCs, Phonte. The production was handled by member 9th Wonder, who would go on to be a legendary producer as the years went by, and he would become known for the sample chops and hard drums that he employs for this album’s sound.

Released on ABB Records, the album would garner attention in the underground, due to the production and the real-life rhymes that Phonte and Big Pooh brought to the table. Whether it was the knocking “Speed”, the upbeat “Shorty On The Lookout” (which features one of my favorite beats on the reprise), the surprisingly hilarious “Whatever You Say”, or the catchy “The Way You Do It”, Little Brother doesn’t miss once on this album. The Listening might be the best album that I’ve listed here and if I had to choose, I would give it that crown. The Lost Boyz were a group out of Queens that didn’t have the best lyricists, but they had something that made them appealing to the listeners. Their style was rugged yet catchy, with aggressive rhyme patterns and booming production, and their debut album would feature legendary producers Pete Rock and Easy Mo Bee, along with Mr. Sexxx and Big Dex.

The group would spawn a number of hits on this album, from the classic storytelling track “Renee” to the title track to “Lifestyles Of The Rich And Shameless” to “Music Makes Me High” to “The Yearn” to my personal favorite “Jeeps, Lex Coups, Bimaz & Benz”. This album is probably one of the unsung classics of the New York Hip Hop scene in the mid-90s and though the Lost Boyz won’t make any top 10 lists, they definitely deserve the love and the credit for this classic debut. When we speak of the West Coast, aside from a few groups that have legendary pedigree, Pharcyde is the best one. You could argue Cypress Hill, N.W.A., and more, but Pharcyde was extremely creative and they would have two amazing first albums, with the second being a surprise classic that snuck up on us in a major way.

Their debut was great, showing the playful poise that made the group popular in the first place, but I fully believe the second album os is their best, as the sound improves and they also showcase some growth as artists. Jay Dee joins the fray to help assist in production, as he gives the group one of my favorite beats of all time on their classic single “Runnin“, as well as their other popular single “Drop“, which is another favorite of mine.

The album plays smoothly and there are other highlights that include “She Said”, “Somethin’ That Means Somethin”, and “Hey You”. There were plenty of creative groups in the genre during the 90’s, but none could bring the playful and fun vibe to their music quite like Pharcyde. 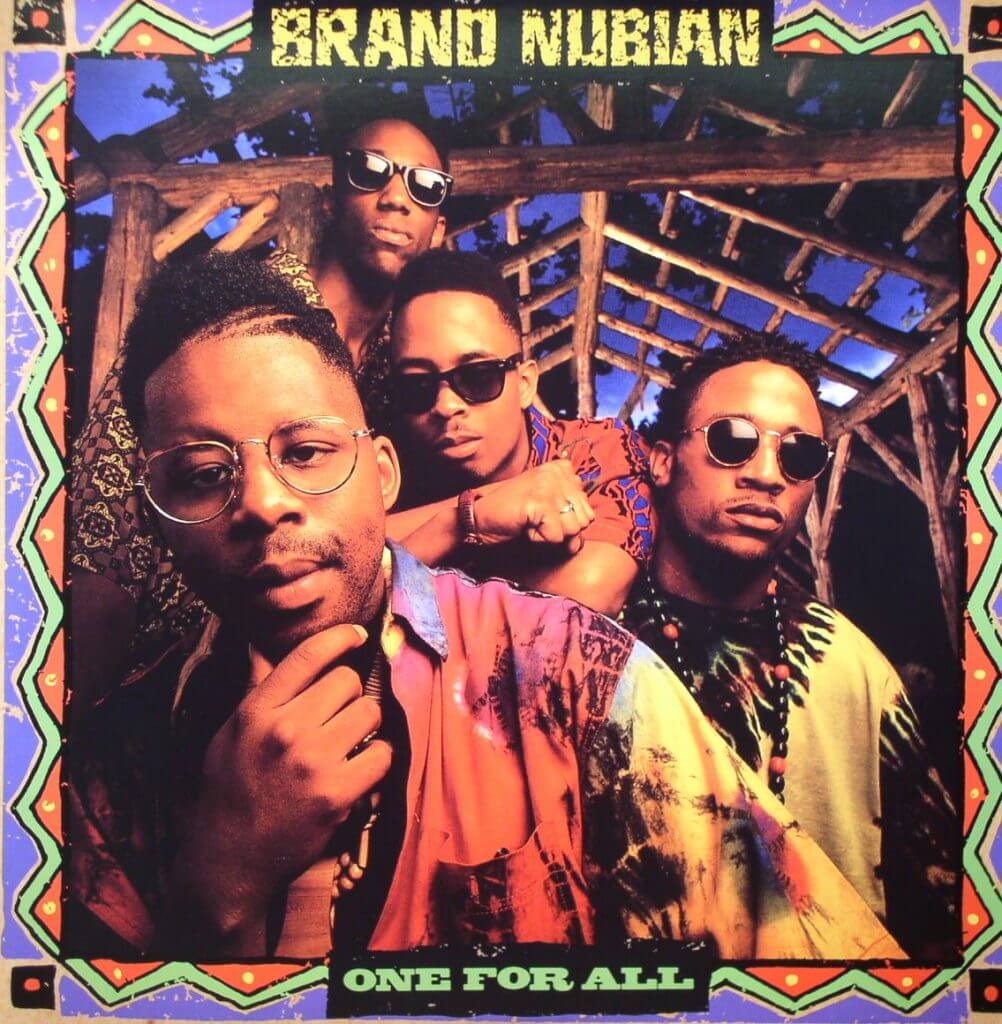 There has never been a huge discussion on Brand Nubian and what they do, but maybe there should be. The group was at a high level musically through the years, but it all began with this 1990 album that truly introduced the world to the mind of a group that had nothing to lose and anything to gain. With golden age style production, the beats are pretty good, handled mostly by the group itself.

The project features classics like “Slow Down“, “Concerto In X Minor”, “Ragtime”, “Drop The Bomb” and more, showcasing that Brand Nubian was a force to follow in the era of music. Brand Nubian would put forth social content and thought-provoking rhymes that made them stand out in their own way. Politically charged music was common during this time period, but very few excelled at it. Brand Nubian was one of the groups who did. Another album that stands out, the Slum Village project was full of great production and eccentric lyricism, which would become the calling card of the group over the years. Of course, the production was largely due to J. Dilla who handled mostly all of the sounds for the album, aside from one track that featured co-production from Pete Rock.

The features on the album were special, as Busta Rhymes, Q-Tip, D’Angelo, Common, and Kurupt all lend their talents to the project, adding a little variety to the vocals and lyrics of the album. The highlights here have to be “Tell Me”, “Raise It Up”, “Climax (Girl Shit)”, “Hold Tight”, and “Once Upon A Time”. Slum Village made their name known with this album and it remains their best work. The debut album from one of the most hardcore groups in East Coast Hip Hop history is a true classic that doesn’t always get mentioned how it should. While the project tends to be overlooked, it was pivotal in ushering in the new East Coast era and was an unsung album in the whole movement that put the hardcore Hip Hop flavor back at the forefront.

There are some classic gems here, as Da Beatminerz lays the groundwork for the production, providing the rugged and aggressive sound that allows the group to find a comfort zone, and Buckshot gets off his best verses with ease. The features are small, as only Smif-N-Wessun, Havoc, and Dru Ha make an appearance, but they work well in their guest appearances.

The highlights are of course the two classic singles “Who Got Da Props” and “I Got Cha Opin” along with “How Many MCs…“, “Shit Iz Real”, and “U Da Man”. All in all, this album is a classic and should be mentioned in the same class as 36 Chambers, Ready To Die, and all of the other albums that made the East Coast the driving force of Hip Hop once again.