“Slow Down” is a song by Brand Nubian and released as a single from their 1990 debut album, One for All.

“Slow Down” was later featured on the band’s compilation album, The Very Best of Brand Nubian. The song notably samples the guitar riff and part of the chorus from “What I Am” by Edie Brickell. The song also samples “Let’s Take It to the Stage” by Funkadelic, as well as “Kool It (Here Come the Fuzz)” and “N.T.” by Kool & the Gang. 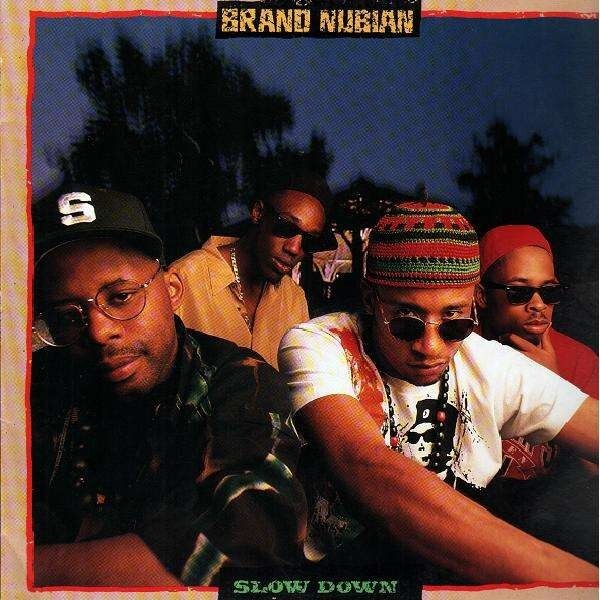