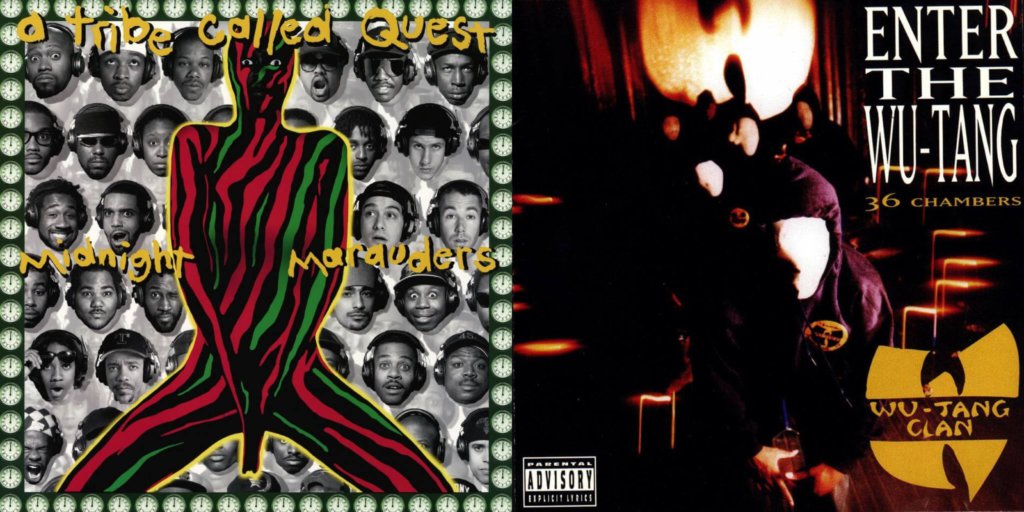 Picture this: it’s November 1993 and you have just enough ends to purchase one CD or cassette. You are in the Hip Hop section of your favorite record store and faced with a choice. Nearly 30 years later, the choice you would have faced that day has not gotten any easier. The perplexing choice was whether to purchase A Tribe Called Quest’s Midnight Marauders or the Wu-Tang Clan’s Enter the 36 Chambers.

During this series of nostalgic essays, we are going to revisit a few of those conflicting moments for Hip Hop fans. Most of the albums we’ll cover in this series have become classics; yet, keep in mind, we did not know that back when were faced with the original choice. Indeed hindsight is 20/20, but back then, when faced with the challenge of only purchasing one – which would you choose?

We are going to breakdown the choice into a few categories and as objectively as possible, assign points between 0 – 2. The categories are:

Ultimately, the album with the highest score is the one you and I probably should have initially purchased.

ATCQ was coming off their successful second album, Low End Theory, and had taken monumental creative strides since Tip left his wallet in El Segundo. The jazz samples of Low End Theory made me a sure fan where I had once been casual. 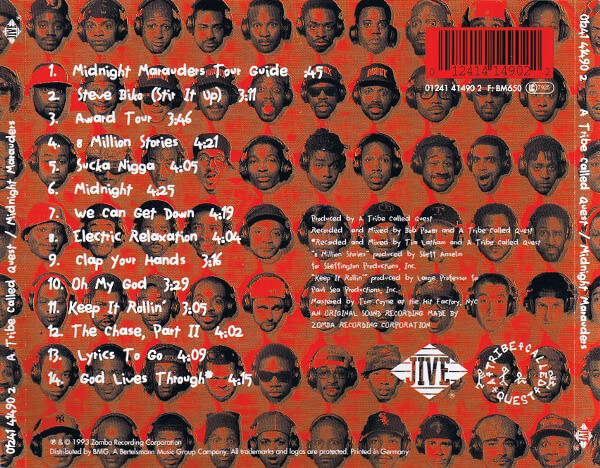 Midnight Marauders dropped early in my sophomore year at Hampton University and the buzz was crazy! It wasn’t just East Coast cats or backpackers anticipating this release – if you were a fan of good music, you were anxious to see if they could build on the success of Low End Theory.

I’m not sure any of us was ready for Wu-Tang when they dropped. The first single, “Protect Ya Neck” had already dropped but was making a gradual rise from the underground. I first heard the Wu at a party when everyone sang the bridge of Method Man – you remember? When he had the phat bags of skunk, the White Owl blunts, the forty, and the shorty? But not even that prepared me for the seismic shift in the Hip Hop landscape that was Enter the 36 Chambers. 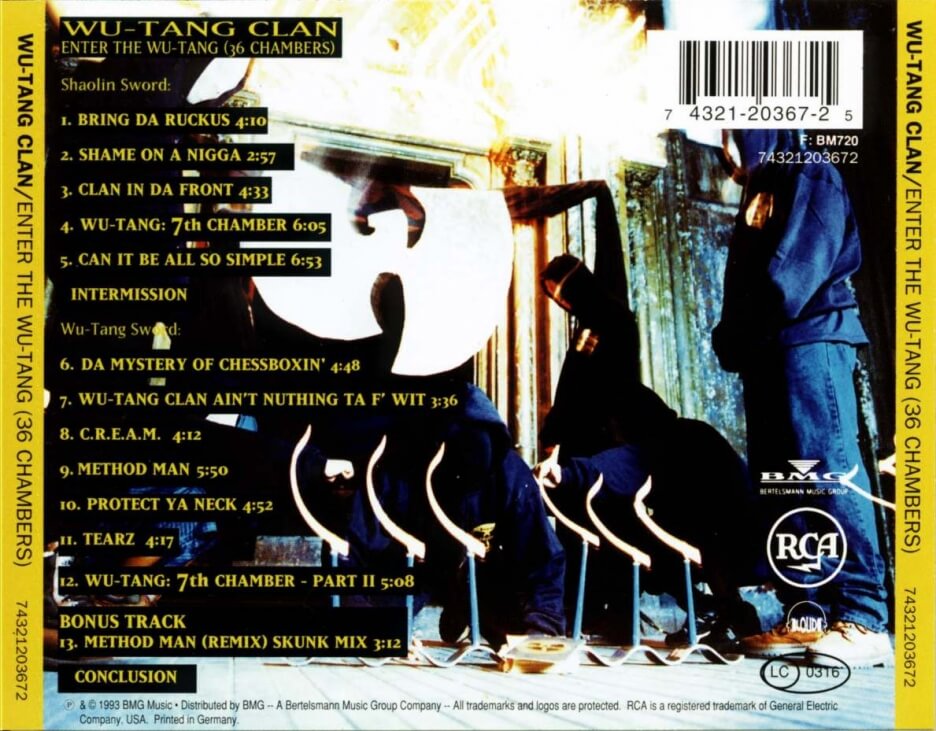 But for folks beyond Shaolin and the Tri-State area, it probably seemed like the Wu came out of nowhere. There was no precedent or much like the inspiration for one of the clan’s names, their style had no father.

“Award Tour“: The first five seconds? That rhythmic melody? Fans were hooked from the get-go. Looking back, I recognized that Phife’s lyrics usually struck me as soon as I heard them but Tip’s rhymes sort of snuck up on me where I caught the cleverness a little later.

Either way, whether you chose to “do that do that do that that that” or “take your garbage to St. Elsewhere” – you knew when you heard “Award Tour” that there would be no letdown from their previous album.

“Protect Ya Neck”: Man, what in the entire hell? C’mon, you ain’t never ever hear anything like “Protect Ya Neck” before. I’m sure I wasn’t the only one confused. In fact, I didn’t really get it until I heard it in the context of the whole album. After that? I got it. The kung-fu, the lack of chorus, an array of distinctive respectable MCs? Yeah, it was a lot to digest at first but eventually I would get hype and “swing through your town like your neighborhood Spiiiiiiiider-Man.”

“Electric Relaxation“: My all-time favorite ATCQ track! The beat is CRAZY!! “Honey check it out you got me mesmerized, with your black hair and yo phat – a** thighs” is a visual that would mesmerize many of us.

“C.R.E.A.M.” is more than a song – it’s a flag-planting, chest-thumping, sonic declaration that “WE ARE HERE!” This joint is damn near a movement by itself! When the beat drops and Raekwon spits “I grew up on the crime side, the New York Times Side, stayin‘ alive was no jive” – even the non-believers had to accept the truth that the Wu-Tang Clan wasn’t nuthin‘ to F with!

Oh My God – well, let’s just say since “Electric Relaxation” was the high point for me, “Oh My God” was the descent down from the top. Still good music. Same fresh vibe. But after those first two singles? The momentum slowed a tad.

“Can It All Be So Simple” was my favorite track on the album. I’m predisposed to soul music and the laid back vibe of this song helped me ‘hear’ the Wu. Plus, it really started to sink-in that despite the variety of MCs, there was no drop off in rhyme quality.

I didn’t hear this until I listened to the whole album. Everybody was shouting about what ruled everything around them but for me, it was so simple to get attached to this song.

I listen to different music genres and have a jazz music collection that would make your grandfather jealous. My love for melodies makes me consider Tribe. Then again, I’m also an artist who creates with words and I have a strong respect for originality and reinvention. The backstory of how Prince Rakeem became the RZA or the future lesson of how they negotiated solo deals for everyone are pillars in the WU mythology.

Yet, when considering how these albums aged, I’ll go here with it: if a random track popped up on your music shuffle playlist – how likely are you to listen or skip? With that as a factor, I go with Tribe. Lyrically, this is like Clash of the Titans; so the discerning factor for me is the beats or the music. You almost have to be in a particular mood for the Wu, while you can vibe to Tribe in different moods.

Too close to score

Midnight Marauders is the 2 in the one-two punch that is ATCQ second and third albums. In that light, it’s a pace-keeper.

Enter the 36 Chambers was like a lightning bolt on a sunny day – it came with tremendous power out of nowhere. It’s a game-changer.

Back to the record store via November 1993 – had you picked either one, you would have purchased a winner.

2 responses to “Just One: A Tribe Called Quest or Wu-Tang Clan”