What’s good homies?! It’s your dude back again with another twentieth-anniversary salute. We’ve covered some of the best albums of the year of ’96, and most of those albums, like The Score, Hell On Earth, and It Was Written, still have left resounding impacts on us to this very day. Now we are about set it off with Wu-Tang’s most prolific and consistent member whose debut was met with heavy anticipation and worthwhile results. It became the start off on of the most respected careers in all of Hip Hop. 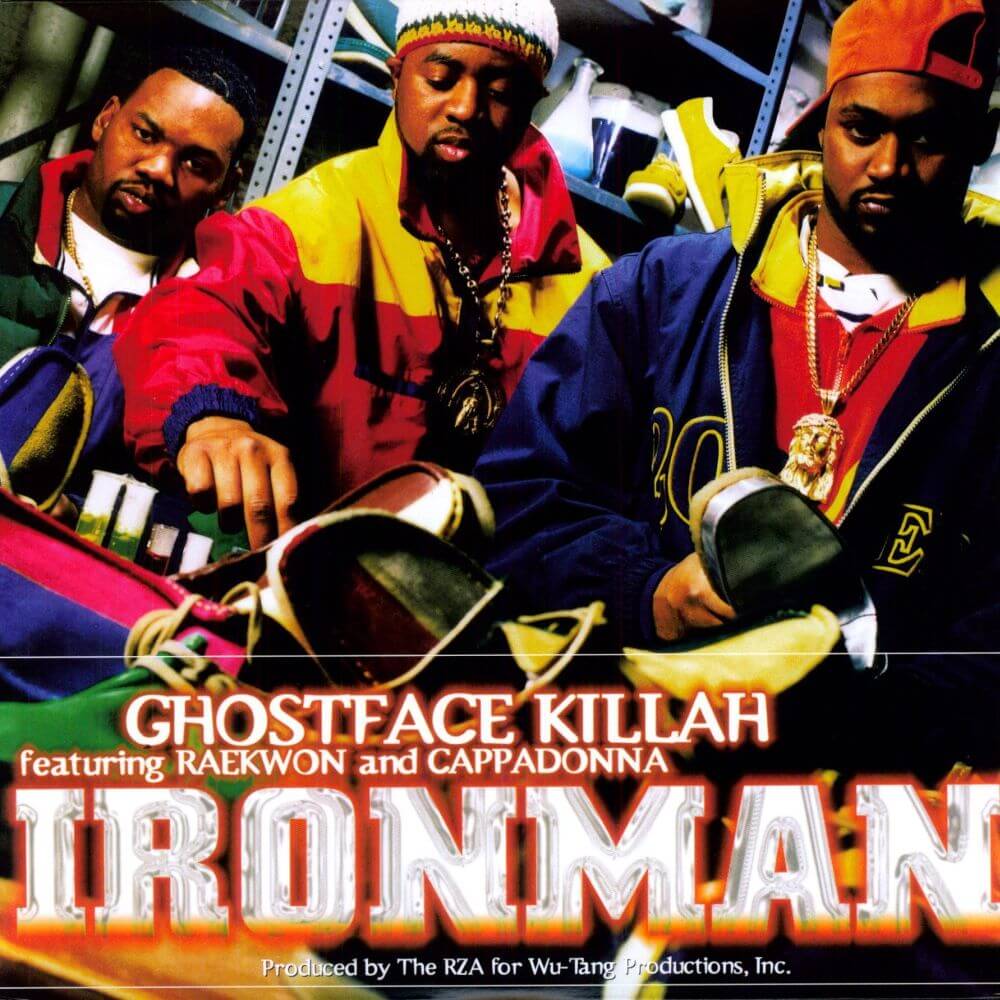 In ’93, we were all blessed to be able to embark on a Hip Hop mission with nine Staten Island emcees (a few by way of Brooklyn) who COMPLETELY changed the game and became part of the east coast’s renaissance when the wet was killing s*** with Deathrow and other west coast acts dominating the airwaves. The emcees were known as Wu-Tang Clan, and they totally shook the entire Hip Hop game up like nobody since The Juice Crew in the mid-eighties.

Their debut album, Enter The Wu-Tang (36 Chambers), was heralded as a masterpiece and one of the freshest, raw, authentic sounding albums in years. One of the standout members of this insane collective was this stocking cap-masked emcee known affectionately as Ghostface Killah. Turns out my man had warrants, as the reason for the stocking over the face in the video for “Da Mystery Of Chessboxing”. However, he had skills, as he also exhibited on albums from fellow Wu-brothers GZA and especially Raekwon, as he was featured on virtually the entire Only Built 4 Cuban Linx… album. The anticipation grew for GFK’s debut, and when it dropped, it was everything we thought it would be: classic Wu-Tang establishing a new chamber. It came in the form of Ironman.

The first track we heard from Ghostface was also featured on the excellent Sunset Park soundtrack, the incredible “Motherless Child”. This track, which featured aforementioned partner-in-rhyme Raekwon, what superbly put together by RZA, as he cleverly flipped the old “Into Something” cut by O.V. Wright. As hard as this track went, the majority of the album went this same kind of hard.

The next cut we were laced with was the criminally hot “Daytona 500”, which had some adrenaline-packing production, once again by Rza-rector, but as dope as Rae and Ghost came, it was Cappadonna who blazed this track, very similarly to when he SLAYED Wu-Tang’s “Winter Warz” cut. We then got a smoother side of Ghost with the buttery-smooth Teddy Pendergrass-sampled “Camay”, which again featured Rae and Cappa. Lastly, we got the melancholy duet with Mary J. Blige with “All I Got Is You”, a heartbreaking look into the soul of Ghost  and his troubled upbringing and reflection of his existence.

The album was delivered to us in October of ’96 and we were already open from the first two singles. What we got was pure, unadulterated Wu-Tang. All cuts were done by RZA, except one that was crafted by fellow Wu producer True Master. You couldn’t really find a flaw on this album, and that’s just how we liked it. Besides how crazy the production was and how vivid Ghost’s lyrics were, we also were thoroughly impressed with how fluid the album was, as this is among the most cohesive albums not just of Ghost’s discography but within the entire Wu family.

Ironman is a murky album filled with street tales of survival mixed with scholarly depth and occasional wit. While many wanted this album to be another version of Rae’s aforementioned legendary album, this held its own against any of the best solo Wu albums during this time period. It was his sophomore album, the legitimate classic Supreme Clientele, where we got more of his star appeal, but this debut laid the groundwork.

With Ironman, Ghost showed us his style of detailed imagery and original wordplay that only Ghost can provide. We still wanted to see how he stood out from the rest of the pack, which like I said didn’t happen until Supreme Clientele and the equally impressive Bulletproof Wallets, but at least we see the foundation of one of Hip Hop’s true super heroes.

Recent releases such as Twelve Reasons To Die and Sour Soul have put the period on the legacy that any may have doubted Ghost has earned. However, it was Ironman that we saw the first initial light of Ghost the solo star. Simply put, you can never call yourself a Wu head without owning this banger in your collection.

Salute to Big Face Ghost, and this album deserves its place as one of the single strongest albums to come that entire era.