What’s happening peeps! Continuing with my album anniversary salutes, I’m going with an album that, at first, received unfair hate for not living up to its predecessor but in time became widely known as an incredible sophomore album. This is Nas‘ second album, It Was Written. 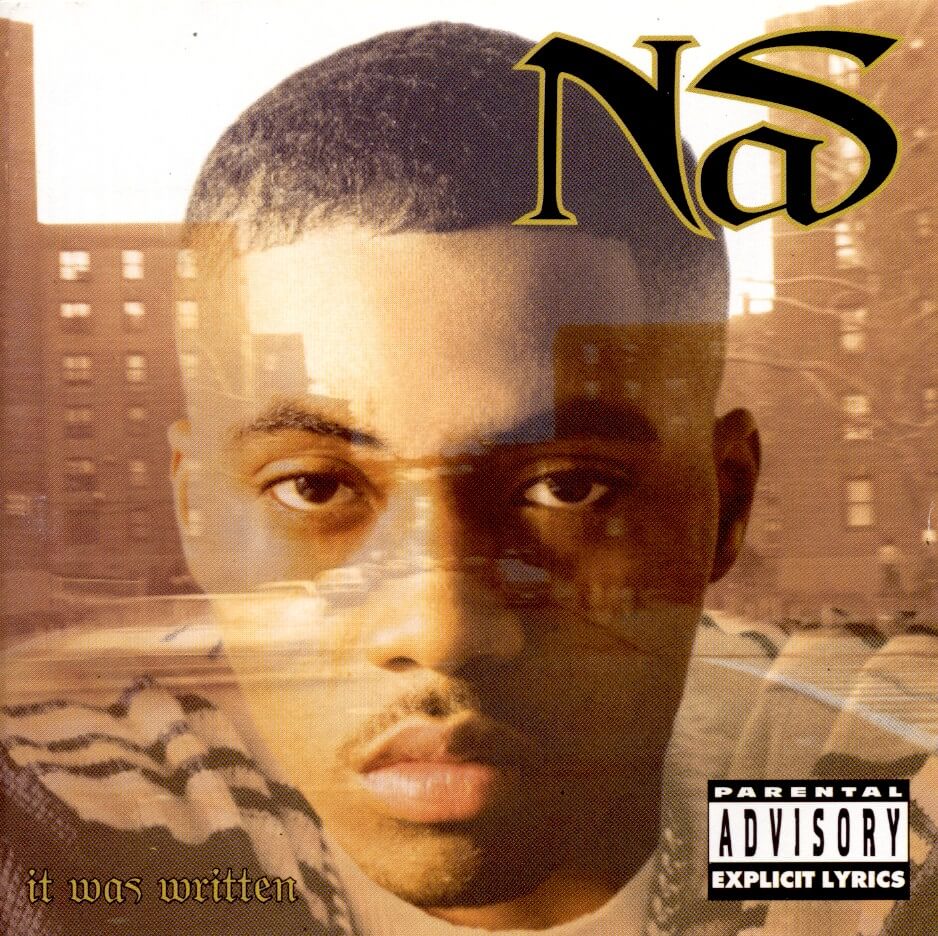 When ads in The Source were stating “Nas is coming” in early ’96, there was a universal “Hell yeah!” from Hip Hop heads quickly anticipating the return of Rakim’s second coming. Soon, we got blessed with the first single from the album, the Lauryn Hill-assisted “If I Ruled The World (Imagine That)”. We quickly knew this was a new sound from Nas. We were expecting a single that would remind us of another Illmatic, which is what we were GREATLY hoping it would be. “If I Ruled The World” was dope but very radio friendly and somewhat raised an eyebrow. The Trackmasters-produced cut would be the start however of what would be one of the game’s most conceptual and well-produced albums of that period.

Many heads, including myself, were miffed about the commercial, radio-friendly tracks like the aforementioned and “Street Dreams”, especially the R. Kelly remix. However, once the first cut after the masterful intro hit, we had a lot more to be excited about. “The Message” is an amazing cut that, in spite of the Biggie or Jay-Z dis, could’ve very easily belonged on his perfect debut. What was apparent was not just his ever increasing lyricism, but his way of leaning towards trendiness. At that time, the mafioso theme was all over the east coast with albums from Jay-Z, Junior M.A.F.I.A., and Raekwon’s impeccable debut all getting ties from old mafia movies like Scarface, Goodfellas, The Godfather, and others.

Cuts like “Silent Murda”, “Shootouts” and especially the introduction of the supergroup The Firm (which consisted of him, AZ, Foxy Brown, and originally Cormega-who later got replaced by Nature) “Affirmative Action” had subtle to overtly used samples of mafia family concepts. While it has some Illmatic sprinkles in here like the aforementioned “Message” and the sick “Take It In Blood”, this was clearly an album that had moved past his timeless debut and he wanted to show the world his range. The MVP belonged to the haunting, Premo-powered “I Gave You Power”, in which he takes the concept of Organized Konfusion’s unforgettable “Stray Bullet” and becomes an actual gun. This cut alone is among the most creative and brilliant cuts in the entire discography of Nasir Jones.

Clearly, this album was not quite as street gutter as the first one as a whole, but one can’t deny how impactful this album was and is to this day. Already seen as a microphone prodigy, he was only furthering sharpening his sword. He was becoming more conceptual and more of an artist reaching mass appeal, as this still is his highest-selling album to date, standing at quadruple platinum status.

On Illmatic, he was introduced to the world as a young hood cat speaking on his environment while looking to Hip Hop as his saving grace. On It Was Written, he made it to the big mansion on the other side of the hood with power, fame, and wealth, but more street-wise intelligence. There are some that even say this is better than Illmatic (although I wouldn’t go nearly that far kiddos). In any event, this was an album that twenty years later remains within his top five albums ever, and continued to mold the legend that is Nas to this very era.