What’s happening peeps! It’s another twenty-year salute to an album that has stood the test of time with its influence and inescapable appeal of redefining the South and possibly the game as a whole. This post salutes UGK, and their bluesy classic, Ridin’ Dirty. 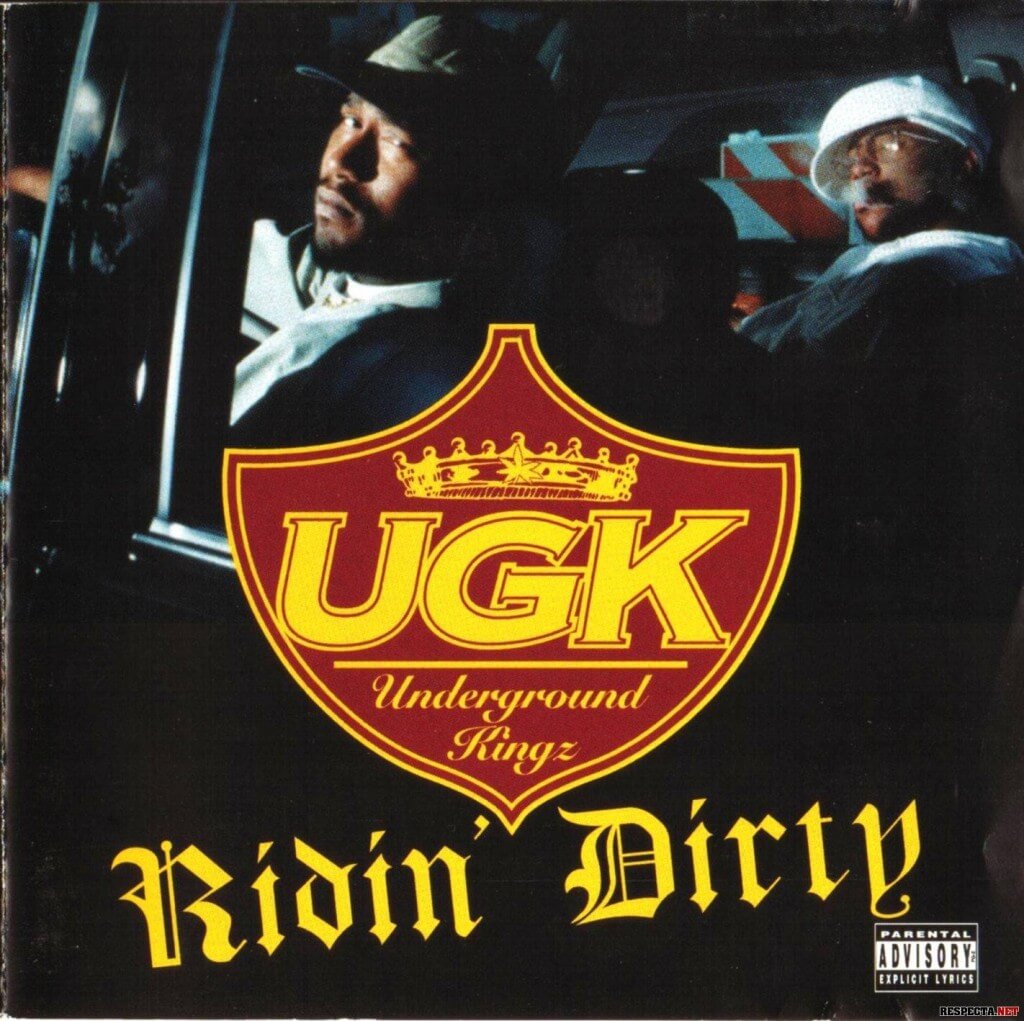 Some of us were familiar with Bernard “Bun B” Freeman and the late Chad “Pimp C” Butler in the early nineties with their prior albums, Too Hard To Swallow and their funky follow-up Super Tight.  These albums delivered southern funk underneath tales of pimpin, violence and hustling. Cuts like the Rufus & Chaka Khan-jacked “Something Good”, “Front, Back, Side To Side” and “Pocket Full Of Stones” made them known primarily in the South, but regardless provided great buzz for these Port Arthur, Texas natives.  Seen as the forefathers of southern Hip Hop, along with The Geto Boys, they provided a sound that would become relative to what the Houston sound was like: slow, laid-back, melodic grooves that incorporated the blues and funk (every now and then some down home Church-like sounds).  While they weren’t as macabre and used shocking wit like The Geto Boys, they were every bit as vivid.  However, they wanted to step up their sound, yet still keep it ‘trill’.

In comes the year of ’96, and they drop Ridin’ Dirty, an album filled with some of the most soulful, yet gritty, music the South had ever heard. While people were in a new time in the South reveling in new acts like Outkast and Goodie Mob, Bun and Pimp wanted to remind people who the real fathers of the South were. The only single released wasn’t even released on a commercial level. It was only heard in college radio stations and during mix shows in the South only.  It was the incredibly soulful, yet very compelling and somber, collab with The Convicts’ 3-2 and a Ron Isley-sounding brother called “One Day”. This was absolutely the perfect way to start the album off, but quite frankly, it was hard to even go past this track, as this had classic written all over it. Once you managed to do that, they went into the more aggressive “Murda”, which contained Bun B rhyming like he this was the last sixteen of his life.  It’s still unclear as to whether or not he has verbally spit this well since. We then make another one hundred eighty degree turn with the funky and bluesy “Pinky Ring”, which is completely a Pimp C type track, and we couldn’t get enough of it.

With other incredible pieces like the Screw-esque “Diamonds & Wood”, “Hi-Life”, and the stellar Johnnie Taylor-sampled title track, there were ZERO flaws here. Even the slightly sub-par cuts on here, which weren’t but one no more than two, stood up well against the other dazzling production and great style brought on by the gangsta and the pimp.

Ridin’ Dirty, is highly regarded to this day as a benchmark and a cornerstone of southern Hip Hop. Artists not from the South like Nas, Jay-Z, Beanie Sigel, and Game have all expressed the love of UGK from just this one album. Painfully, we don’t have albums from the South that sound this fresh, this good, or this soulful, all the stuff that makes up with the South is musically.

Sadly, the death of Pimp C forever put an early end for UGK, but Bun continues to represent his fallen partner with solo albums like his DOPE solo debut, Trill, II Trill, and his own southern classic, Trill O.G. This album, however, is a southern treasure that deserves the praise and respect it gets.  Twenty years later, this still is seen as a blueprint for southern Hip Hop. Salute to Bun and Pimp.