What’s good folks! I’m back again with yet another salute to those 1996 albums that were impactful and helped change the landscape of Hip Hop as we know it. This particular album is slightly different. Although it’s not widely considered a classic or a game changer in Hip Hop, this album – from a ferocious Long Island emcee considered “the most beautifullest” emcee walking – is often considered as one of the better albums of ’96, even though it doesn’t always receive the props it so rightfully deserves. 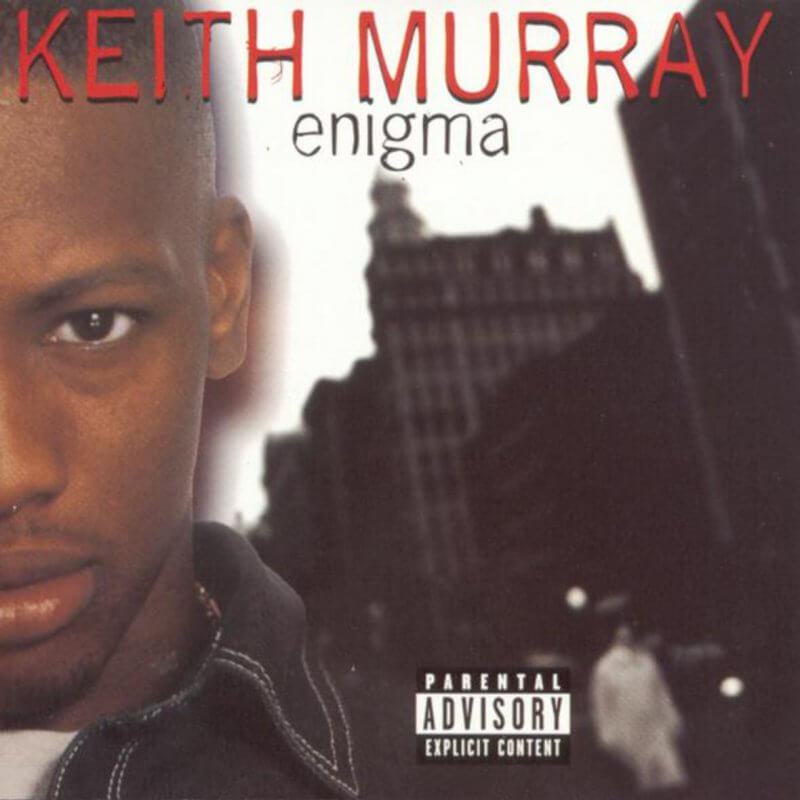 In ’94, we got exposed to this hungry new jack hanging with Erick Sermon and Redman for E-Double’s highly slept-on No Pressure album on a track called “Hostile”. This cut opened lots of ears to a young dude named Keith Murray (real name, no gimmicks). Similarly to an emcee named at the time Nasty Nas (you may have heard of him), heads were very much awaiting his debut based on that one verse he spit.

He finally delivered with his debut single, “The Most Beautifullest Thing In This World”, which incorporated the same “Between The Sheets” sample that Biggie used the same year for his crossover hit “Big Poppa”. In the video, we see him spitting lyrics to another cut that would be featured on the album by saying: “From New York to the world over/I walk emcees like Jesus walks the waters”.

When he dropped his debut album of the same name, the wait was worth it. It was gritty, very street, and more than exhibited how insane his lyrical abilities were behind Erick’s tremendous production. His second single, the weed dedicated “Get Lifted”, proved the point even more for those who didn’t think he could do it again the second time with another single. The album was among the hottest of the year in ’94 (keep in mind, this is the same year Illmatic, Ready To Die, Tical, The Diary, and Hard To Earn dropped among other classics), and we saw a star emerge to further solidify the Def Squad camp.

Heads were soon checking for his sophomore album, wondering if there would be a sophomore jinx. Of course, not many were expecting that, as Erick was among the top five most sought-after producers in the game at that time. The first single, “The Rhyme”, which had Murray rhyming over more polished production from Erick, put any notions of sophomore slump to rest.

“The Rhyme” was only a small taste of the fire to come. He delivered his second album, Enigma, one month after the single was released. In short, this album walked the line of exceptional. Lyrically, he wasn’t as angry or zooted, but he was every bit as much of a savage as before. The production was just as big of a story. While we heard Murray spitting over rugged and grimy Erick Sermon beats, this time Erick gave him more melodic, polished and accessible production, being joined on three tracks by production squad The Umma, which consisted of Q-Tip, Ali Shaheed, and J Dilla (their production on the remix to “The Rhyme” is LIFE).

Still hood in every area, Murray blisters standout tracks like “Love L.O.D.”, “Manifique (Original Rules)” (the original pressing of this cut had him calling out Mobb Deep based on the beef between he and Prodigy at the time), and the insane posse cut “Yeah”, featuring Red, Erick, then-Def Squad member Jamal, and Busta Rhymes. He gets deep and personal with the ode to deceased family and friends on the melancholy Dave Hollister-assisted “To My Mans” to put more substance to his overall tough talking, s***-spitting rhyming.

Some have stated that the production would become a little monotonous towards the end and his aggressive flow could grow tiresome, but with that being said, this is the best album he has put out regardless . While his debut was a fire introduction and his third album, It’s A Beautiful Thing, was simply excellent (“My Life” is still one of my top five fave cuts ever from him), Enigma stands alone as his championship album. This was hard-hitting, melodic, boom-bap Hip Hop at its finest, and deserves to be mentioned among the truly best moments of ’96. To that, we salute Keith Murray for delivering this SICK album.