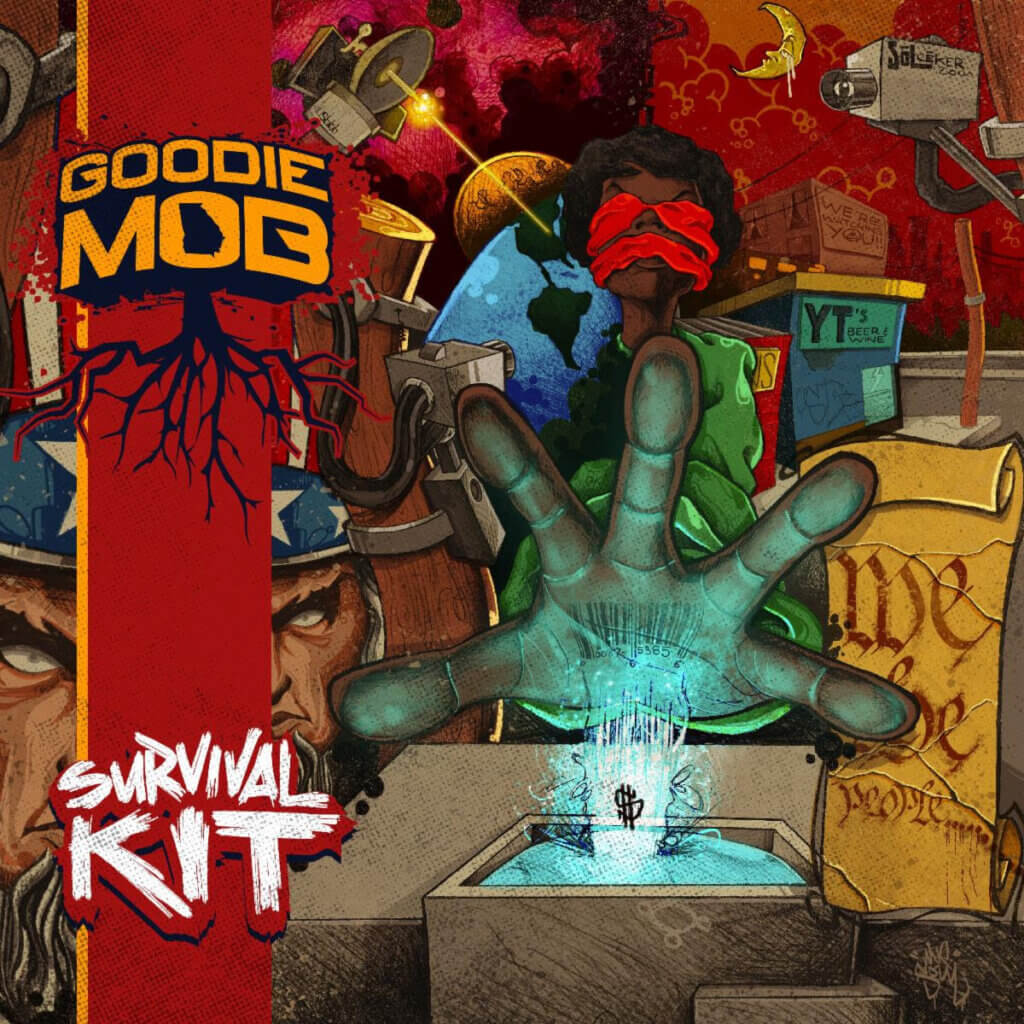 The three subsequent albums weren’t as good as the first two, even if they weren’t all bad. World Party (1999) was a bit of a disappointment disenfranchising some fans with its quasi-commercialism, One Monkey Don’t Stop No Show (2004) may not have been great but it was a solid and underrated comeback (even without Cee-Lo who had left the group to pursue a solo pop career), and Age Against The Machine (2013) had its moments but was a mixed bag because of its messy musical eclectism, arguably too focused on the returned Cee-Lo.

So what about Survival Kit? Is it on par with Goodie Mob’s first two, or more in line with the last three? Survival Kit is a kind of Dungeon Family reunion – Organized Noize takes care of production duties, OutKast legends André 3000 and Big Boi show up for guest verses (though not on the same song), and Big Rube make appearances on the two interludes. Organized Noize can always be relied on to provide smooth musical backdrops, and lyrically Survival Kit is an album for the times with its socio-political commentaries – dealing with topics like police brutality, societal unrest, injustices, and such.

Public Enemy’s Chuck D takes care of the hook on the rock-flavored album opener “Are You Ready”, one of the strongest tracks on the album. Other stand-outs include “Frontline”, “No Cigar” (with André 3000), “Prey 4 Da Sheep” (with Big Boi), the empowering “4 My Ppl”, the feel-good anthem “off-Road”, the beat-switching “Calm B4 Da Storm”, and “Amazing Grays”. There are a couple of weaker tracks too (like “Try We”) but on a 14-song tracklist with a 54-minute runtime, a dud or two can be forgiven.

All in all, Survival Kit is a well put together comeback effort – Goodie Mob’s best album since Still Standing. 73/100