Soul Food included the first use of the term ‘dirty south’ (originated by Cool Breeze), on the track of the same name. The Goodie Mob quartet includes CeeLo Green, Big Gipp, Khujo, and T-Mo. Guest vocalists on this album include André 3000 and Big Boi of Outkast, Cool Breeze, and Witchdoctor. In 1996, it was certified gold as sales stand at over 500,000 units in the U.S.

Soul Food received critical acclaim for its raw, Southern, socially conscious lyrics and original production from Organized Noize. Along with Outkast’s Southernplayalisticadillacmuzik, Soul Food has been regarded as one of the two albums that brought southern Hip Hop to the mainstream, and it is regarded as a southern classic. 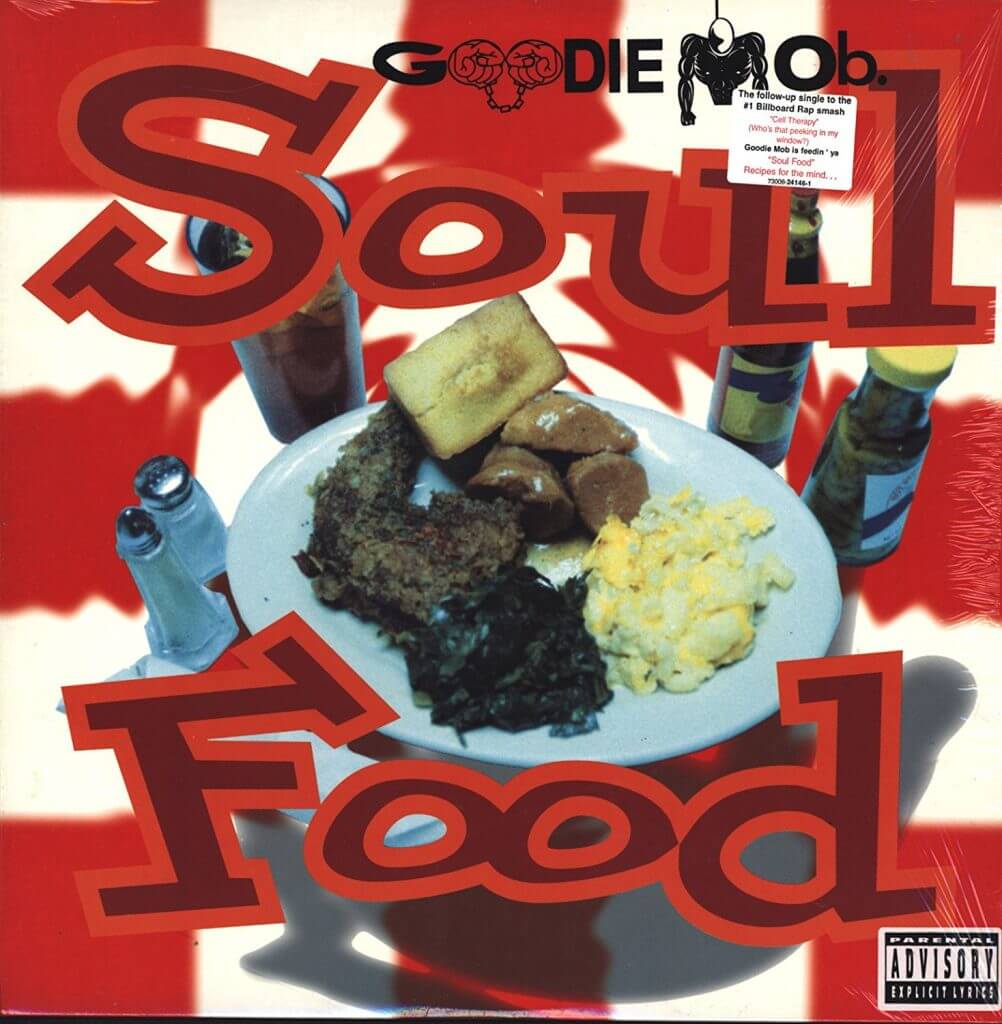