“Sex Machine” is the lead single from Big & Beautiful, the third studio album by The Fat Boys.

The Fat Boys are a legendary trio from Brooklyn, New York City, that emerged in the early 1980s. The group was briefly known originally as the Disco 3 and was composed of  Damon “Kool Rock-Ski” Wimbley, and Darren “Buff Love” Robinson, who died of a heart attack during a bout with respiratory flu in 1995, and Mark “Prince Markie Dee” Morales, who died from congestive heart failure on  February 18, 2021.

The trio is widely known for using beatboxing in their songs. The group opened doors for beatboxers like Biz Markie and Doug E. Fresh. The Fat Boys was one of the first rap groups to release full-length rap albums, along with Run-D.M.C., Whodini, and Kurtis Blow. Beloved for their comedic, self-deprecating rhymes, the group released 7 studio albums, 4 of which went Gold by RIAA.

The first two albums of the group were produced by the legendary Kurtis Blow, and they were successful due to the singles “Jail House Rap”, “Can You Feel It?”, “Fat Boys”, “Stick ‘Em”, “Don’t You Dog Me”, “All You Can Eat”, “The Fat Boys Are Back”, “Pump It Up”, and the videos to them. The album Crushin’ received a Platinum status due to their loud single “Wipeout”, which was recorded together with The Beach Boys. The next album, Coming Back Hard Again, repeated the formula of the previous one and received a Gold status due to the successful single “The Twist (Yo, Twist)”, recorded together with Chubby Checker. (Wikipedia) 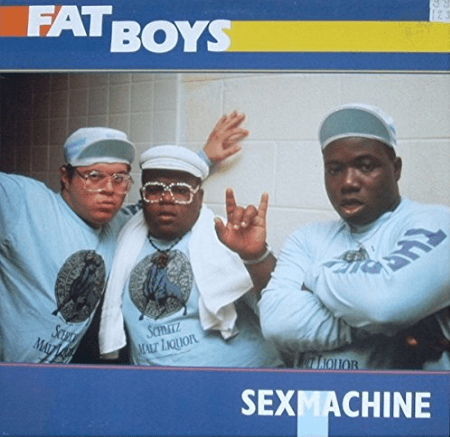