“She’s on It” is a song by the Beastie Boys. The group’s third single, it was released on the soundtrack to the 1985 film Krush Groove.

Despite failing to attract commercial success at the time of its release in 1985, a re-release in 1987 was much more successful, becoming a top 10 hit on the UK Singles Chart, and reaching the top 50 in two other European countries. The song’s video was one of the band’s first music videos. The boys are trying to win the heart of a beautiful woman on the beach, but their efforts are foiled by stampeding female fans. Not even the assistance of a mentor (played by producer Rick Rubin) can help them. Their attempts range from using Spanish Fly to flying over her in a helicopter and a net, and even their attempt to blow her up fails. The video was included in the band’s 1987 CBS/Fox Video compilation but has not been included on any video release since. 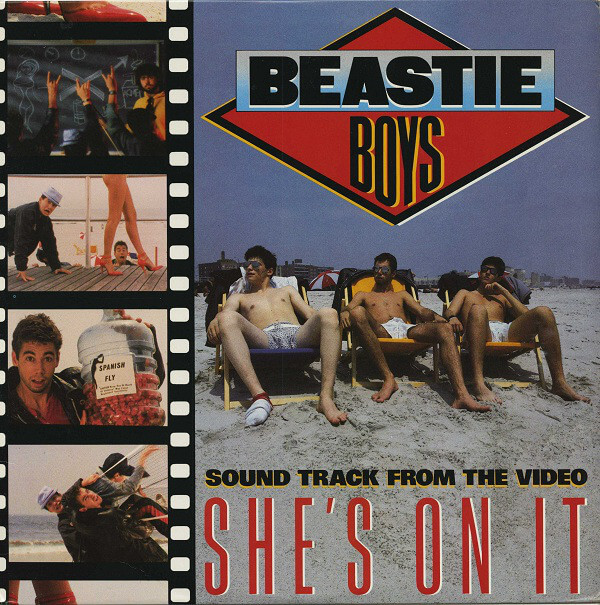