The original version of “Push It” was first released as the B-side to the 12″ single “Tramp” in 1987. The corresponding 7″ single contained a “Mixx-It” remix by San Francisco DJ and producer Cameron Paul; this was the radio version that gave the group its first mainstream hit. It advanced into the Billboard Top 40 the week of December 26, 1987, eventually reaching its peak of #19 the week of February 20, 1988.

The original 1986 editions of the album Hot, Cool & Vicious did not contain “Push It”. When the Cameron Paul remix of “Push It” became a radio hit, the album was reissued with the “Push It” remix added, along with the original versions of “Tramp” and “Chick on the Side” replaced by remixes.

“Push It” was nominated for a Grammy Award, and the strength of that single catapulted the reissued Hot, Cool and Vicious album to platinum sales in the US with one million sold, making Salt-n-Pepa the first female rap act (group or solo) to go gold or platinum. The album ultimately sold 1.3 million copies worldwide.

The song quotes a line from “You Really Got Me” by The Kinks, with the word “girl” replaced with “boy”: “Boy, you really got me goin’/You got me so I don’t know what I’m doin’.” The whispered “Push it” is sampled from a 1977 recording called “Keep on Pushin'” by the band Coal Kitchen.

The music video for “Push It” features a concert performance of the song, along with DJ Spinderella and Hurby “Luv Bug” Azor on keyboards and backing vocals. (Wikipedia) 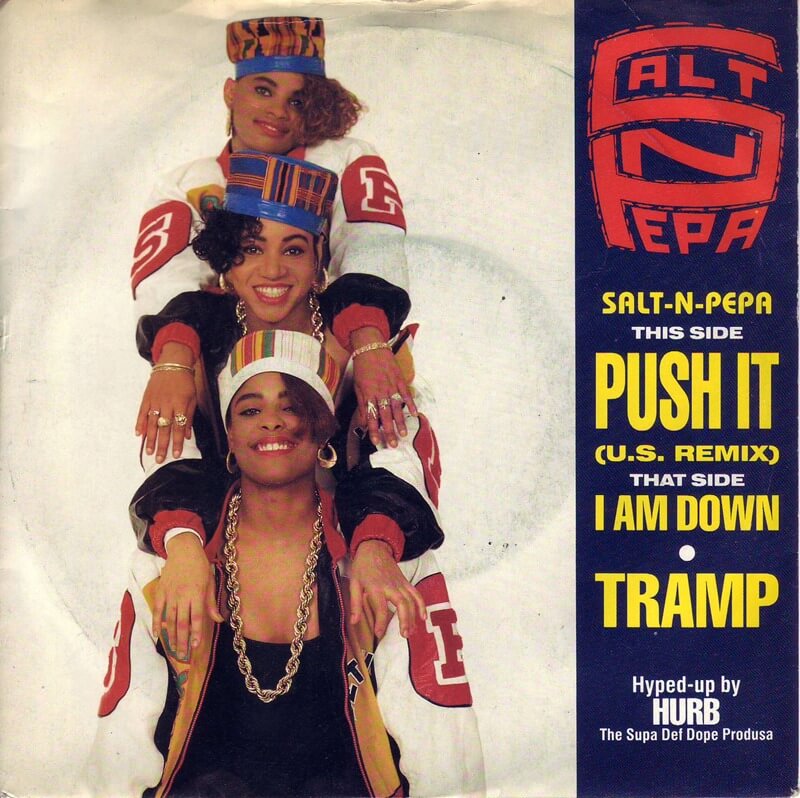