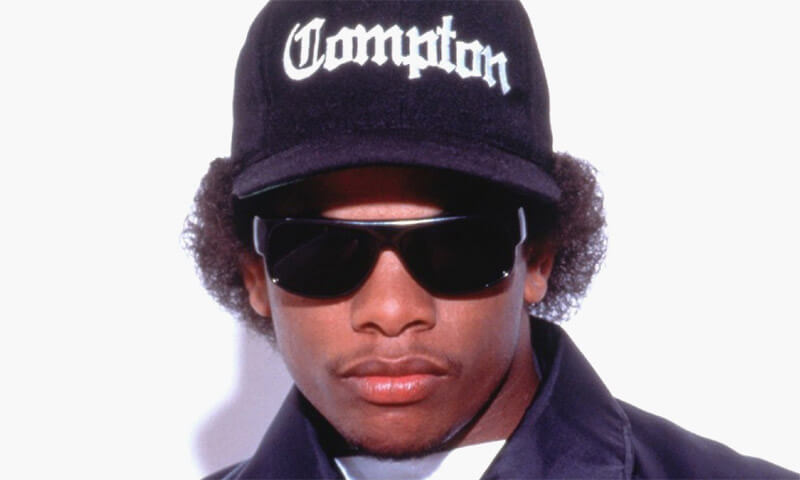 For those who are unaware, I (somewhat ironically) found myself more influenced by artists such as Eazy-E and Ice-T than I did so-called “conscious backpack rappers” coming up. It’s ironic because some have tried to classify me as a throwback backpack rapper. But, that’s not to say that I’m out here slanging and banging anymore or anything. However, the approach these two artists took to music always was a marvel-worthy thing for me. Additionally, there’s just something about artists like the aforementioned that made me want to rap more than, say, Common when I first started rapping. So, it comes as no surprise that Eazy-Duz-It is one of my favorite albums. 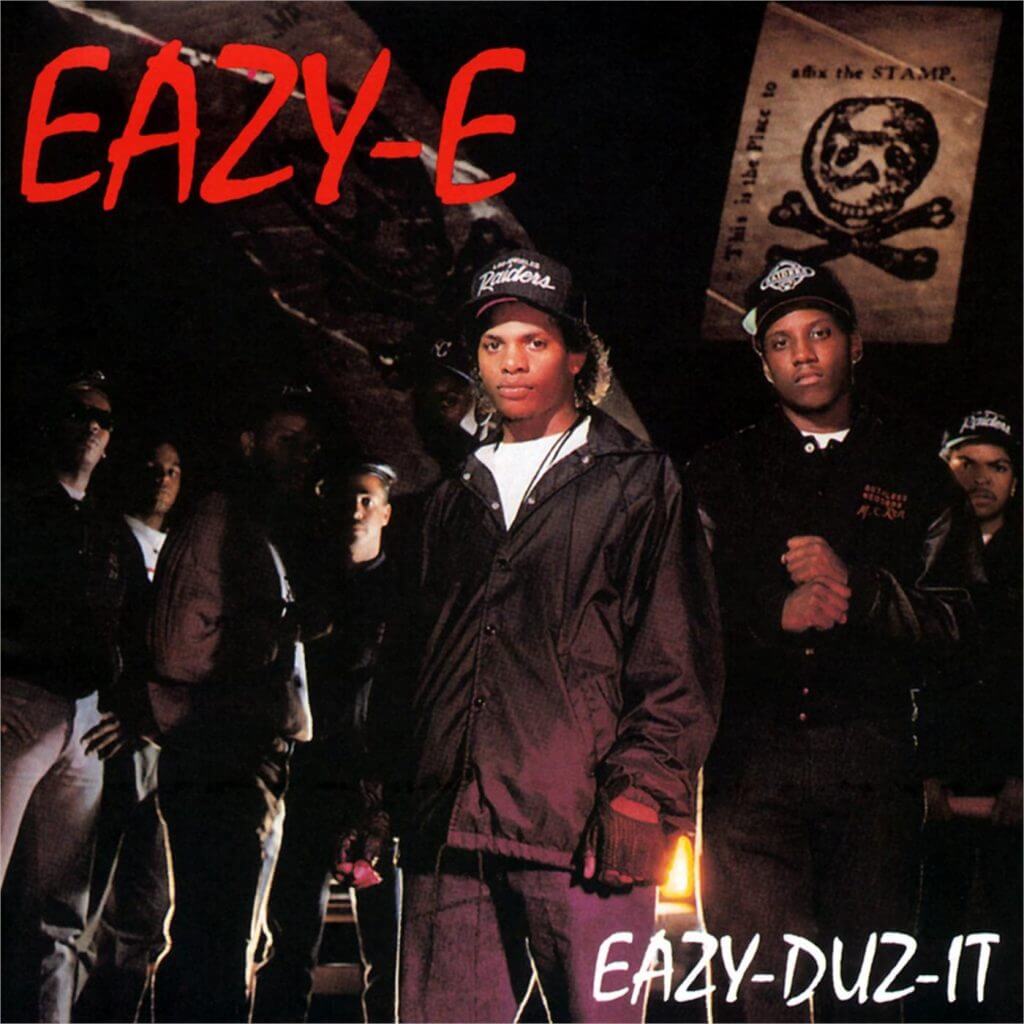 Released about a month after N.W.A.’s Straight Outta Compton, Eazy-Duz-It But, does one of the quintessential gangsta rap albums hold up twenty-eight years later, or does it suffer from being a product of its time?

The album begins with a dark-a** intro (a la Ice-T’s albums), then bleeds effortlessly into “Still Talkin'” and “Nobody Move.” “Talkin'” is your typical s***-talking track that proclaims, among other things, that Eazy is a boss with the D. I love the bridge breakdowns and the fact that Eazy’s lyrics are equal parts outlandish as hell (for instance, “I may be a woman beater, but I’m not a pussy eater”) and grounded.

Now, “Nobody Move” details a bank robbery where Eazy and MC Ren murder hostages, beat down guards, and almost get away with it (until Eazy’s gun runs out of bullets). Keeping up with the outlandish situations, Eazy almost unknowingly has sex with, I’m going to assume, a crossdresser. I say “assume” because it’s not really known if the person in question identified as female or just liked women’s clothes. Gender identity semantics aside, the track works because of its production and the believability factor of Eazy’s delivery.

Next up, MC Ren and Eazy drop an on-the-spot “freestyle,” “Ruthless Villain.” There’s not too much to say about this track other than it keeps up the gangsta imagery from the first two tracks. It’s not one of the particularly noteworthy tracks, to me, but it still rides so smoothly. From here, we get into “2 Hard Mutha’s.” Eazy and Ren drop some pretty intricate for the time schemes here. On top of that, the bass and drums on this one are beautiful. If you’re looking for a track to fit into a nostalgic mix, I’d recommend it because of its inclusion of everything that made up early gangsta rap: soul samples, dope drums, hard lyrics, and bragging that felt more real than just braggadocios BS.

The “Boyz-N-The-Hood” remix…do we really need to say anything about this track? I mean, for real, guys. It’s a track that’s a classic for a reason. It’s infectious as hell, lyrically sound, and it gives a perspective unseen at the time. What I love about it and the album’s title track are the storytelling abilities Eazy and his team came up with. You’d think that, almost halfway through, you’d get tired of hearing about how Eazy rolled up on this girl or that guy and smoked ’em, but nope.

“We Want Eazy” is a hidden gem on this album. Not exactly hidden, because it did get released as a single. But, it’s one that often gets looked over when we’re talking Eazy classics. The production, as usual on this album, slaps and does its sample material (“Ahh… The Name is Bootsy, Baby!”) justice. “Eazy-er Said Than Dunn” is a radio single that doesn’t sacrifice any of Eazy’s style for the sake of not cursing or being explicit.

You still get exactly what you’d expect from Eazy, just without the profanities. Same thing with “Radio,” track that, quite literally, tells us how much we’d hear Eazy on the radio because of his style. This trio of songs is on some “Zealots” stuff (hi Lauryn), in that we’re so used to hearing Eazy curse and the like…but he’s doing so to draw us in and get our attention on the issues at hand. 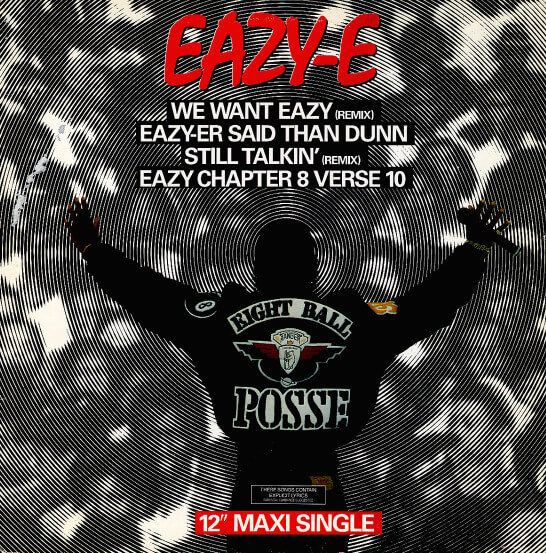 Eazy and his team were wise beyond their years, as cliched as that sounds (and even though Eazy was already in his 20s, contrary to the original “born in ’73” hilarity).

Next up, we get “No More ?’s,” which feels a bit like a late-80s version of Lil’ Wayne’s “Feel Me.” Both use the framing device of being interviewed and then saying “hey, you’re getting too personal, but I’ll still give you some answers…to a point.” However, Eazy does it as if he’s legit getting interviewed, straying away from profanity to get to the point about his past. It’s another hidden gem of a track and one of my personal favorites off the album.

The final two tracks on the album, “I’mma Break It Down” and “Eazy – Chapter 8 Verse 10,” feature Eazy rapping over some dope breaks (Baltimore club heads will especially remember the break used in “Chapter 8”) and speaking his peace. The final track, delivered like a sermon, gives us a rundown of what’s gone down in the album (and in Eazy’s life that day). Things got real, fun was had, but overall? We got ourselves a classic album in the process that speaks on reality, but in a way that’s so outlandish, you’ve just got to pay attention even more so.

So, does Eazy-Duz-It hold up twenty-eight years after its debut? While the bars are a bit simplistic at times, the album itself holds up as a centerpiece of rap in general, gangsta or otherwise. The production is timeless, even in its somewhat dated nature. And Eazy’s delivery keeps you into the bars when they may get a bit repetitive. Overall, Eazy-Duz-It has earned its place in music history.

Happy belated birthday, Eazy. I’m about three weeks later, but better late than never. Thank you for your contributions to Hip Hop.

Written by Speed on the Beat