Did somebody say dominoes?

It was a Friday, the sun was shining, and I made a call. It was my boy Mitch on the line, a really pleasant cat with the type of inviting demeanor that makes random calls like this fun. One of the good guys, and an all-around music fiend. He was perfect for this. And yes, we were both at work, but still knew the gravity of the moment.

I told him we were going for a ride and to tell his boss we’d have his van back in, idk… 15 minutes.

We had something important to discuss; a seminal moment of sorts. It’s been 10 years since it dropped (are we old now?!), and so we sat down and talked about Kendrick Lamar’s good kid, m.A.A.d. city. 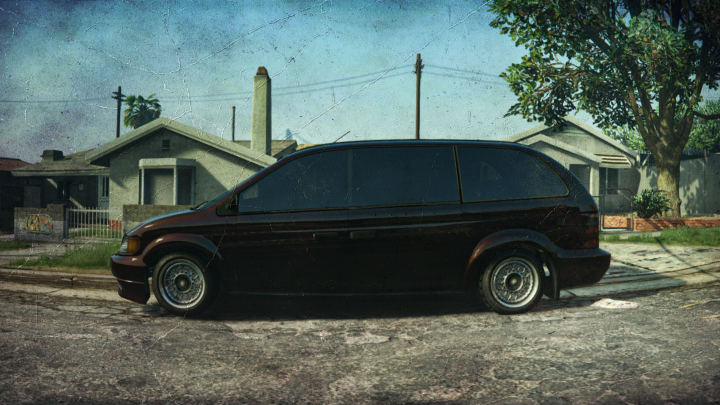 Let me start by saying that this is one of those I-remember-where-I-was-at-the-first-time-I-heard-this-album albums. Not on the level of MJ or Aaliyah passing, or OJ in the Bronco, or 9/11, but this tape definitely came through and “bust my head”.

It was refreshing, it was relatable, it was comfy, and it was brand spanking new, all at the same time. I’d be lying if I said I’d ever heard anything like it before, or since. All I can say is that it’s just one of them f****** tapes, man.

And the thing is—

My bad. This ain’t even about me, y’all. Meet Mitch.

Yo, T… did you know that Backseat Freestyle was originally a beat for Ciara?

Only you, Mitch. I did not.

That’s the thing about this album, everything is so memorable and vivid, that everyone remembers everything from the album itself already. So I figured I’d hit you with something off the wall…

I don’t revisit it as much as I do his other projects because I wore it TF out, like word-for-word, when it dropped. Maybe December was the last time.

Bc it’s like a good film; you know all the best parts literally forever. So it sort of hurts its replay value at this point.

Wait… that sort of sounded like a bad thing?

Nope. Certain albums are so perfect bc the tracklist order is easy to remember. That’s always a good sign. Which means it truly, truly tells a story. If the order is right, it never leaves you.

Do you remember where you were the first time you heard it?

I was in Valdosta for Homecoming and we listened to it as a group, me and the homies, ha. I’m still cool with them today, too. We were just so happy for him getting that bigger stage. We were already fans, so this was appointment listening, honestly. DURING Homecoming week, all together, in the living room, no chicks. Just vibes!

I love stories like this. Especially in this case, because it mirrors the simple camaraderie that underscores the album itself. The way I envision it, that living room in Valdosta with the fellas packed in it, might as well have been KDot’s mama’s van. 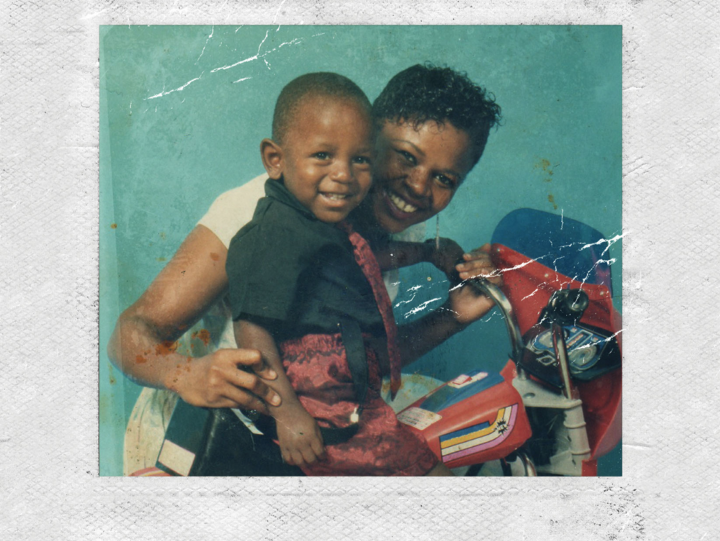 But I didn’t want to get too far down Rosecrans before I asked him the titular question.

Yeah, it does. It was extremely ambitious, the rollout was great, and he turned the corner from stardom to superstardom quicker than we’ve seen almost anybody do it…

I actually went to see him during this time with the rest of Black Hippy. He performed ‘Backseat Freestyle’, which was unreleased at the time.

… Did he bring Ciara out?

But nah for real, everybody was quiet AF when the song first started, and then by the second time we heard that chorus, EVERYBODY was all over it. That experience, that night, for that song—the way it caught on like that—was sort of what the entire album was for his career.

I dug. I was there. It was 2012, and I was outside. We all were, it seemed. It wasn’t Nas’ highly anticipated, GOAT-reclamation-type project like Life Is Good had been that summer. Nor did it capture the immediate, absolute ubiquity of Trinidad James’ “All Gold Everything” of that fall. It was actually… both, yet still neither.

I see what you’re saying. Put it like this: it was low key the last album that actually felt like a movie on impact. Like a modern-day ‘Boyz N the Hood’ audio recording.

Mmhhmm… Like the end of an era? Or maybe the beginning of a new one?

I’d say it’s the end of an era, but not in the way that most people always think that their generation is truly the “last of the Mohicans”. It was the end of an era in the type of way that he was headlining the last group of rappers that had a chance to grow up and be talked about as the greats. Rap is different now. Not worse, just different.

Well, KDot sort of threw himself into that “greatest” convo literally the next year on that “Control” verse, right? I feel like GKMC gave him that extra leg to stand on that he didn’t have prior to this.

Yes. This isn’t even his best album to me. TPAB is one of my favorite albums ever, even if it doesn’t deserve 5 mics. GKMC is, however, one of the best debut albums ever, and probably his “greatest”.

Isn’t Section 80 the debut, though?

Boy was I glad I called him. I had another, more incisive question though…

Why doesn’t this have 5 mics?

It’s really easy to pin it on the lack of Southern acceptance. But LA isn’t necessarily looked at as Southern Hip-Hop at all. You also had Wale and Cole come out with debut albums that some folks thought was not up to snuff with their previous mixtapes. So maybe that generation as a whole was lumped in together. It honestly had everything you look for, so I’m at a loss.

Agreed. Some things don’t get their due in the moment… or ever really. Perhaps the 5-mic designation is just a formality at this point.

I couldn’t let him leave without putting him through a round of quick fire!

Which album cover do you like better? The van or the kitchen table?

Using only celebrities, describe what you think Sherane looks like.

Most, or least, favorite radio single?

I’ll go most — Poetic Justice. You had a Janet sample, Drake on the album, AND it was for the ladies. You add that up and it was really supposed to come off corny, but it didn’t! Plus the girl in that video was bad as hell!

Favorite song on the album?

Song you liked a lot more back then than you do now?

The Art of Peer Pressure.

Song you like a lot more today than you did back then?

Real. It has a Samba vibe. If someone were to play that at a Brazilian backyard party I’d be mad I wasn’t in attendance. If you just listen to the beat only, it’s pretty wild. 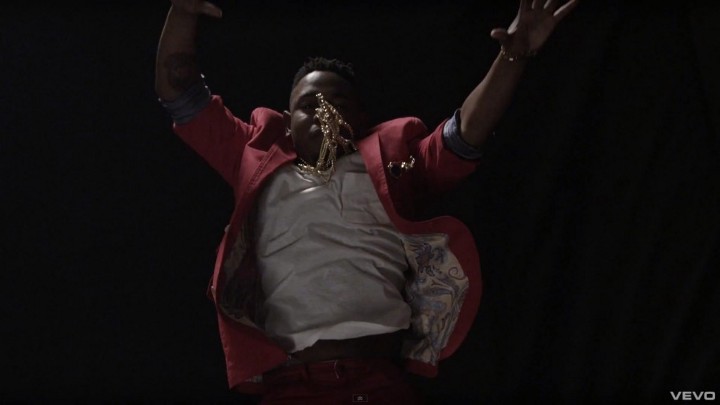 One thing that a lot of 5 mic albums really kill is their feature placement. This album had them. We already talked about Janet, Drake, and the Dr. Dre element. But as we dig deeper, Pharrell absolutely blesses this, MC Eiht too. Even Jay-Z and Mary J are on the bonus tracks.

Did somebody say dominoes? Absolutely. But most notable of all, with perhaps the feature performance of the decade… (he knew where I was going with this).

And that’s saying a lot because it actually isn’t. Everybody adores it. And even with that said, you can’t really adore it enough because that’s just how good the song is.

There is literally always a verse on a classic album that someone comes on and kills. But this verse was an all-time great one.

Yep! But actually, nah. AZ on ‘The Flyest’! It’s the same energy if you think about it. And then, top it off with Jay-Z on the “B**** Don’t Kill My Vibe (Remix)” being overrated, it really stole the show. And Jay-Z’s a Top 3 rapper for me, but I’m just saying. This is the song, not that one.

He was on the money though, and I got excited and made a sports analogy:

If you’re going to win the championship, the timing has to be right (its gotta be *your year*), some big risks have to pay off, at some point you’re probably going to need to get lucky, and someone unexpected has to step up in a big moment.

And for Kendrick, it felt like the entire tape was a big moment, didn’t it? And all these years later, it still is. The 15-minute joy ride we all took in that van has stretched into eternity.

But that’s what happens when you’re with the homies. Time flies. And as our lunch breaks ended, life beckoned. 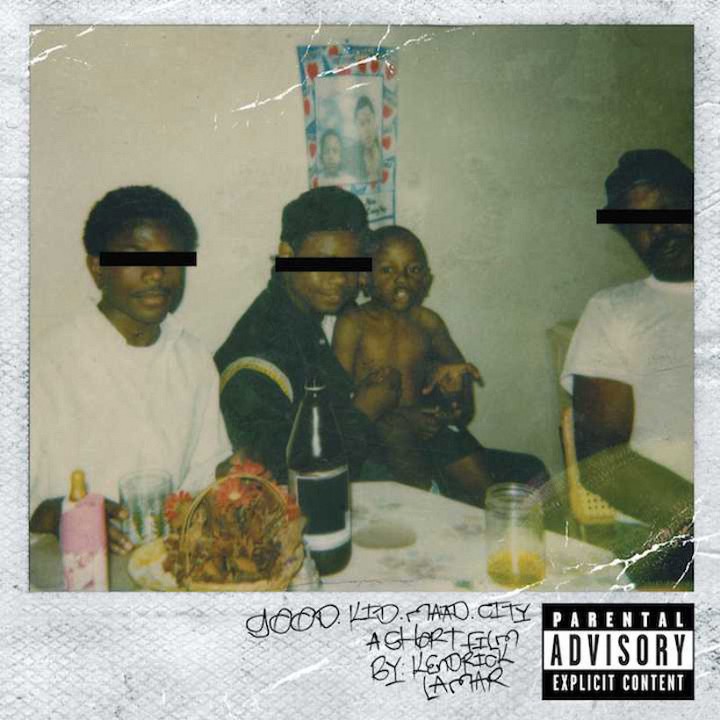 Before we go, where do these skits rank for you all time?

Somewhere in the ballpark of Broke Phi Broke, “ICE COLD!”, Mad Rapper, “Ok, I’m reloaded!”, all of Word of Mouf, and that one crazy a** DMX Joint.

Republished from: [Extra]Ordinary is a Grits & Gospel series of under-rated, under estimated and under-appreciated people in Hip-Hop. They are the ones who get looked over for one reason or another despite having rangy influence, tremendous vision, and/or a s***-ton of talent. These are some of your favorite rappers’ favorite rappers; and you ain’t eeeem know it. My job here is to enlighten their artistry in your eyes so that they may have the chance to evolve from being extra ordinary to extraordinary.

Why Doesn’t Word Of Mouf Have 5 Mics?!