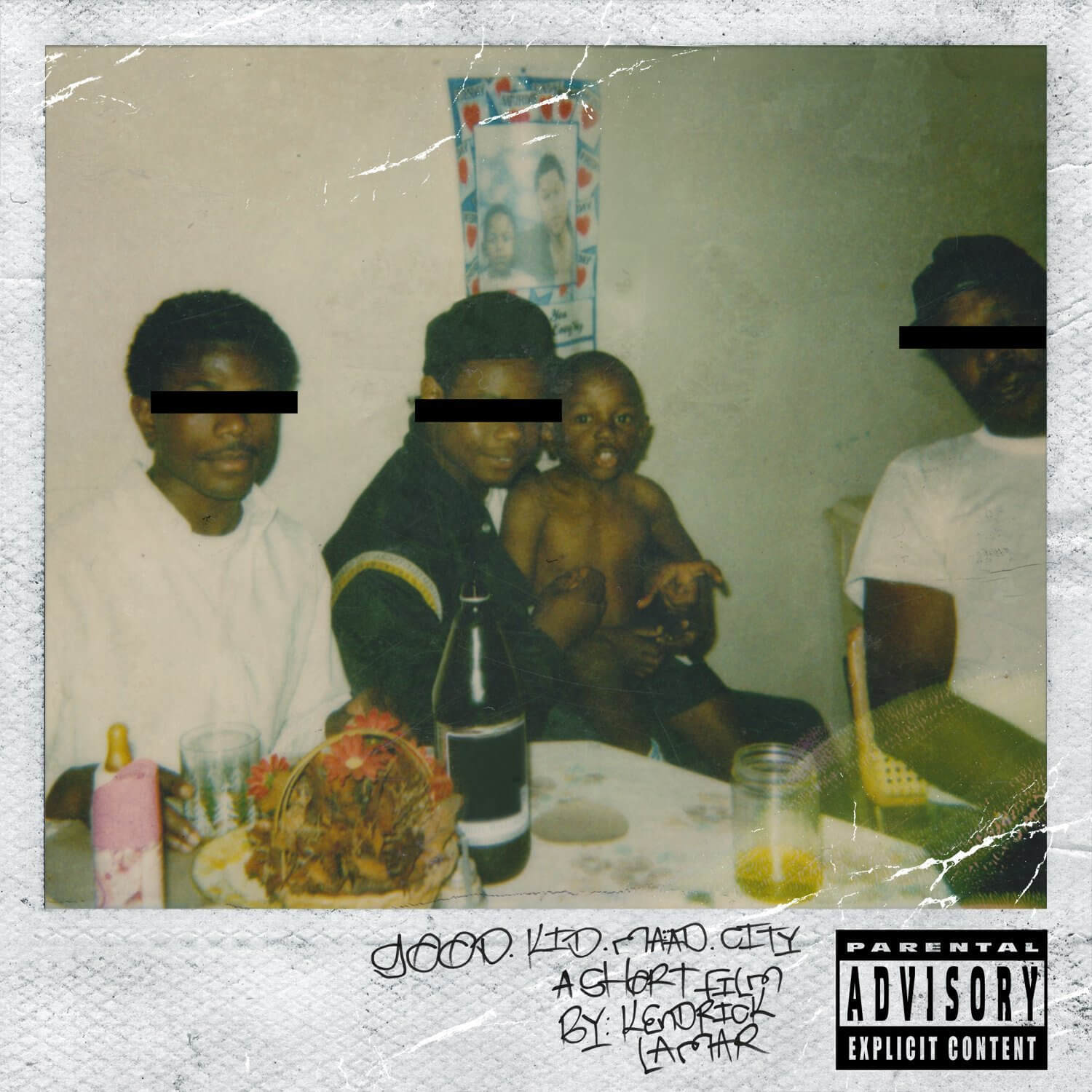 The Art Of Peer Pressure

Sing About Me, I’m Dying of Thirst

Good Kid, M.A.A.D City (stylized as good kid, m.A.A.d city) is the second studio album by American rapper Kendrick Lamar. The album was released on October 22, 2012, by Top Dawg Entertainment, Aftermath Entertainment, and was distributed by Interscope Records. The album serves as Lamar’s major label debut, after his signing to Aftermath and Interscope in early 2012. It was preceded by the release of Kendrick’s debut studio album Section.80 (2011), released exclusively through the iTunes Store independently.

The album was recorded mostly at several studios in California with producers such as Dr. Dre, Just Blaze, Pharrell Williams, Hit-Boy, Scoop DeVille, Jack Splash and T-Minus, among others. Billed as a “short film by Kendrick Lamar” on the album cover, the concept album follows the story of Lamar’s teenage experiences in the drug-infested streets and gang lifestyle of his native Compton, California. Upon its release, Good Kid, M.A.A.D City received widespread acclaim from critics, who praised its thematic scope and Lamar’s lyrics. Good Kid M.A.A.D City earned Lamar four Grammy Award nominations at the 56th Grammy Awards including Album of the Year.

The album debuted at number two on the Billboard 200 chart, selling 242,000 copies in its first week – earning the highest first-week hip hop album sales of 2012 from a male artist, along with the best-selling debut from a male artist of the year. It became Lamar’s first album to enter the UK Albums Chart, peaking at number 16, and entering the UK R&B Albums Chart at number two. The album was also named to many end-of-the-year lists, often topping them. It was certified Platinum by the Recording Industry Association of America (RIAA) and by January 2015, the album had sold 1,400,000 copies, according to Nielsen SoundScan.