Why Doesn’t Word Of Mouf Have 5 Mics?!

Hi, I’m Troy and I’m here to tell you that Ludacris’ Word of Mouf album should have 5-mics.

Looking back on this, I can’t find many technical reasons why the album didn’t get the recognition it deserved. Instead, it got the short end of the stick from The Source. But, like most things in Rap, it’s legacy is about more than just the music and that may have hurt it as much as it helped. 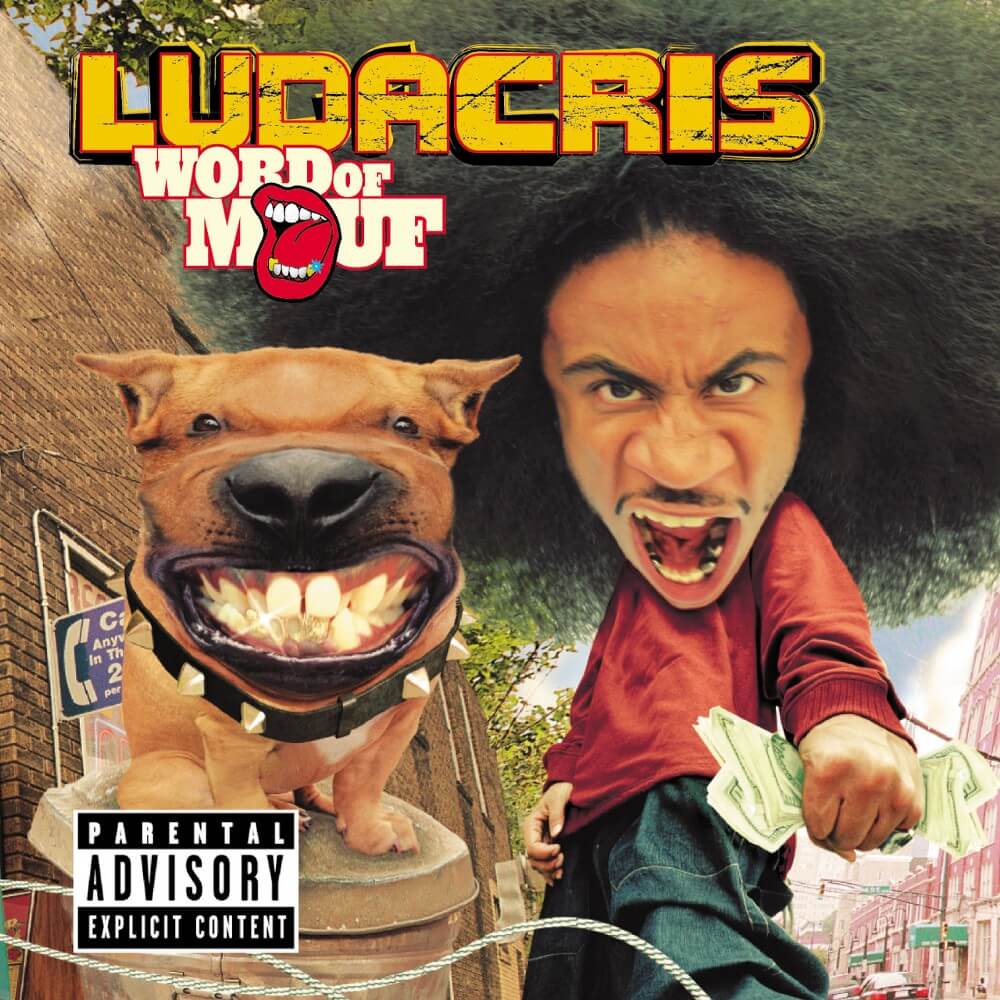 Now, I know I grew up in Atlanta and that you may feel differently about some of my rhetoric to follow here, but I’ve seen some of those albums on the 5-mic list and this one could certainly make the cut.

But it didn’t, so here we are.

Remember, I’m not here to take away from those albums that do have 5-mics; I’m just here to prove a point.

If you’re unfamiliar with The Source and their album rating system or just need a quick refresher, this link should help. If not, let’s roll out.

Why Word of Mouf DOESN’T have 5-mics…

It’s no secret, The Source has a coastal bias. It always has. There have only been 15 albums to receive 5-mics at the time of their release over the years (a very high honor); TEN of them have come out of New York. And dig this, of the 45 albums that have the honor altogether (either at the time of release or upon later re-evaluation), 30 of them have come out of New York. And if you also include those that came from LA, there are only SIX albums that weren’t made by an artist from one of the coasts: Aquemini, The Fix, The Diary, The Naked Truth, My Beautiful Dark Twisted Fantasy, and Trill OG.

Like I said, I’m not here to take away from albums that do have 5-mics; I’m just trying to prove a point.

Would Word of Mouf have 5-mics if Ludacris was from New York? 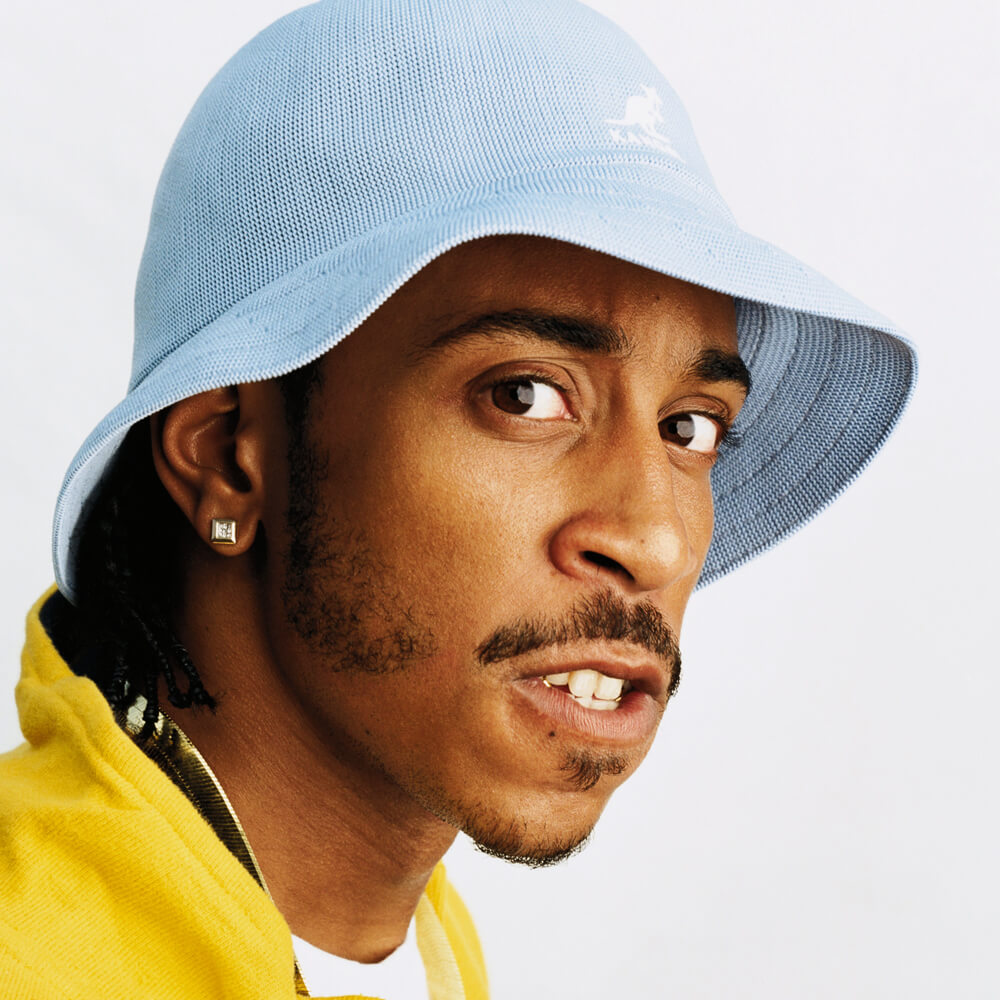 Word of Mouf came out in 2001, a good year to be a Rap fan, a bad year to be Ludacris. It was a special time in which the world watched Jay-Z and Nas both deliver first-ballot 5-mic albums. This was the last time a calendar year saw more than one album receive the honor. We saw two of the GOATs reach their primes and motivational peaks, putting in maximum effort to completely obliterate each other, and it was lovely.

Now, I love both of these albums. But walk with me….

Here are the facts: The Blueprint dropped on September 11th (yes, THAT 9/11, more on that here) and Stillmatic came out the week before Christmas. Ludacris? He released around Thanksgiving, smack dab in the middle of the two.

To put it plainly, Ludacris’ Word of Mouf album, some of the South’s most masterful work, was caught in the crossfire between “Takeover” and “Ether”. Oh, and I don’t have to tell you where those two MC’s are from, do I? Facts is facts.

Give or take a year (or even a few months) in either direction, and we may be having a totally separate conversation about this album. But like I said, people’s legacies in Rap aren’t built on music alone. Sometimes it’s about timing, or lack thereof.

Again, I’m not here to take away from albums that are on the list, but I am here to prove a point.

Would Word of Mouf have 5-mics if it was released at a different time?

Well, now that I’m done postulating on why it DOESN’T, let’s move on to why WOM SHOULD have received 5-mics from The Source. Shall we? 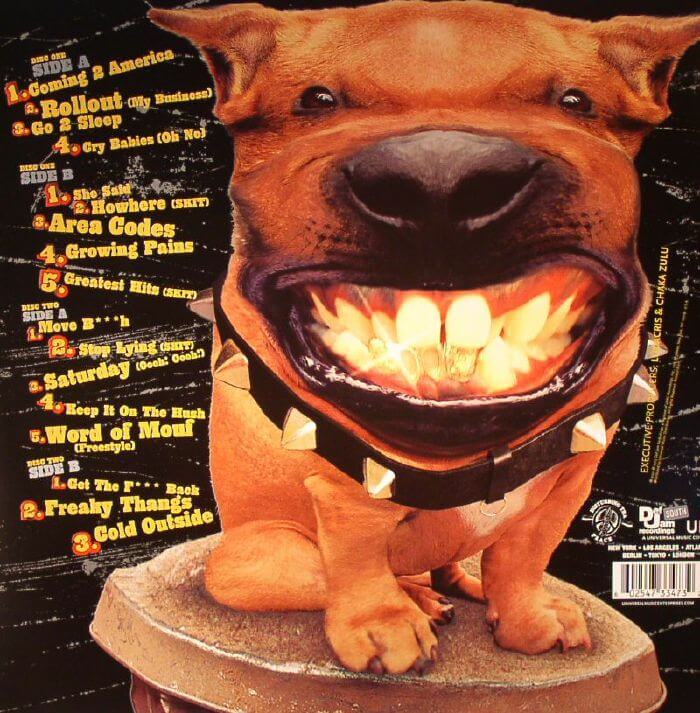 If The Source gave Luda a mic for every radio smash he had on this album, he’d have 5-mics. After all, you don’t go triple-platinum and receive a Best Rap Album Grammy-nomination out of the blue.

But alas, here I am finding clever ways to remind everyone that “Roll Out (My Business)”, “Welcome to Atlanta”, “Area Codes”, “Saturday (Oooh-Ooooh)”, and “Move B****” all came from the same tape.

Of course, me and my ATL friends were all over this stuff, but I also know that everyone reading this can rap the words to at least half of the verses in those songs. They were everywhere.

They each cracked major positions on the Billboard Hot 100 and have eked their way into today’s culture in every place from sports arenas and commercials to house parties and weekend joy rides. In the land of 5-mics, a good album without catchy songs is nothing but a haircut without a lineup. Thems the rules.

Additionally, you need an X-Factor; something to make the LP stick out. It may not be tailor-fit to every single person’s taste, but it gains the respect and attention of us all; which is a huge check-mark in creating a classic.

With Word of Mouf it all starts with the cover art. Big mouth, big hair, big money… HUGE moment. Whatever Andre meant by the South having something to say, Ludacris was about to scream that s***. And you could tell just by looking at the cover.

He carried that persona to his videos which were pretty stellar. He shot one for all of the hits above, and in 2001 where videos still mattered, this was big time. See for yourself.

Lastly, let’s talk about the skits which haven’t aged particularly well on this album, or in the industry for that matter. However, for what it’s worth, some are still pretty funny to this day (albeit misogynistic and crass, like a lot of 5-mic albums, unfortunately). I suppose back in 2001, saying stuff like “my sister graduated high school valedic-whore-ian and all, man” was acceptable.

I mean, if you want to put the skits in the “con” column, be my guest. But at the time this was released they were a “pro”; on brand and just all around funny.

Truth is, these out-of-the-box elements made a strong impression on a lot of people. Unfortunately, none of those folks worked for The Source.

Even outside of the radio jams, this tape packed punch throughout, which is important here. Albums that are radio heavy and fall short everywhere else are akin to those of us who always skips leg-day. You gotta be strong throughout. You gotta be Word of Mouf!

Good Rap albums know how to mix songs that are high in entertainment value with introspective tracks. They might have a few that are chocked-full of energy, while also taking risks with creative beats and flows. And, when its all said and done, good Rap albums have to show (or remind) the world just how good the artist can rap.

But great Rap albums? 5-mic albums? Albums like Word of Mouf? They do it all.

*Note: it may be nice to supplement this next section by pulling up the album to press play as I mention these songs*

When I think about the “I can rap my a** off” tracks on Word of Mouf, “Block Lockdown” and “Cry Babies” come to mind almost immediately. In a world where Hot 16s become more and more rare, I want you to go check out those two songs and report back to me in the comments. Luda was spittin’!

“Get The F*** Back” and “Go to Sleep” are the blow-the-roof-off high energy tracks that are hard to skip. Whether it was his DTP crew or guests Three 6 Mafia on these, they attacked these tracks like a gang of hyenas. All for one and one for all. We see TDE, Dreamville, and A$AP Mob do this all the time, but they are just the latest in the long lineage of “everybody come and get some” style tracks. This album had two epic ones.

Earlier, I mentioned creativity. In the early 2000s, you couldn’t talk about creativity in Rap without mentioning Luda. Take “She Said” and “Freaky Thangs”, respectively, as evidence of him stepping out the box with his beats and flows. They both make you want to laugh and bob your head all at the same time, and really are a treat for our ears.

Let me be clear, you don’t get 5-mics without letting loose a little bit and having a good time. “Word of Mouf (Freestlye)” and “Keep It On the Hush” are the apex of that sentiment. Mixing fun and flow, Luda reminded everyone that after all, rap is still entertainment.

Rap is fun, but it’s not always a party. It’s made up of part hustle, part experiences, and part pain. Some of the more perilous aspects of life as a child and as an adult are visited in the songs “Growing Pains” and “Cold Outside”. Without whining about it, Ludacris took us there in a delicate way, even managing to put a smile on our faces through it all.

I challenge you to identify other 5-mic albums as versatile as this one. You may not make it past 15. But, I’m not here to take away from those albums, I’m just trying to prove a point.

I wonder what The Source’s actual rubric for determining a 5-mic album is? Do you think Word of Mouf deserving? Is it even Ludacris’ best album? Had you completely forgotten about its existence until today? Do you have an album you think deserves 5-mics?

Let’s talk about it, and don’t be shy. After all, it’s not solely about the music, it’s about so much more. And everyone deserves a chance to prove their point. 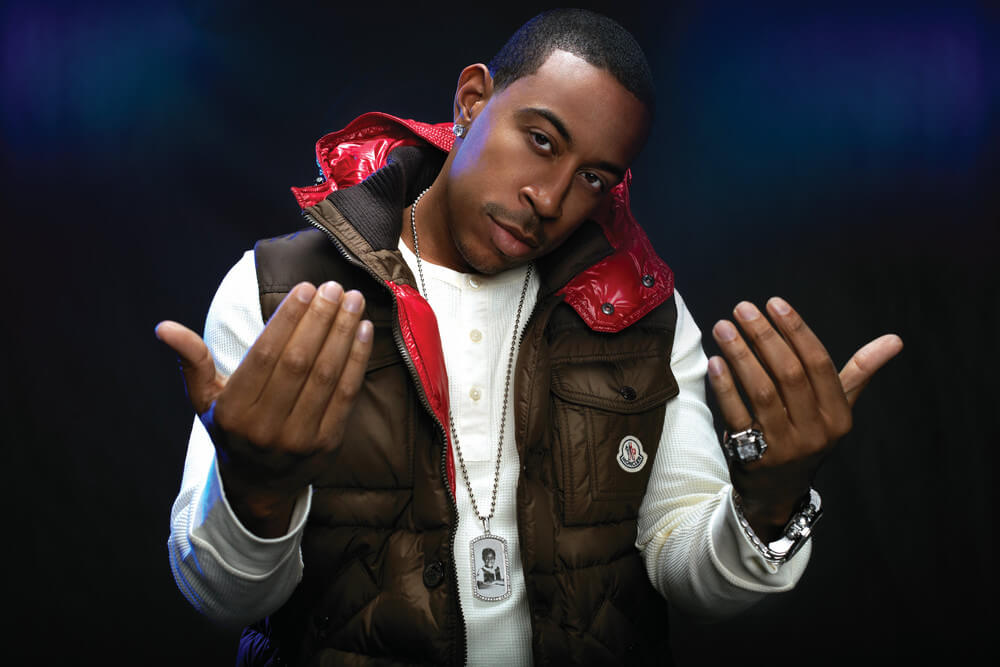