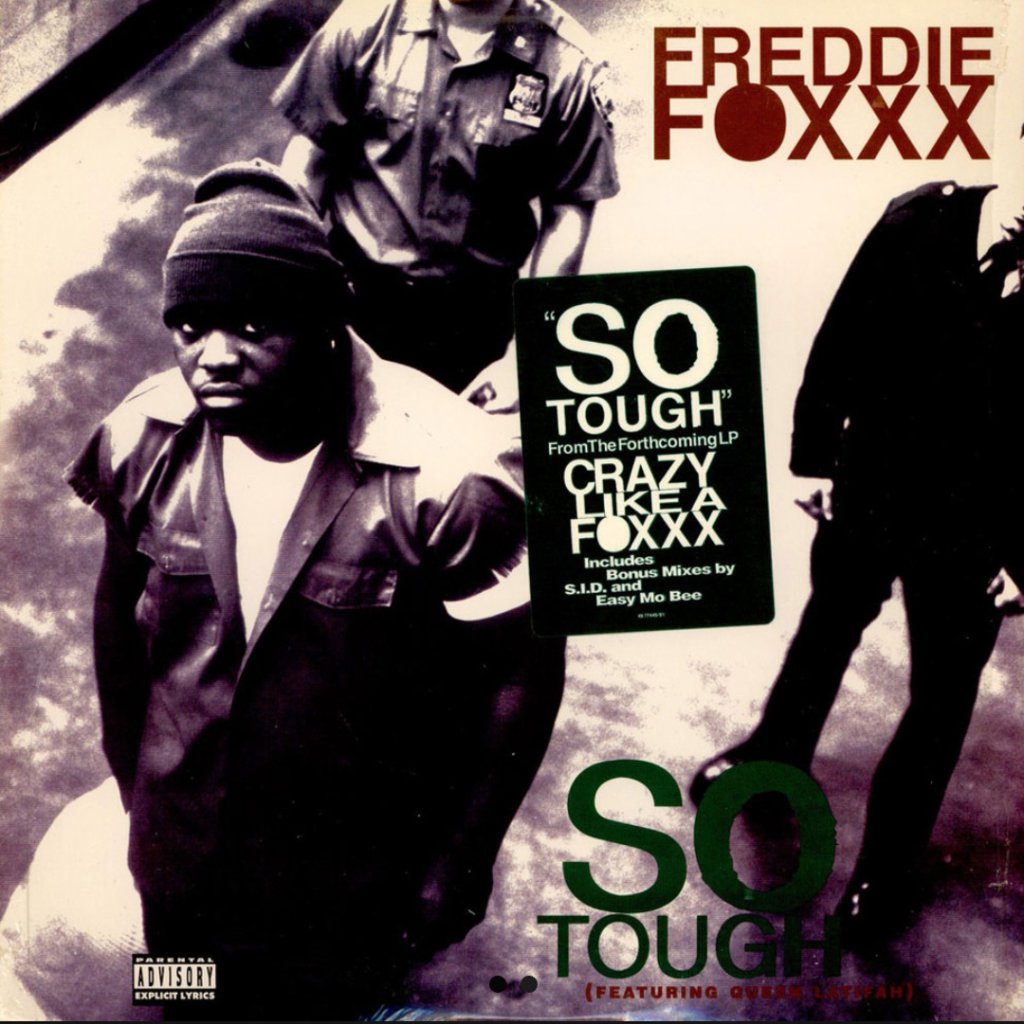 “So they conspire, to murder for hire

Is the world just a big cup of water tryna douse the black fire?”

–  Freddie Foxxx on “So Tough”

1994. That’s the first thing Freddie shouts on his quintessential track “So Tough”.

He says it with the confidence and conviction that the year would be his. In a normal time, with his talent and connections, it just might’ve been. Unfortunately, 1993 and 1994 were outliers in rap history. Those years brought classic debuts from Snoop Dogg, Wu-Tang Clan, Nas, Mobb Deep, Black Moon, Outkast, the Beatnuts, the Fugees, and Digable Planets. They saw follow-ups from rap mainstays like LL Cool J, MC Lyte, Gang Starr, and A Tribe Called Quest among others. While this period is so regarded for its abundance of high-profile releases, it has made it much easier over time for some lesser-known projects to slip through the cracks of history. This is where we find Freddie Foxxx aka Bumpy Knuckles.

He released his first album, Freddie Foxxx is Here, in 1989 under MCA Records, but left soon after to join Queen Latifah’s Flavor Unit. The collective featured DJ’s and MC’s from the New York and New Jersey areas that included Naughty by Nature, Zhane, and Black Sheep. Foxxx was a perfect fit with his knack for hard beats and clever rhymes. 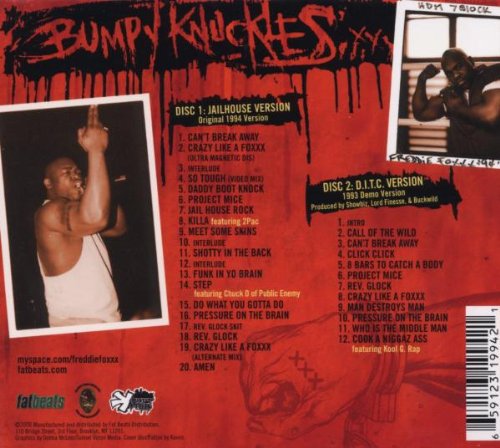 Insert for Freddie Foxxx/Bumpy Knuckles’ 2008 release of his 1994 album, Crazy Like A Foxxx

“So Tough” was the single meant to reboot his career with Flavor Unit and push his second album Crazy Like a Foxxx. It featured Queen Latifah on the chorus in the usual attempt to break a new artist by leveraging the more established act. The song was ok, but it couldn’t match the magic that occurred on the single’s B-Side. “So Tough” received a remix that just screamed “classic”. Tabbed as “Sid’s Mellow Mix”, producer, S.I.D. Reynolds, sampled “Big Idea” by Brecker Brothers. He delivered the same verses, just without the Queen on the hook. This time he’d deliver a chorus that really resonated:

This edition of “So Tough” hit hard enough to garner a music video, and it would be the only one that this album would receive. It shows Foxxx serving a sentence in prison while dealing with hatred from other inmates, the guards, and problems back home. He maintains by exercising and reflecting in his free time. The end of the video brings some closure. It’s unclear whether he’s finished his sentence, or he’s been exonerated, but we get to see Foxxx released from prison and dap some inmates on his way out.

Crazy Like A Foxxx got shelved. Features from Queen Latifah, 2Pac, Chuck D, and the Ultramagnetic MCs couldn’t save it. The album wasn’t released until 2008, a full 14 years after its creation. This prevented Foxxx from earning the widespread acclaim he deserved during his youth but it didn’t stop him from putting out consistent underground projects with acts like KRS-One or Pete Rock and a show-stealing feature on Gang Starr’s “Militia” in 1998.

The quality of “So Tough” and its subsequent dismissal fully illustrates the density of good work in this era. Fat Beats Records wouldn’t fully back the work of a connected MC with a message. The song is noticeably absent from Spotify, but Bumpy still works at his craft releasing Pop Duke, Vol. 1 as recently as 2018.