“Stressed Out” is the second single from A Tribe Called Quest’s fourth album Beats, Rhymes and Life.

The song featured Faith Evanson the chorus. It contains an interpolation of “Good Love” by Anita Baker.

The video begins with the group in a red room. The next scene is at a dice game that Consequence and Q-Tip are involved in. Two men at the game start a fight and as a car shows up, everyone flees. During the chorus, Faith Evans is in blue, red, and black rooms. A dishwasher at a restaurant is shown, stressed out at work. Also, a man with money problems is shown struggling to pay bills and provide for his family. Then, the dishwasher knocks down all of the dishes and leaves work. When Faith Evans says “we gon’ make it”, the man with money problems and his family throw a birthday party. 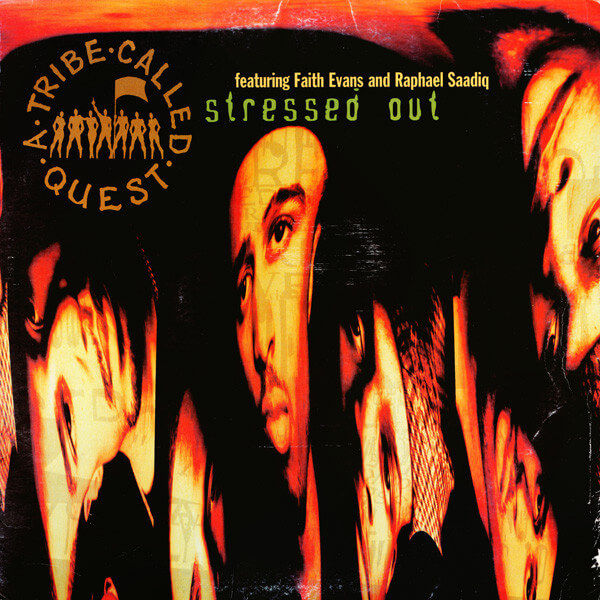