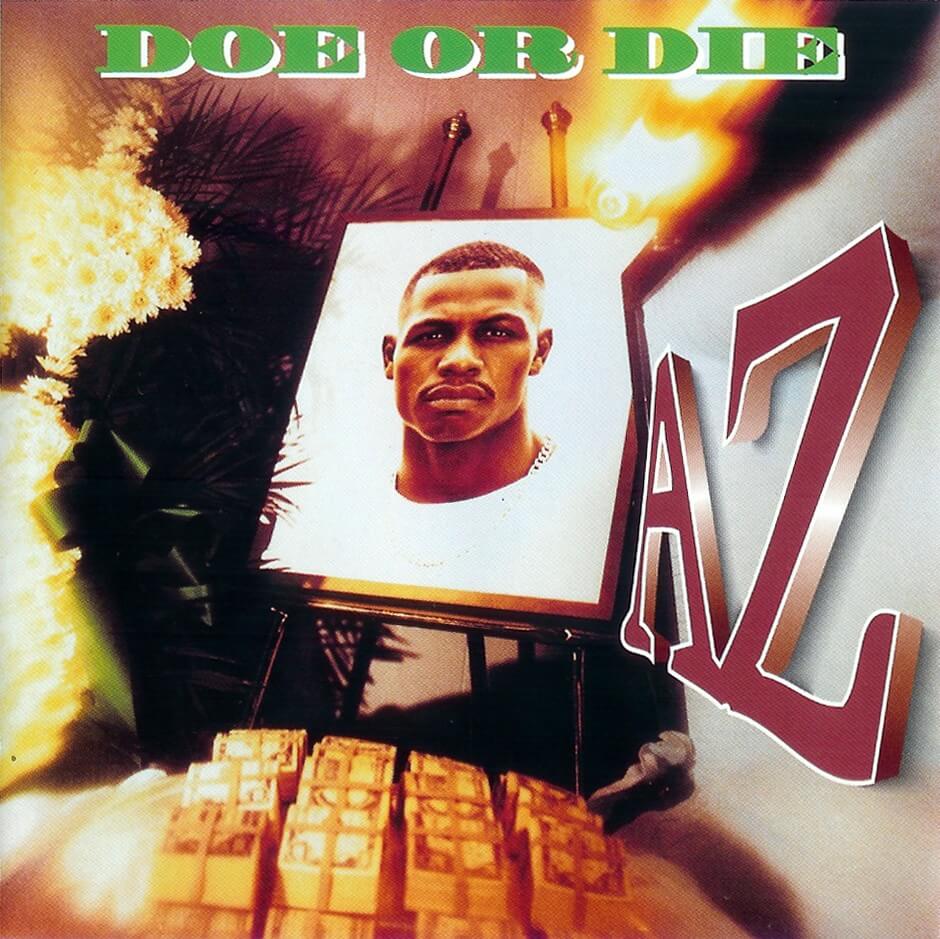 Doe or Die is the debut studio album by AZ, released October 10, 1995 on EMI Records. The album features guest appearances by artists such as Nas and Miss Jones, and production from Pete Rock, L.E.S., and Buckwild, among others.

Upon release, Doe or Die received notable critical and commercial success. The album peaked at #15 on the Billboard 200, and #1 on the U.S. Top R&B/Hip Hop Albums chart. Doe or Die produced several singles, including, “Mo Money, Mo Murder, Mo Homicide,” “Gimme Yours (remix),” “Doe or Die” and “Sugar Hill” – which was certified Gold by the RIAA in 1995. The album went on to sell over a million copies.

Alongside Raekwon‘s Only Built 4 Cuban Linx…, Doe or Die is often considered as one of the prototypical albums of the Mafioso rap subgenre. The album incorporates fictitious tales chronicling the underworld lifestyle of organized crime. These cinematic narratives often depict a mobster’s ascent to fame and wealth. Further emphasizing these themes, the cover of Doe or Die portrays AZ as an honoree of an elaborate mob funeral. Within the cover, a stylish portrait of AZ is surrounded by flowers, while the body of the rapper is buried in a casket that contains large amounts of dollars. In addition, the liner notes and the back of the album features images of AZ counting money, drinking expensive wine, and smoking cigars. (Wikipedia)