The Realness: An Overlooked Classic

When the topic of classic Hip Hop albums comes up in conversations there are certain albums that seem to be the mainstays in the category. We have Jay-Z’s “REASONABLE DOUBT”, Nas’s “ILLMATIC”. Going back further we have Public Enemy’s “IT TAKES A NATION OF MILLIONS TO HOLD US BACK”, Slick Rick’s “THE GREAT ADVENTURES OF SLICK RICK”. Etc. This is just a short list of some of the many classic albums that we have been blessed with over the years.

These albums are often brought up in many Hip Hop debates when the word “CLASSIC” is being thrown around. They receive the highest praise amongst Hip Hop heads and deservingly so, but there are so many other classic albums out there that I feel don’t receive the proper recognition that they deserve. One being the topic of this piece. CORMEGA’s “THE REALNESS”. 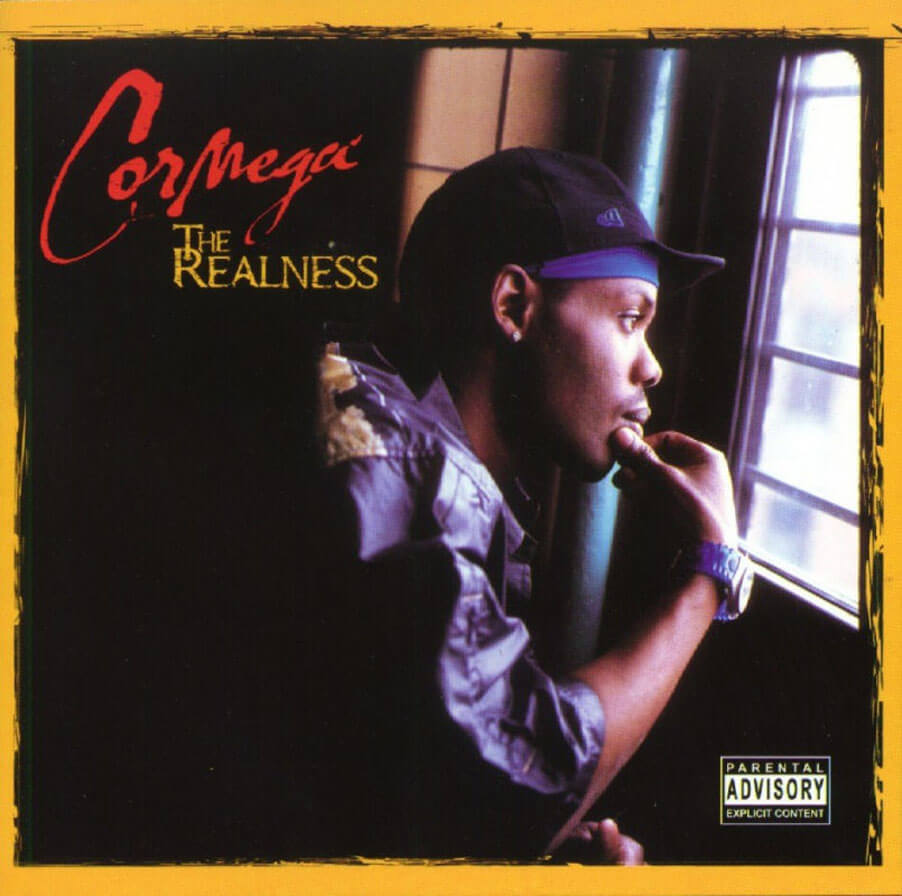 This was a highly anticipated album for die hard Hip Hop heads all around the world. Mega had made quite a name for himself going back to his early days in Queensbridge being a highly respected MC. Prodigy from Mobb Deep even mentioned in his autobiography “My Infamous Life” that in order to be respected as an upcoming MC in the bridge you had to battle Cormega to earn your stripes. He was viewed as sort of a gatekeeper. After the behind the scenes politics prevented his first LP “The Testament” from being released on its original set date the day had finally come where fans would get to hear a full studio album from Cormega.

On July 22nd, 2001 the album was released for the world to hear. I remember that day like it was yesterday. I was a 16-year-old kid browsing around in my local record shop when I came across “The Realness”. I had been familiar with Mega from earlier mixtape freestyles and from hearing him on “Affirmative Action” from Nas’s “It Was Written” album. I figured I would pick up the album without any major expectations and just going off never being disappointed by any Mega verse I had heard prior to that. When I got home I put the CD in my disc changer and pressed play and I was locked in immediately.

The opening track “Dramatic Entrance” drew me in from the opening words “A man is condemned or exalted by his words, exalt me”. I knew from these opening words alone that this wasn’t going to be any elementary wordplay I would be hearing. This was going to be some deep lyrical poetry being displayed that was gonna require all of my attention. As the album progressed further I was drawn more and more into Mega’s world.

On “American Beauty” Mega raps about the rap game as if it was a woman, detailing the history of the genre and those who had helped carry the torch to keep the culture pushing forward.

This album has only two features, Prodigy from Mobb Deep and Tragedy Khadafi. Both of whom delivered incredible verses and added to the greatness of this project. This album is a rarity in Hip Hop, it’s an album where you can press play and not have to worry about skipping a single track, I could go in depth about the great qualities of every single track in this album but I wouldn’t want to turn this write up into a novel. Even the acapella track “5 for 40” is a great display of Mega’s poetic prowess.

There is a big difference between a rapper and an MC and Mega proves to be in the latter category. Another thing about this album that needs to be praised is the production. Havoc, Alchemist, Ayatollah & Sha Money XL all deliver stellar production and even though they might be the names that most Hip Hop heads would recognize, the lesser known producers on the album don’t fail to deliver either.

If I had to pick 2 standouts on this album they would probably be “They Forced My Hand” ft. Tragedy Khadafi and “The Saga”. That’s if I HAD to pick only 2. This whole album is a standout in my opinion. It has everything a true Hip Hop head could be looking for. Incredible lyricism, production, hooks, social commentary and well-placed features. I urge anybody reading this that hasn’t had the pleasure of hearing this masterpiece to do so immediately. You will not be disappointed. Mega embodies the title of the album and by the end of your listening experience. I have no doubt in my mind that you will see why this project was given the name “The Realness”. A true classic.