Join Detrone, John L, and Scott as they sit down and get it in over one of the most successful Hip Hop groups of all time – Outkast. Andre 3000 and Big Boi came together in 1994 to create a classic LP that laid the groundwork for the Atlanta explosion that followed their lead.

Southernplayalisticadillacmuzik cemented the duo’s reputation as both sophisticated and cerebral emcee’s that utilize clever wordplay and southern slang to illustrate the Eastpoint, GA backdrop.

Much respect to Organized Noise, Goodie Mob, and the rest of the Dungeon Family for collaborating on the production of this iconic debut album and solidifying Atlanta as a force to be reckoned with in Hip Hop for years to come. 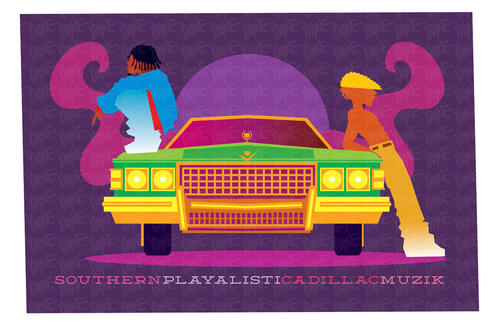 The Light Podcast: The Rapper vs The emCEE + Review of Ice-T's Rhyme Pays