Stop The Violence Movement – “Self Destruction” (1989)

The Stop the Violence Movement was started by KRS-One in 1989 in response to violence in the Hip Hop and African American communities.

In 1988, during a concert by Boogie Down Productions and Public Enemy, a young fan was killed in a fight. The killing occurred shortly after Scott La Rock, a founding member of Boogie Down Productions, was killed in a shooting. KRS-One responded to these deaths by forming the Stop the Violence Movement to advance a vision of Hip Hop that would restore what he called Hip Hop’s original principles to the music industry. Composed of some of the biggest stars in contemporary East Coast Hip Hop, the movement released a single, “Self Destruction”, in 1989, with all proceeds going to the National Urban League. A music video was created, and a VHS cassette entitled Overcoming Self-Destruction—the Making of the Self-Destruction Video was also released.

“Self-Destruction” was produced by KRS-One and D-Nice of Boogie Down Productions (Hank Shocklee of the Bomb Squad is credited as an associate producer), and featured the following artists: 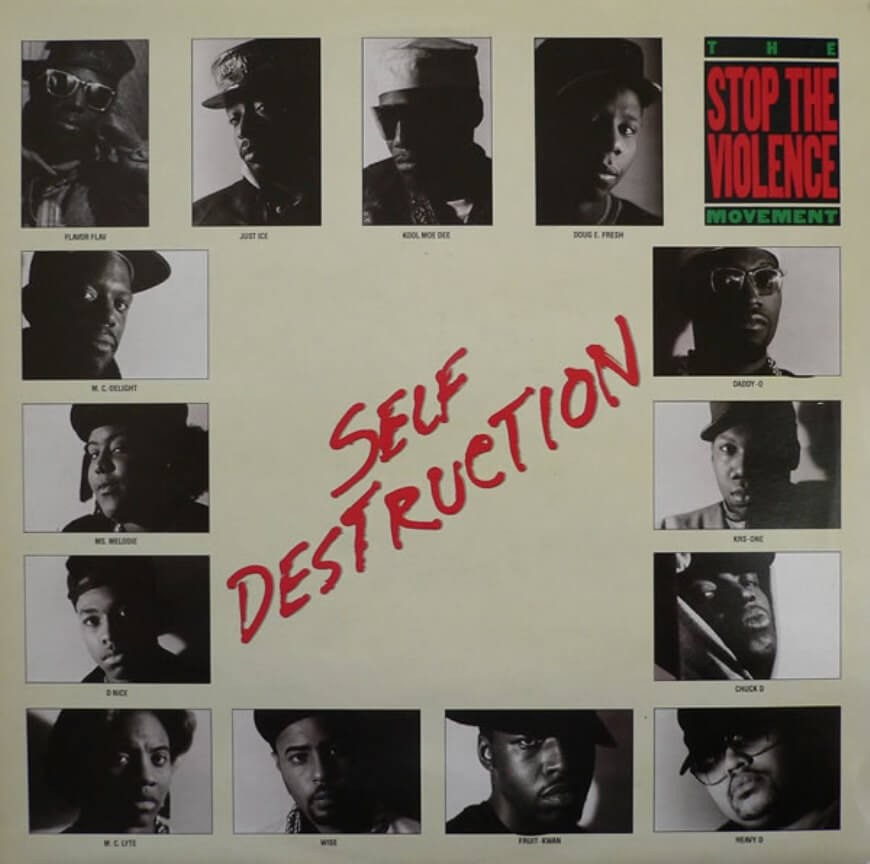