“Smile” is the lead single released from Scarface‘s fourth album, The Untouchable.

It was produced by Scarface, Mike Dean and Tone Capone and featured an appearance from 2Pac, as well as R&B singer Johnny P. “Smile” was a huge success, becoming Scarface’s biggest charting and most successful single to date, making it to 12 on the Billboard Hot 100.

“Smile” was one of the last songs 2Pac recorded before his death. Near the end of the song, Scarface recites a prayer in memory of 2Pac.

The video was released in January 1997. The music video has had its fair share of controversy; it was released after the death of rapper 2Pac. However, he is pictured in the video on a cross, as to symbolize being crucified. Scarface and his label claim it to be a double; though no one can be sure as his whole face is never in view.

Also seen in the beginning of the music video are a 1996 BMW 750iL and a 1997 GMC Suburban, both vehicles which ferried 2Pac and The Notorious B.I.G. respectively at the time of their murders. 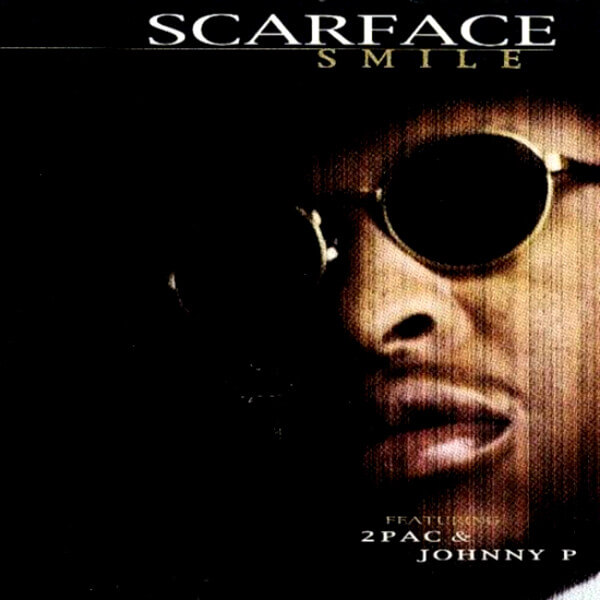