Public Enemy 1987 Live @ Def Jam Tour London: Ever since they exploded on the scene in 1987, Public Enemy has been one of the most influential and powerful forces in Hip Hop. Over 30 years of nearly constant world-touring has secured their status as one of the best and most impactful (live)acts in Hip Hop ever. In 1987, Public Enemy invaded London as part of the Def Jam ’87 Tour with LL Cool J and Eric B. & Rakim.

Recorded a few months after the release of their debut Yo! Bum Rush the Show, P.E. performed songs from their debut album, and a couple of tracks that would later appear on their classic sophomore album It Takes a Nation of Millions to Hold Us Back, with some live segments from this show that would be integrated on Nation of Millions as well. Charged with the powerful lyrics of Chuck D, the spirited hype of Flavor Flav, the paramilitary security of the S1W’s, and the impeccable techniques of Terminator X, Public Enemy conquered the capital of the British Empire as well as the rest of Europe. 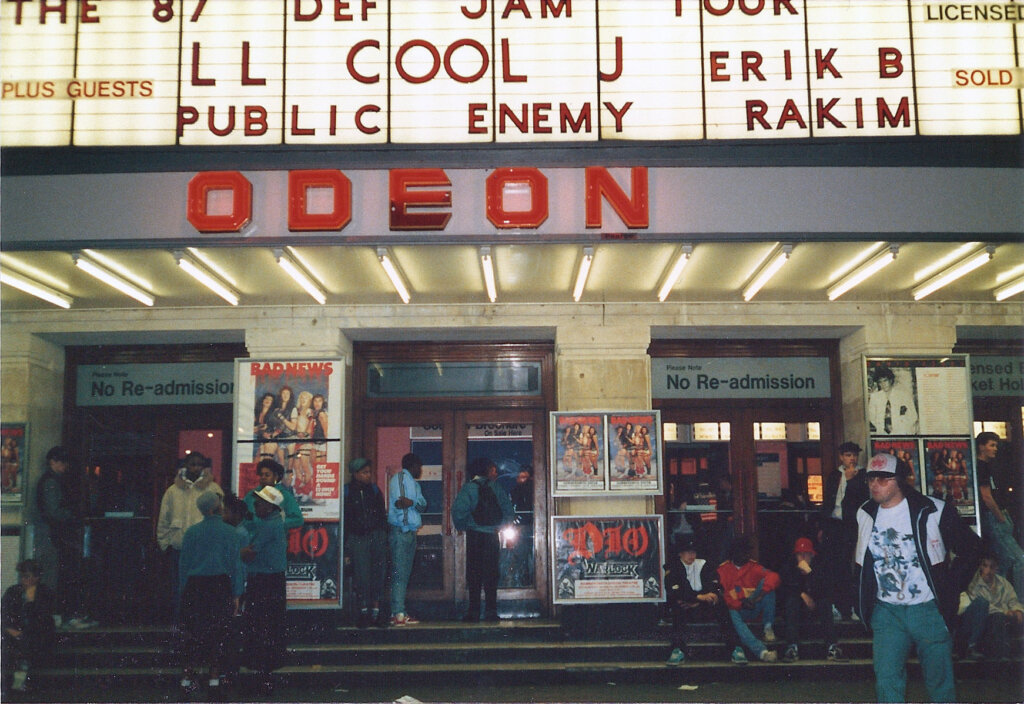