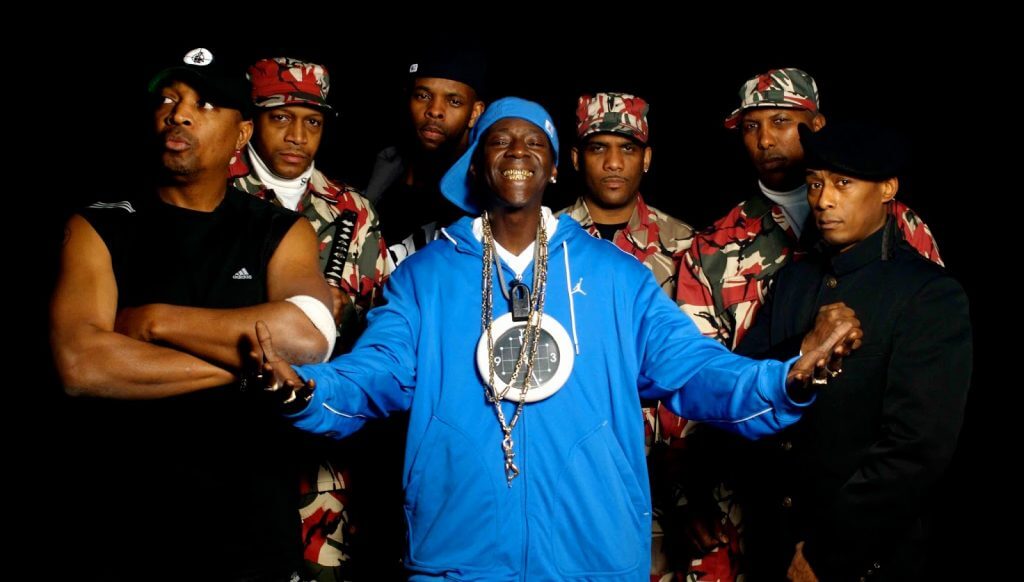 Introduction by @TrueGodImmortal – When we speak of pioneers and legends, one can’t talk Hip Hop and the rebellious nature of it, without mentioning the revolutionary Public Enemy. Formed in Long Island, New York, this movement began in the early 80’s, but the effect wouldn’t truly be felt until the late 80’s and tbe 90’s. With the leader Chuck D at the helm, alongside Professor Griff, Terminator X, and Flava Flav as the other central members (there are more members however), the group banded together and would soon become one of the most influential forces in the genre and beyond. They would first gain their big shot at success when they were signed by Def Jam, and soon their debut “Yo! Bum Rush The Show” would hit the shelves in 1987.

With Public Enemy officially known to the world, and starting out as an opening act for The Beastie Boys, they would begin to embark on a journey that’s not really been rivaled since. In many ways, Public Enemy was the East Coast complement to the West Coast’s N.W.A., minus the gangsta posturing. They were brothers who felt the system and the police had agendas against them and they weren’t afraid to speak out against injustice.

In so many ways, that’s what makes Public Enemy legends. Their freedom of speech and the ability to continually utilize it. Through the years, the group has faced challenges, musically gone through long periods of inactivity and of course…. there’s Flava Flav and his strange activities that occur from reality TV to fake love affairs. Aside from that, the legacy of Public Enemy is in tact and that’s what we are here to discuss in a brand new DAR Legends article. Let’s take a look at the legacy of the legendary Public Enemy. 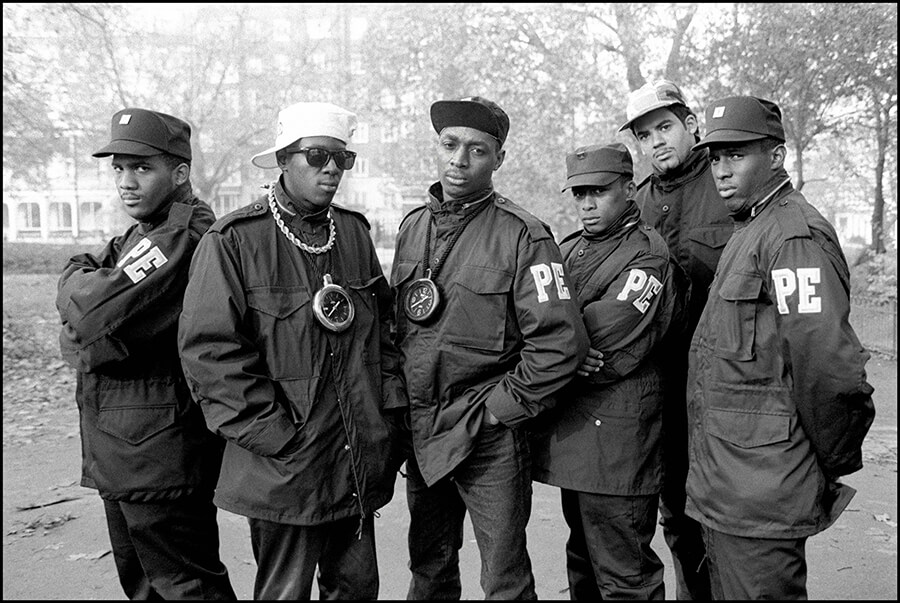 @CherchezLaPorsh – Public Enemy is not new to DAR, and I think it’s safe to say that we appreciate them as a rap group, as pioneers, as influencers and of course as legends. They’ve gotten several accolades over the years. They’ve been widely recognized and regarded as the “highest ranking Hip Hop act of all time”, they’ve ranked in lists of “100 greatest artists of all time” and been inducted in the music hall of fame. While this may not mean much to some people, it’s quite an achievement! In a genre that has always been criticized for abrasive, violent and over the top lyricism, Public Enemy transcended various cultures and demographics and raised an awareness that hadn’t been done before. Sure, over on the West Coast N.W.A. was creating controversy and awareness with their lyrics on a local neighborhood level, but Public Enemy was going beyond that. They were shedding light on global, socio-economic problems that were creeping into the US and crippling them.

I could talk about Public Enemy endlessly, as they’ve done so much over the years since their debut and throughout the time they remained active, but the areas that I think are the most notable are my favorite album in their discography and of course, what they’ve been known for, the controversy they stirred up. 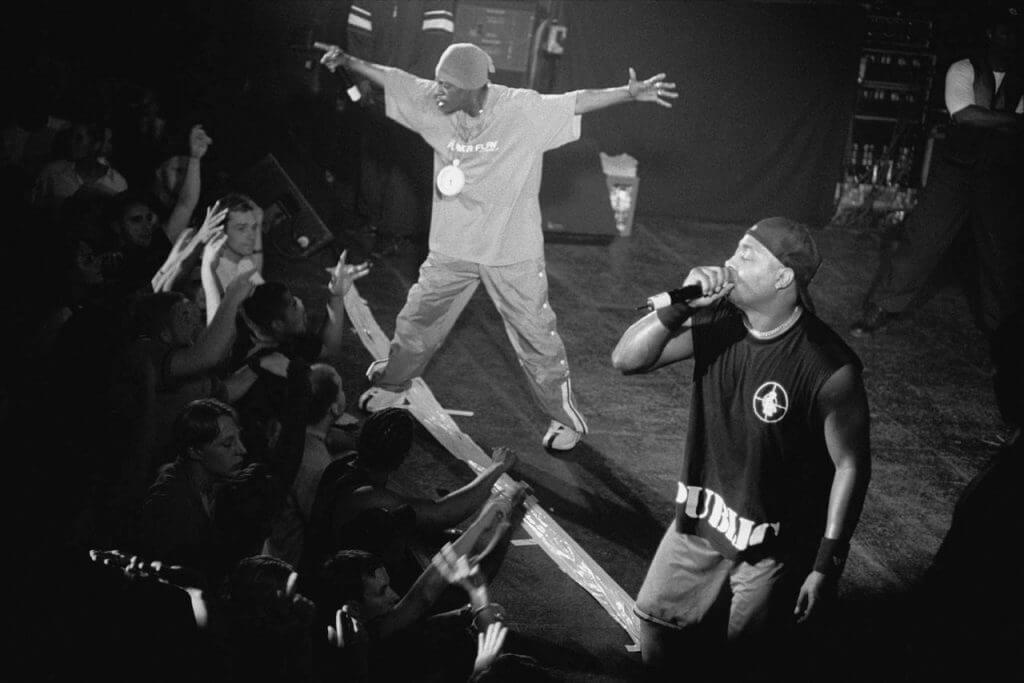 I think it’s safe to say that Public Enemy started off a bit reserved, and their debut laid the foundation for their incredible lyricism, fantastic use of sampling and of course the controversial content, but with each release they became a little more polished and the production a lot tighter. “Fear Of A Black Planet”, which was released in 1990, in my opinion is Public Enemy at their best. This album displayed exactly what you wanted from them. The Bomb Squad’s samples, loops, funk integration and endless scratch cuts and beat layers made it the perfect backdrop to the controversial lyrics they were so well known for. The lyricism on this album is much more polished and the delivery from Chuck D and Flava Flav were noteworthy.

Although the group was experiencing some internal conflicts amongst themselves at the time, they didn’t let that hinder the project. The best tracks on this album (and really in their whole catalog) are “Welcome To The Terrordome”, “9-1-1 Is A Joke”, “Fight The Power”, and “Meet The G That Killed Me”. Each of these dealt with and touched on different issues, but most notably addressed matters that were specifically affecting the African American populace. With each “negative” accusation, the more attention was drawn to the album which ultimately resulted in it being even more sought after. They were accused of being anti-semtic, homophobic and a slew of others which Public Enemy managed to deflect. The overall project was truly fantastic. It brought to light what would essentially breakdown American society and no other rap group was addressing it on this scale with such brash delivery, which makes it my favorite of their catalog. 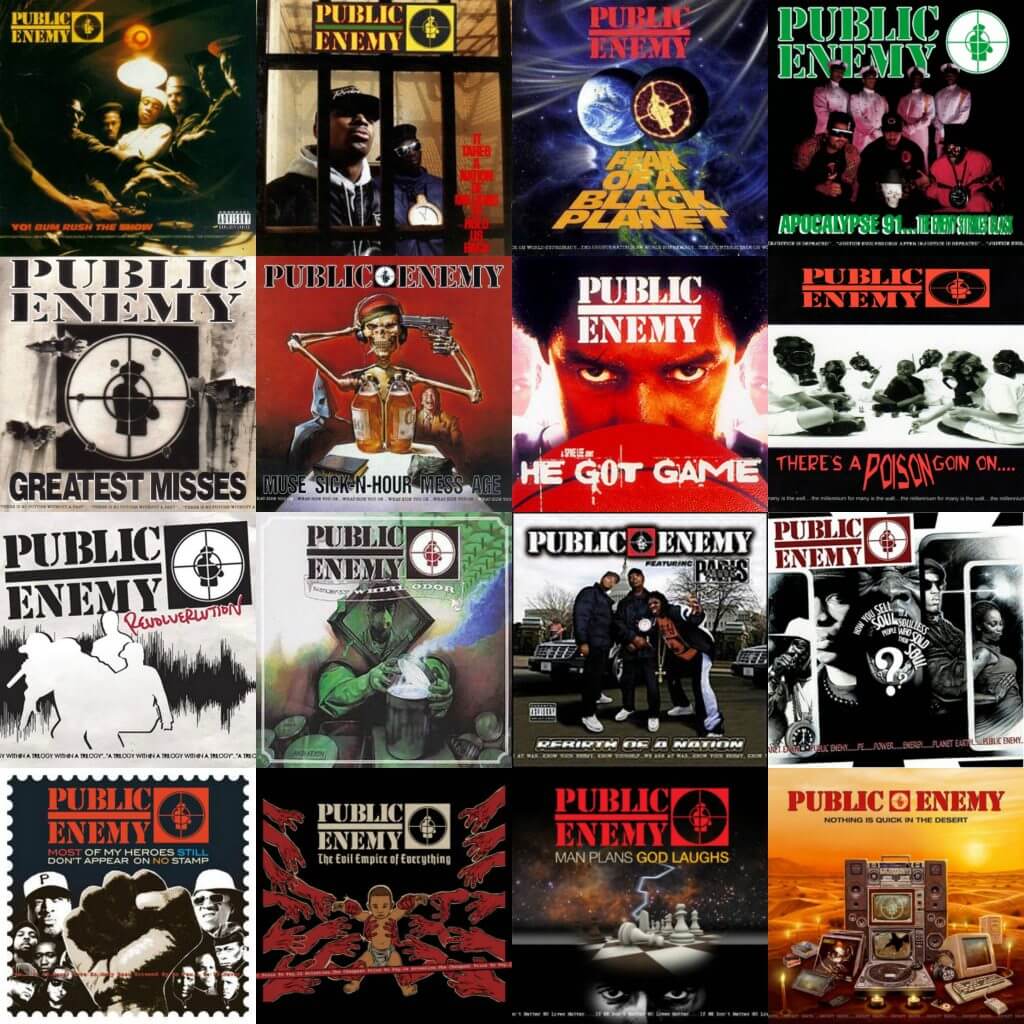 As I mentioned and as everyone knows, Public Enemy is best known for their controversial approach. They knew exactly how to present topics that would get people talking, attract a ton of attention, and would surely result in public awareness. If they didn’t have a track already dedicated to a topic, they were quick to do it. They utilized their platform well: 1987 would push the group to release a track called “By The Time I Get To Arizona”, which talked directly about the cancellation of the holiday for Martin Luther King Jr. If anyone doubted how bold this group was, they depicted the bombing (and killing) of the mayor who was responsible for it. 1999 would revive the anti-semitic allegations from previous years with the release of “Swindlers Lust” and “Confrontation Camp” and “Meet The G That Killed Me” brought on another set of homophobic accusations that followed the group. Although Public Enemy maintained that these were only to challenge the system and politically correct views, they managed to stir the pot frequently which only added to their popularity.

Standing at six members deep, Public Enemy saw the issues that were prevalent in society at the time being swept under the rug and shed light on most if not all of them. They did this consistently with an artform that was also just gaining popularity. They laid the groundwork and built on that with each release and remained consistent throughout the years. These guys gave Hip Hop 13 releases that held nothing back and provided thought provoking lyrics over tightly knit and polished beats. As much as I love all Hip Hop groups in the ‘80’s and know that each played a part in influencing the genre, none were able to create the same amount of awareness that Public Enemy did within the first couple years since their formation. They deserve every accolade they’ve received and will forever be regarded as one of the most influential groups in music history. 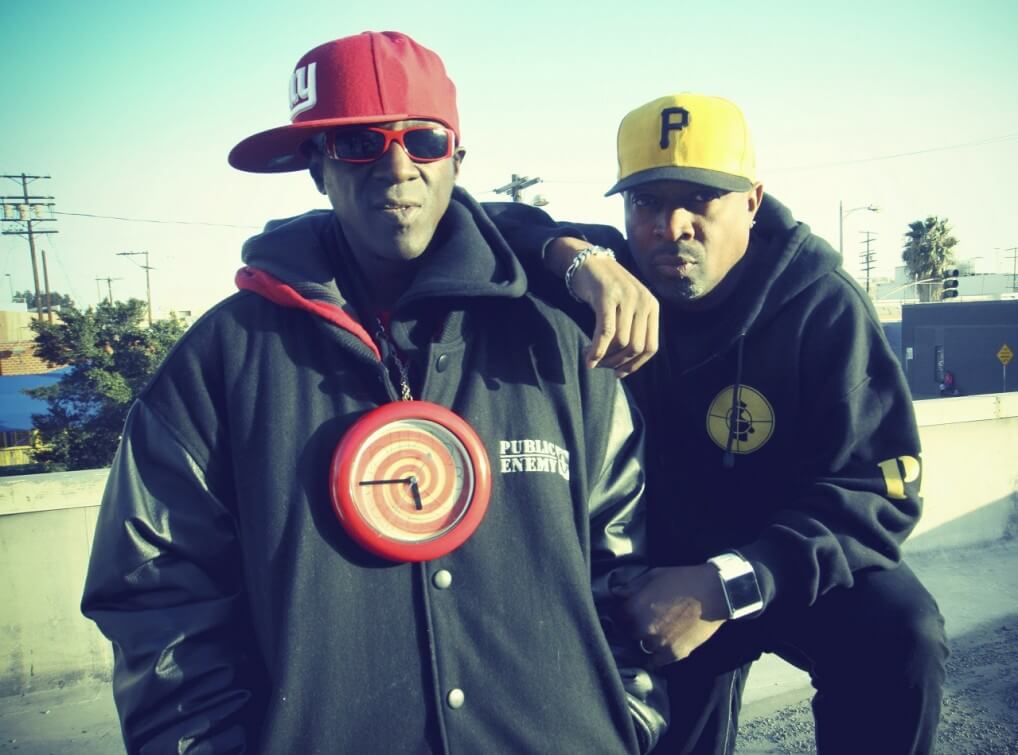 @JADBeats – While NWA was causing an uproar out West, Public Enemy was causing one in New York. They were a Hip Hop group that came with their own aggressive hardcore in your face style of rap. Chuck D was a pro black conscious rapper who was against the system, while his clock wearing sidekick Flavor Flav delivered funny in your face raps and taunts. Flav is that one friend that many of us have had that stays hyping us up and ready to defend us at any given time. The production was handled by The Bomb Squad and it created a noisy and scratchy yet funky sample heavy mix. PE had the perfect pace musically for the B-Boys. The choreography was handled by Professor Griff who had a group of dancers carrying Uzis wearing black militant gear doing stomps and martial arts moves in sync.

They released 4 successful albums, but the mix of minor group and personal conflicts, the “Mafioso” rap era started to take over which was a part of the game they couldn’t fight against. Chuck and Flav became known for so many adlibs and sayings like “Yeeaaa Boiiii”, “Dont Believe Da Hype”, “Rock That S*** Homie” “I Dont Rhyme or The Sake of Riddlin”, “Bass How Low Can You Go” and many more. Their discography has been sampled heavily throughout the last 30 years. Some of the most prominent Hip Hop figures have sampled PE like Diddy, Dre, Jay-Z, Gang Starr, BIG, Pac, Mobb Deep, Luda, Busta… I could keep going.

Chuck D went on to do talk radio, publish a book and college lectures, while Flav turned to reality TV and opened up a few restaurants that have been up and down. Griff has become known for doing Anti Illuminati videos online and all over. PE managed to release music for decades with their most notable in recent years being the 2007 release, “How You Sell Soul to a Soulless People Who Sold Their Soul”. There has never been a group with a duo quite like Chuck and Flav as their dynamic as far as content, style and approach to political social issues was truly groundbreaking, which is why being inducted into the Rock and Roll Hall of Fame makes perfect sense. 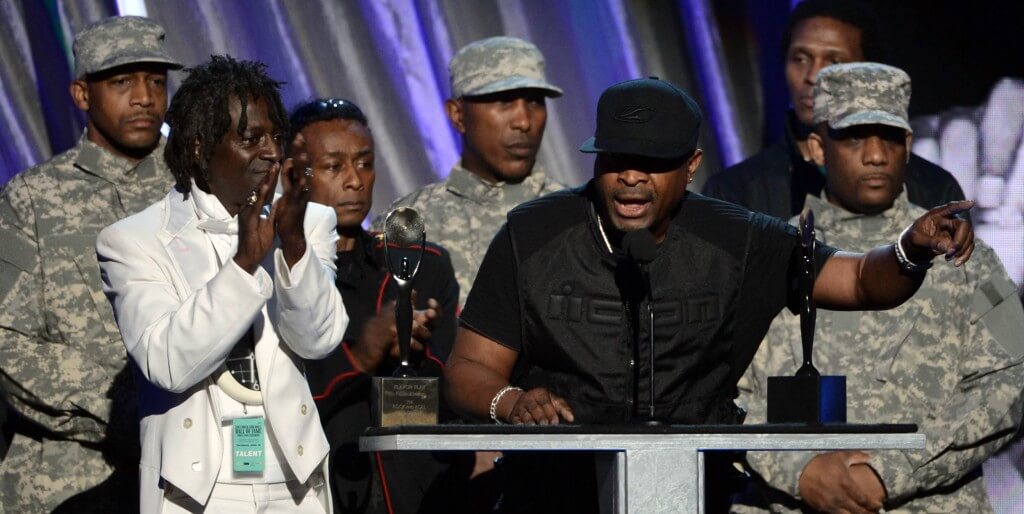 Outro By @TrueGodImmortal – For me, growing up, I wasn’t the biggest fan of Public Enemy’s music, but I was a huge fan of their movement. Still, I can appreciate their monumental moments and albums like “It Takes A Nation of Millions To Hold Us Back”, “Fear Of A Black Planet”, and “Apocalypse 91…The Enemy Strikes Black”, which I think is their most underrated project. Regardless, what Public Enemy will be remembered more for most is their revolutionary spirit and concern for the black plight in America. Chuck D was one of our voices and the epitome of what they meant when they said Hip Hop was the street version of CNN. He was a rough and rugged poet in a way, not afraid to challenge the system an authority. Griff would later become one of those unsung voices against the system and he deals with his own struggles in terms of fighting against the system today, but the reality is, he’s true to his cause and his words. Flav, for better or worse, has been a model for what not to do and how to still succeed if you do end up doing it.

In a way, Public Enemy is the group that essentially took many differing personalities and made them into one huge collective unit. For that, along with their huge success and ability to speak what they felt, is what makes them so special as a Hip Hop group. They transcended the genre, the culture, and essentially the United States, turning Public Enemy from a Long Island movement to a global phenomenon. That is what we call legendary. Period. 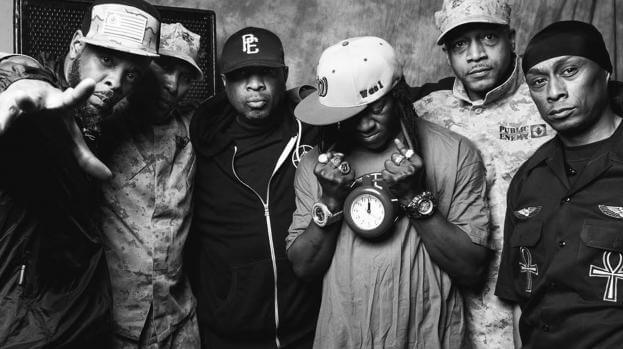 Classic Hip Hop: Public Enemy's It Takes A Nation Of Millions To Hold Us Back