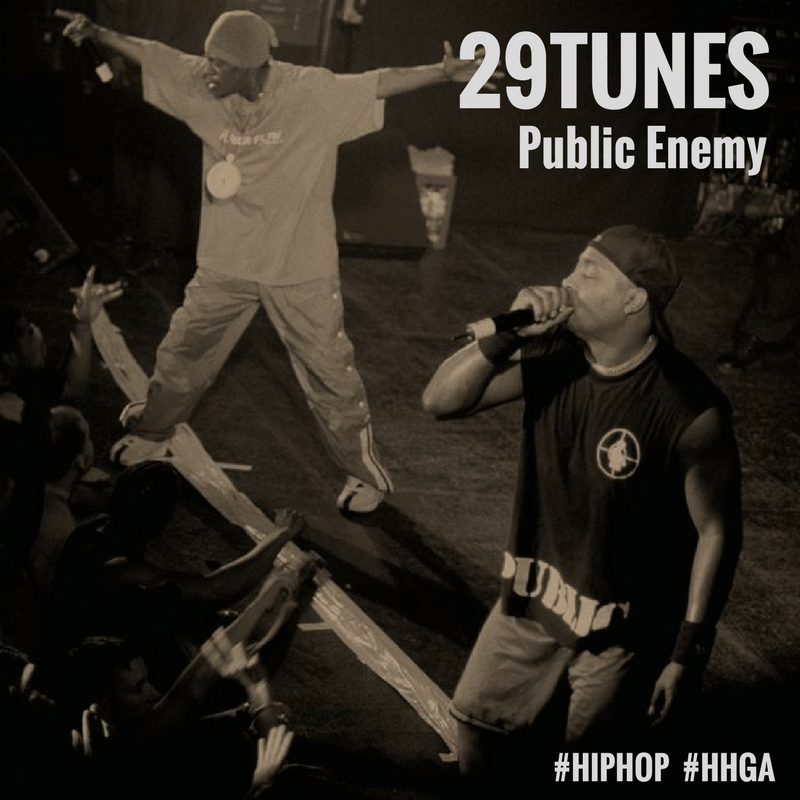 Public Enemy is a legendary Hip Hop group, now consisting of Chuck D, Flavor Flav, Professor Griff, Khari Wynn, DJ Lord, Sammy Sam, and the S1W group. Founding member DJ Terminator X left the group in 1999. Formed on Long Island, New York, in 1986, Public Enemy is known for their politically charged music and criticism of the American media, with an active interest in the frustrations and concerns of the African American community.

Their first four albums during the late 1980s and early 1990s were all certified either gold or platinum and were, according to music critic Robert Hilburn in 1998, “the most acclaimed body of work ever by a Hip Hop act”. Critic Stephen Thomas Erlewine called them “the most influential and radical band of their time.”

In 2004, Rolling Stone magazine ranked Public Enemy number 44 on its list of the “100 Greatest Artists of All Time“, the highest ranking for a Hip Hop act. The band was announced as inductees for the 2013 class of the Rock and Roll Hall of Fame on December 11, 2012, making them the fourth Hip Hop act to be inducted.