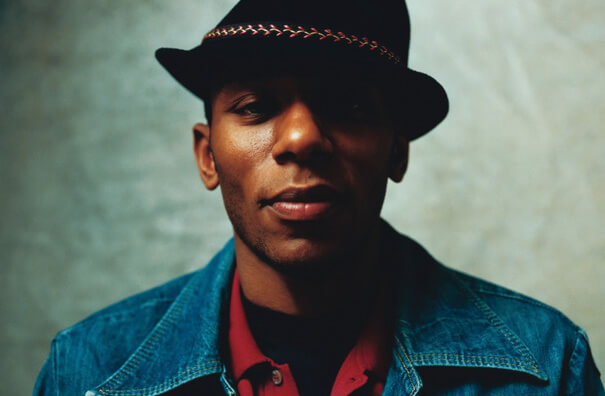 In Hip Hop, much like jazz music, the creation process is often a very fickle thing. Some of Miles Davis’ best work came with certain musicians, the same can be said for Bill Evans whose power trio was never the same after the death of bassist Scott Lafaro. Different combinations create different results. Sometimes with the right set of circumstances, magic can be created. There is a magical element to the Yasiin Bey’s “The Ecstatic” album, but none of it is quite as apparent as the track “Auditorium”.

To fully understand the scope of how perfect this song is, one must reflect on all the elements that conspired to create such a perfect piece of art. First, you have to look at the assembly of two New York legendary emcees, Yasiin Bey (then Mos Def) and “The Ruler” Slick Rick, and one legendary producer in Otis “Madlib” Jackson.

You may recognize the sample from Madlib’s instrumental beat tape, Beat Konducta vol.3 &4. It is an amalgamation of the tracks Movie Finale and Get It Right, which are sampled from Indian artists Lata Mangeshkar (a sped up Do Jhoot Jiye Ek Sach Ke Liye), and Minoo Purshottam (Sadi Begum De Banke Banke Yaar). It is arguably the best beat (on his albums) that Bey has ever rapped on. It is smooth but it still knocks, and is the perfect wallpaper for the lyrics that get laid down by both Bey and Slick Rick.

The way I feel, sometimes it’s too hard to sit still

Things are so passionate, times are so real

Sometimes I try and chill, mellow down, blowin’ smoke

Smile on my face but it’s really no joke

You feel it in the streets, people breathe without hope

They goin’ through the motion, they dimmin’ down their focus

The focus gettin’ clear and the light turn sharp

And the eyes go teary, the mind grow weary

I speak it so clearly sometimes you don’t hear me

I push it past the bass, know nations gotta feel me

I feel it in my bones, black I’m so wide awake

That I hardly ever sleep, my flows forever deep

My presence speak volumes before I say a word

Cradle to the grave, tall cathedral of a shell

Mind is a vital force, high level right across

Soul is the lions roar, voice is the siren

I swing round, ring out and bring down the tyrant

Shocked a small act could knock a giant lopsided

The world is so dangerous, there’s no need for fightin’

Suckas trying to hide like the struggle won’t find ’em

And the sun bust through the clouds to clearly remind him

Cradle to the grave, talk’ll lead you on a shell

This first verse is so poetic that it holds up even without a beat. The rhythm and depth of the subject matter is reminiscent of poets like Langston Hughes and Gwendolyn Brooks. Yasiin Bey has always carried himself as a champion of his people. One can hear his sincerity in past songs like Umi Says, Close Edge, and Sunshine, where Bey expresses his desire to uplift the people in his community rather than escape them.

This verse is no different. Even though Mr. Bey has achieved a certain level of commercial (and monetary) success as an actor and artist, Bey still is aware of what is going on in the streets. Despite all of his success, one never gets the sense that he is out of touch. With the predominance of “affluent rap” getting constant airplay, it is easy to see why an artist like Yasiin was considered refreshing for this time period.

Leaving no ambiguity, the hook of the song gives another nod to those out there still grinding.

What it is, you know, they know

What it is, we know, y’all know

What it is, Ecstatic, there it is

What it is, you know, we know

What it is, they know, y’all know

What it is, you don’t know? Here it is 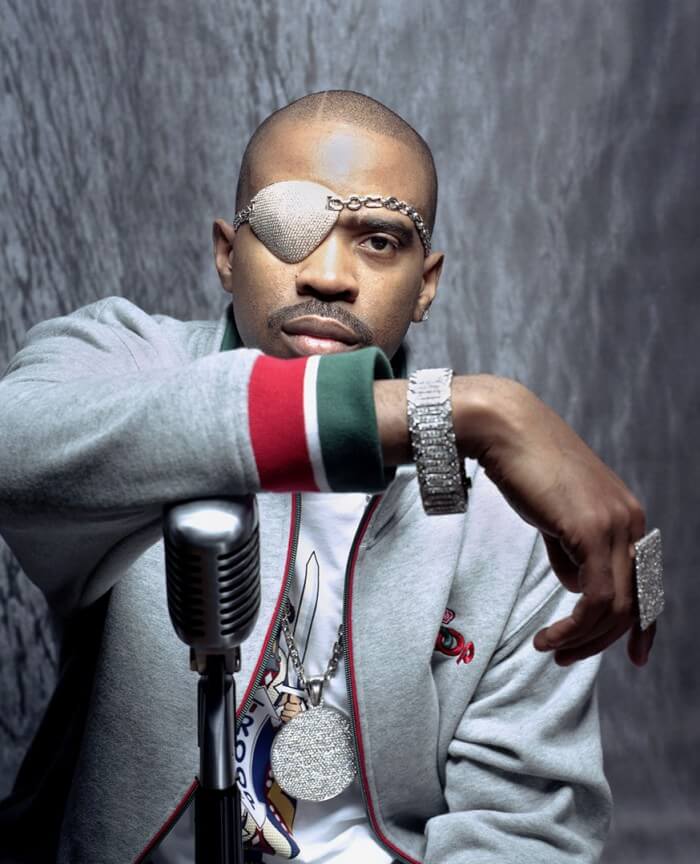 People forget about the imprint Slick Rick has left on Hip Hop. His Def Jam release, “The Great Adventures of Slick Rick” is considered one of the most classic albums of all time, and is easily one of the best from the 1980’s. Artists like Snoop Dogg and Outkast have paid homage to the legend in their own ways; Snoop covered La-Di-Da-Di, Outkast had “The Ruler” guest on The Art of StoryTelling from their “Aquemini” album. Even R&B singer, Montell Jordan owes his whole career to the man.

When Bey was in the duo Black Star with Talib Kweli, he did a reinterpretation of a Children’s Story, (aside note: the original used to freak me out as a kid–if you listen closely, the song has a very sinister undertone to it) which may have laid a path towards this collaboration years later.

Sit and come relax, riddle off the mac

It’s the patch, I’m a soldier in the middle of Iraq

Well say about noonish, comin’ out the whip

And lookin at me curious, a young Iraqi kid

And in Arabian barkin’ other stuff

I’m like, “Surely hope that we can fix our differences soon!” Bye!

You take everything, why not just take the damn food, black monster? Like I don’t understand it, on another planet

15 month of this stuff, how I’m gonna manage?

And increasing the sentiment, gentlemen

Getting down on their middle eastern instruments

Realized trapped in this crowd

Now the kid considered like an Elvis of Baghdad

Considering the post 9-11 height of Islamophobia in this country (it even reared its ugly head during Obama’s presidential campaign in ‘08), this is a very poignant verse to drop on this track.

There is tons of imagery packed into that one verse, much of it punctuated in the line [ “No, gimme my oil or get [f***] out my country”].

Not many artists, Hip Hop or otherwise, were breaking their necks to  express a counter-narrative to the ultra-patriotism (here in the U.S.) that followed the 9-11 attacks. Slick Rick’s verse isn’t preachy, or even a deep examination of politics. He is only giving listeners a brief glimpse of various sides to a story.

In a society where certain groups of people face a choice: stay home and get blasted in the face by a cop as a civilian, or get blasted by a suicide bomber in a foreign country, this song still hits on an ephemeral level.

There is a lot to consider in this song. The lyrics are efficient–there is not one wasted line in either verse. The production of the beat is clean and subtly layered in a manner that only Madlib can achieve. This power trio of Madlib, Slick Rick, and Yasiin Bey came together to produce a work of art that is both majestic and street. Despite the exotic sampling, the original ethos of Hip Hop is still within this song. It is rife with  metaphors, personification, and clever wordplay, but it still manages to tell a coherent story.

This is what makes Auditorium the most perfect rap song ever written. 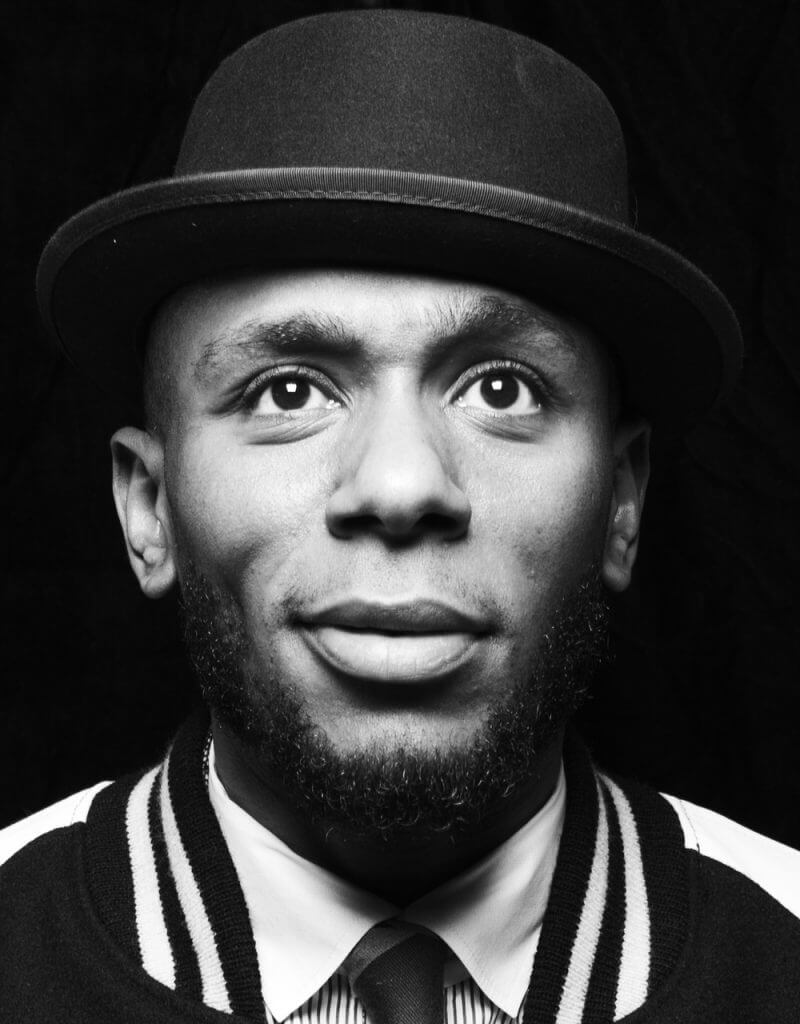 2 responses to “The Most Perfect Rap Song Ever Written: Auditorium”