“For “Straight Drop”, I wanted something that got right to who Franklin was becoming, while still not fully getting to who he totally became. At this point in the album, Franklin has started his new career path and has seen some of the fruits of his labor, but more importantly, he sees what probably lies ahead, and it’s inspiring him to mash on the gas. I wanted the beat to be a trunk rattler, reflecting the aura of dope boys riding around to something that would act as a theme song for them, regardless of if the story being told on it is predicting what their future outcome may be. The brash bravado, the acknowledgment of this whole new world, the spotlight, all while trying to keep a mask on for anonymity; “you can thank me in advance, don’t even mention it…”. It all comes together on a song that on the first listen is a head nodder, and by the third is a red light of what’s to come. The Other Guys nailed what I was going for sonically, leaving room for me to bring it home, full swing. “So picture me comparing the look on a junkie’s face/ to the look on my mama’s face when her money’s late/ and we’re mirror to mirror, there’s no cutaways/ so excuse me for choosing to peak the other way…”  – Sky

‘The Mind Of A Saint‘ ……Available Friday January 13th 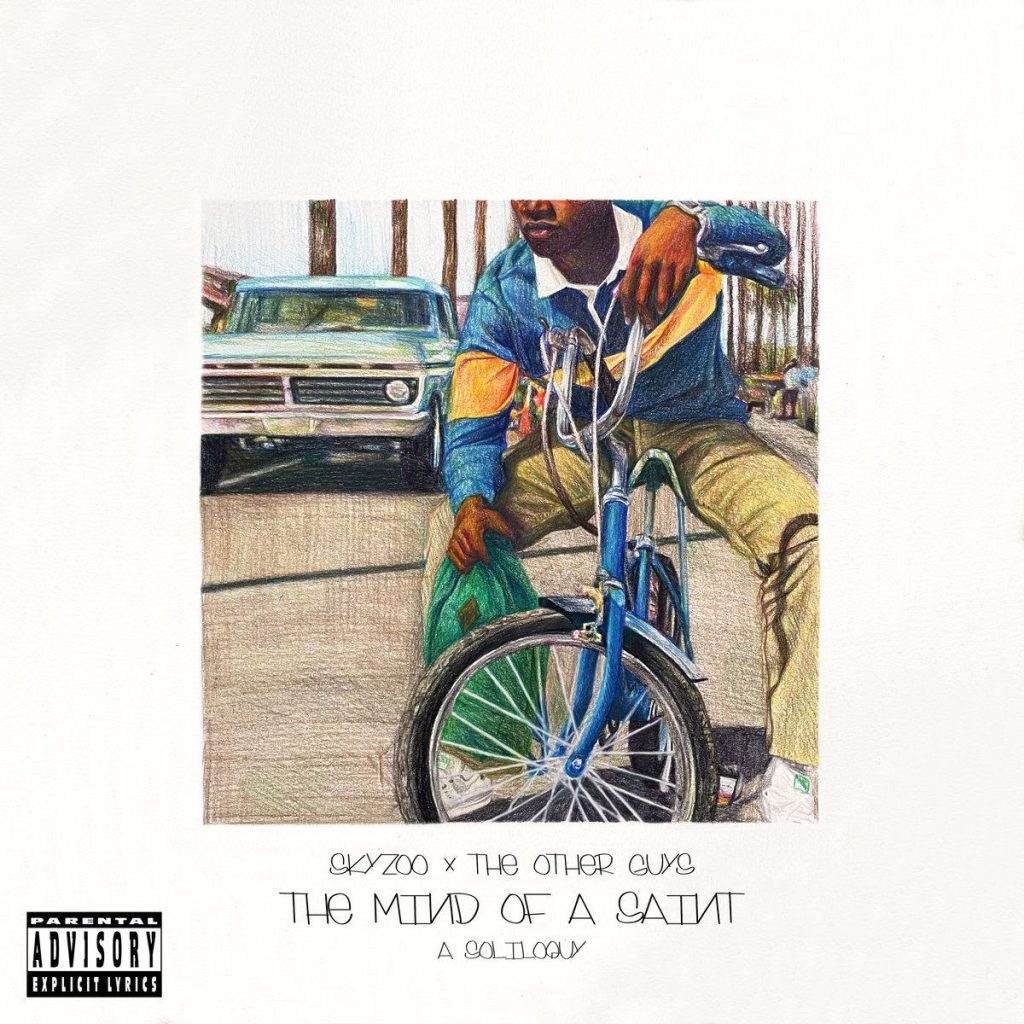