“Survival of the Fittest” is a song by Mobb Deep from their second album, The Infamous (1995).

It was released as the second single from the album on May 29, 1995 by Loud Records. The song was produced by Havoc, using a sample of 1976’s song “Skylark” by The Barry Harris Trio and Al Cohn. The song received acclaim from music critics and is widely considered a classic of 1990s New York Hip Hop, along with the lead single from the album, “Shook Ones Pt. II“. 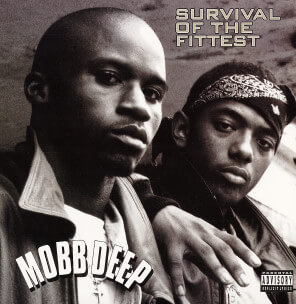