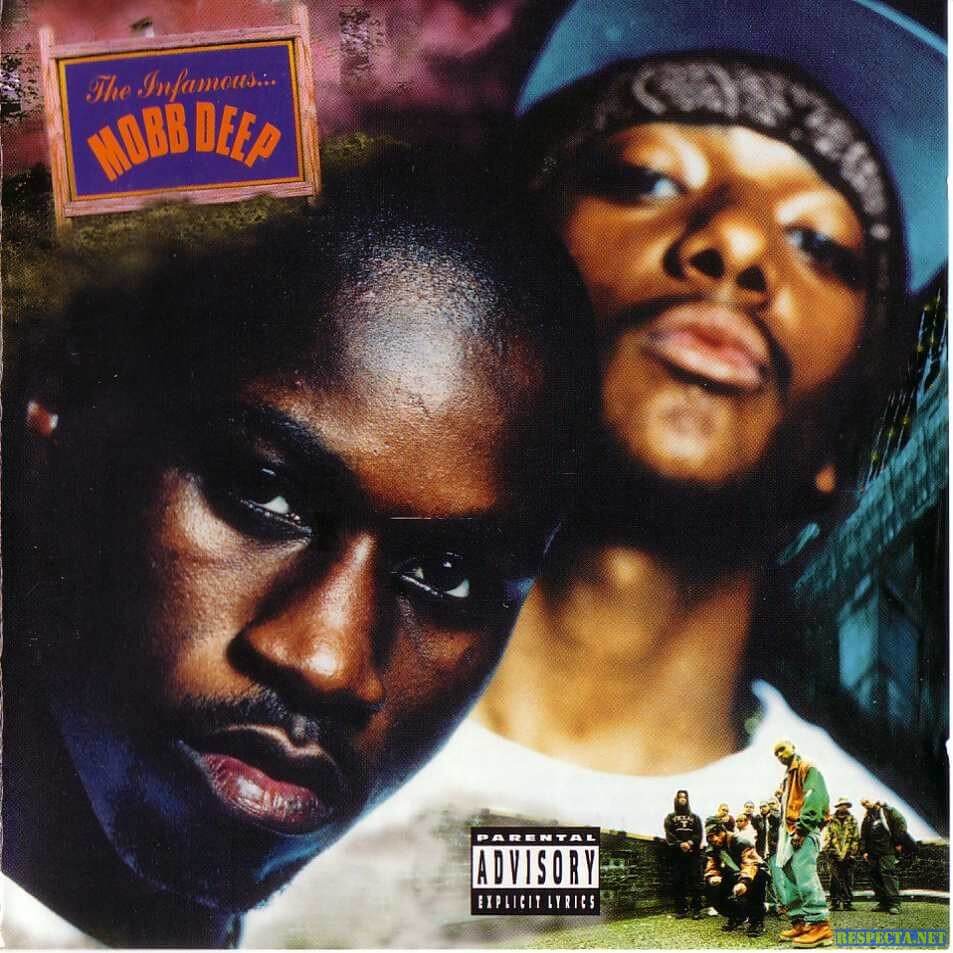 “I got you stuck off the realness, we be the infamous you heard of us, official Queensbridge murderers”

The Start Of Your Ending (41st Side)

Survival Of The Fittest

Give Up The Goods (Just Step) (featuring Big Noyd)

Right Back At You (featuring Ghostface Killah, Raekwon and Big Noyd)

Cradle To The Grave

The Infamous is the second studio album by Mobb Deep. It was released on April 25, 1995, by Loud Records. The album features guest appearances from Nas, Wu-Tang Clan-members Raekwon and Ghostface Killah, A Tribe Called Quest member Q-Tip, and Mobb Deep-affiliate Big Noyd. Embedded with hyper-visual lyricism, dark soundscapes, gritty narratives, and hard beats, it marked Mobb Deep’s transition from a relatively unknown rap duo to an influential and commercially successful one. Most of the left-over songs from the album became bonus tracks for Mobb Deep’s The Infamous Mobb Deep album (2014).

Upon its release, The Infamous achieved notable commercial success, debuting at number 15 on the US Billboard 200 and number 3 on the Top R&B/Hip Hop Albums charts. On June 26, 1995, the album was certified Gold by the Recording Industry Association of America (RIAA). The album produced four singles; “Shook Ones Pt. II“, “Survival of the Fittest”, “Temperature’s Rising”, “Give Up the Goods (Just Step)”, which all achieved varying degrees of chart success, with “Shook Ones Pt. II” being the most successful.

The album’s haunting style, defined by its evocative melodies, rugged beats, and lyrics dealing with crime and poverty in inner city neighborhoods reflected the dark side of New York’s urban landscape in a manner that received special recognition and critical praise. Along with albums such as Enter the Wu-Tang (36 Chambers), Illmatic and Ready to Die, The Infamous… is widely credited as a major contributor to the East Coast Renaissance. Furthermore, the album is credited with helping to redefine the sound of hardcore Hip Hop, using its production style, which incorporated eerie piano loops, distorted synthesizers, eighth-note hi-hats, and sparse bass lines. (Wikipedia)