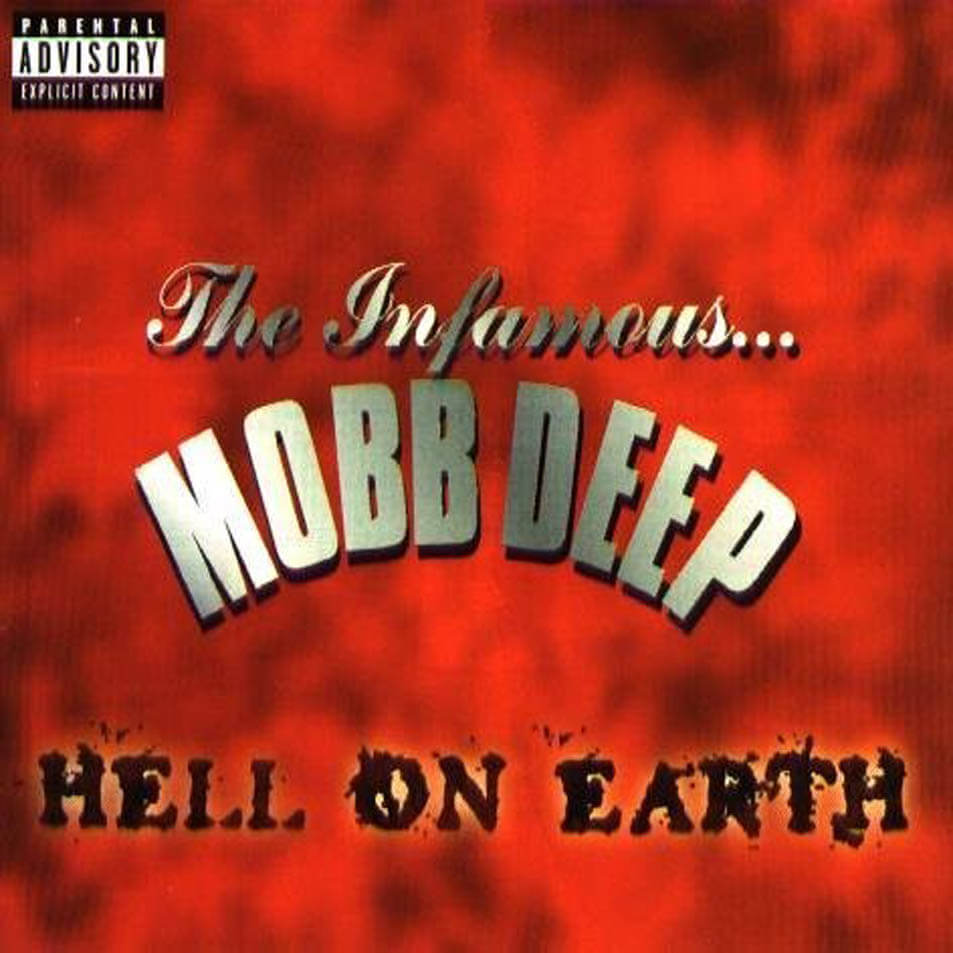 “Yo, the saga begins, begin war - I draw first blood, be the first to set it off”

Drop A Gem On 'Em

Can't Get Enough Of It (featuring Illa Ghee)

Hell on Earth is the third studio album by Mobb Deep, which was first released on November 19, 1996, on Loud/RCA/BMG Records. The album is largely a continuation of Mobb Deep’s previous album, the critically acclaimed The Infamous.

The album is produced by Havoc and Prodigy and also features guest appearances by emcees Nas, Raekwon, Method Man, and frequent collaborator Big Noyd. The album stands out for its acclaimed singles “G.O.D. Pt. III” and “Hell on Earth (Front Lines),” as well as “Drop a Gem on ‘Em,” a response to 2Pac’s diss track “Hit ‘Em Up.” The album, one of the earliest enhanced CDs, also contains an additional track (“In the Long Run”) that at the time, had to be unlocked with the use of a computer. (Wikipedia)