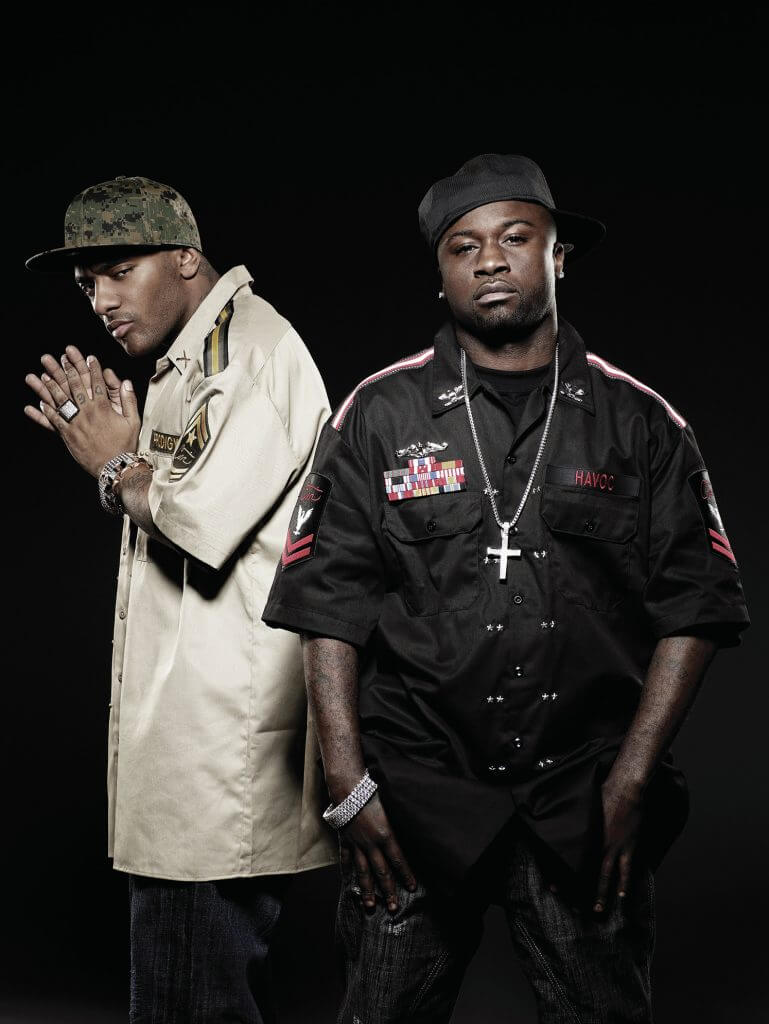 One of the most prolific and original groups in Hip Hop, the infamous Mobb Deep has appeared on records that have sold over 40 million copies. Hailing from the Queensbridge neighborhood of NYC, Havoc and the late Prodigy have been responsible for delivering some of the most popular and forever current anthems in rap music. Mobb Deep’s ability to perfectly describe their gritty surroundings and lifestyle always made them a first choice for music writers and critics across the board. From their catalog filled with classics Hip Hop anthems, we have selected our top 15 Mobb Deep songs. Are your personal favorites not in this selection? Share your thoughts in the comments!

“Most don’t understand how it is / In the world of today growin up as a young black teen / I used to dream, of bein an architect / Easier said than done, believe me it’s hard to get / Out of the projects, without forgettin where you came from…”

“Peer Pressure” is the DJ Premier-produced first single from Mobb Deep’s often forgotten debut album Juvenile Hell. Not even 18-years old, Prodigy and Havoc dropped a decent debut album (although not close to the level they would reach with The Infamous and Hell On Earth just a few years later).

“Peer Pressure” is one of the best songs of the album, with good verses from both P. and Hav and a nice Premo beat (and a typical early 90’s chorus…). So, even though they would improve significantly, this is still a nice introduction to Mobb Deep.

“Sick and tired of you fake crooks, need to retire / They got you gassed, take a match and smack fire out ya…”

Because they got mentioned in 2Pac’s Biggie dis “Hit Em Up”, Mobb Deep decided to get back at 2Pac and The Outlawz with this track.

The Hell On Earth album was even sparser, darker and more violent than The Infamous, and this track is a perfect example of that. Over a signature Havoc beat with a dope piano loop to add to the sinister atmosphere, both emcees go hard, with especially Prodigy shining and showcasing his trademark ice-cold flow.

“Whole life we grinding for the dough / And leave behind a legacy, the legend of it too / It’s not an urban myth, no, we are the truth / If anybody gon’ do it know we gon’ do…”

Even though there have been occasional flashes of their old brilliance, as a duo Prodigy and Havoc haven’t released a really exceptional album since 1999’s Murda Muzik. Until 2014’s The Infamous Mobb Deep that is. No doubt this album is the Mobb’s most consistent album since their 90’s classics, with vintage Mobb Deep street stories and dope beats.

“Legendary” is just one of the stand-out tracks with good guest verses by Southern big guns Bun B and Juicy J, and with Prodigy and Havoc reflecting on their career.

“Word up, son, I heard they got you on the run / For a body – now it’s time to stash the guns / They probably got the phones tapped so I won’t speak long / Gimme a hot second, and I’mma  put you on…”

Co-produced by Q-Tip, this track is the third and final single from The Infamous. It relates a true story about Havoc’s brother who was on the run (and got caught) in connection with a murder.

Although an earlier collaboration with Nas – “It’s Mine” from the excellent 1999 Murda Muzik album may be the more popular and more obvious choice for a list like this – we actually prefer this collabo by the Queensbridge legends – first appearing on 2011’s Black Cocaine EP, after a longlasting beef between Prodigy and Nas had ended. What really makes this track shine is the insane instrumental by the Alchemist – one of Mobb Deep favored producers (when Havoc doesn’t work the boards himself).

“Never prejudge, it be the humble that squeeze slugs / It be the ones standin’ still that’ll peel guns / Spill blood for my duns thuggin’ for me / Man you don’t wanna get involved fuckin’ with P…”

The first time super-producer The Alchemist and Mobb Deep collaborated and with an excellent guest verse by legend Kool G Rap – who adds value to any track he appears on – “The Realest” is one of our favorite tracks off Murda Muzik, Mobb Deep’s fourth album.

Because of excessive bootlegging, the version of Murda Muzik that was finally released was different than the originally intended one, but it turned out to be an excellent Mobb Deep album anyway. Maybe slightly less acclaimed than The Infamous and Hell On Earth, it did become their biggest commercial success, reaching platinum status eventually. The last truly excellent Mobb Deep album (although 2014’s The Infamous Mobb Deep was a definite return to form).

If there ever was a group that brought hardcore, dark, and grimy beats and in-your-face lyrics to represent ghetto life to the fullest, no doubt it was Mobb Deep. After the ‘hardness’ of the monumental The Infamous, they came back even harder with Hell On Earth. So many sublime cuts to choose from that album – “Still Shinin” is one of our personal favorites.

“It all began on the street, to the back of a blue police vehicle / Next come the bookings, the way things is lookin / It’s Friday, you in for a long stay / Gettin shackled on the bus first thing come Monday…”

Over another dope Havoc beat, P. and Hav talk about the fear of being arrested. Just one of the many, many classic cuts on Mobb Deep’s magnum opus The Infamous.

One of the singles and one of the many highlights from Mobb Deep’s third album Hell On Earth. Great song with an incredible beat.

“Check out the drill-dun, conceal guns, play the hum / For real son’s leaning back checking out the action…”

From the soundtrack to the 1997 gangster movie “Hoodlum”, this track with regular collaborator Big Noyd and all-time legend Rakim is often overlooked, and that’s just wrong. “Ain’t nobody stopping this – Rakim and Infamous…”

“No one can stop me, try your style’s sloppy / You want to be me, you’re just an imitation copy / My theme is all about making the green / Living up in luxury, pushing phat whips and living comfortably…”

Talk about an epic collaboration. Nas and Raekwon at their peak adding to the weight Prodigy and Havoc already bring to the table, makes for one of the best posse cuts ever. Classic track.

It was The Infamous that made Mobb Deep’s name and established them as the hardest act to come out off New York at that time. Hell On Earth may be a little less lauded, but in fact it’s just as good. The production is flawless and lyrically it showcases some of Havoc’s and especially Prodigy’s best work.

“Animal Instinct” is a  great way to kick off the album, a typically sinister Mobb Deep track, with one of the greatest piano-laced beats ever.

“There’s a war going on outside no man is safe from / You could run, but you can’t hide forever / From these streets that we done took / You walking with your head down / Scared to look, you shook / ‘Cause ain’t no such things as halfway crooks…”

One of the singles of the super classic The Infamous, with hard-hitting rhymes and an addictive chorus over another typical Havoc instrumental. Vintage Mobb Deep.

“I put my lifetime in between the paper’s lines / I’m the quiet storm n**** who fight rhyme / P, yeah, you heard of him, but I ain’t concerned with them…”

Next to “Shook Ones Pt 2” this is one of Mobb Deep’s most recognizable and most popular songs. The lead track of Mobb’s most commercially successful album Murda Muzik, had heads turning (back) to Mobb Deep all over the Hip Hop world. The remix version featuring Lil Kim is just as dope.

“Yo, the saga begins, begin war / I draw first, Blood, be the first to set it off / My cause, tap all jaws, lay down laws / We taking what’s yours, we do jooxs, rush the doors…”

As dark as it gets, the title track of Mobb Deep’s Hell On Earth was written in a period when a number of people close to Prodigy and Havoc got killed/died. Mobb Deep music has always been dark and hardcore, this song is the epitome of that darkness and a fitting title track to an equally dark album.

“I got you stuck off the realness, we be the infamous / You heard of us, official Queensbridge murderers…”

The obvious choice for the #1 spot? Of course. Classic Mobb Deep rhymes over a signature sinister Havoc beat – this song is not just Mobb Deep’s best, but one the very best in the history of Hip Hop. THE centerpiece of the all-around epic album The Infamous, which was a big part of the ‘renaissance’ of East Coast Hip Hop. A masterpiece.