My Vinyl Weighs A Ton: The Best Albums From Stones Throw Records 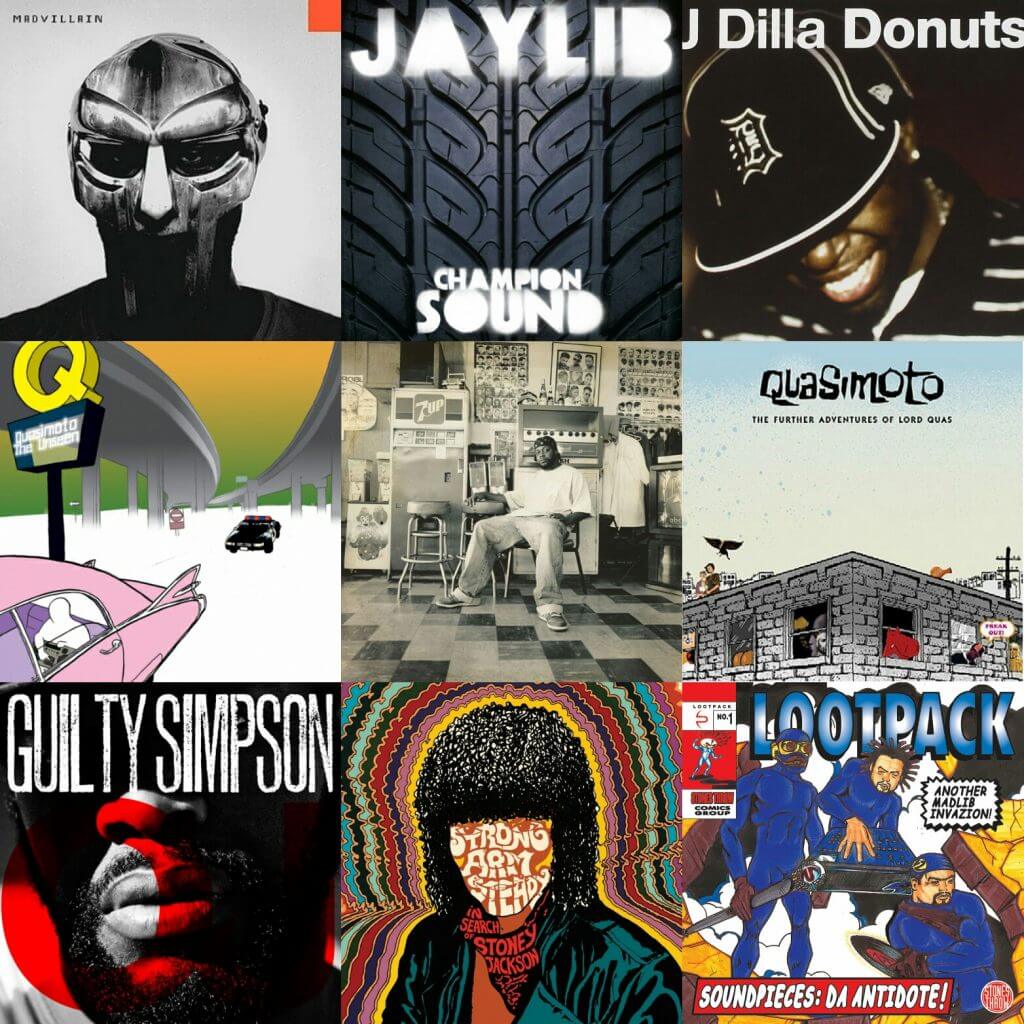 This Hip Hop label salute goes to Stones Throw Records, a label created by Peanut Butter Wolf and his late friend and business partner Charizma. Stones Throw Records became the home to such artists as Madlib, Guilty Simpson, Homeboy Sandman, and R&B crooner and Grammy Award winner Aloe Blacc. The label is relatively slept-on by the mainstream but is highly revered by the underground and by indie artists. In 2014, Peanut Butter Wolf released a documentary chronicling the rise of Stones Throw with My Vinyl Weighs A Ton, named after his own compilation release. If you have not checked out the documentary, it’s well worth the viewing. With that, let’s begin with the best releases from this celebrated label. Madlib’s baby brother Oh No, has made almost as much noise as his highly esteemed brother. Recently known for being half the duo Gangrene with The Alchemist, he was a solo guy before it all, and his debut was 2004’s The Disrupt.

A very promising album, Oh No showed his excellent production abilities, as well as his fairly decent mic skills. With cuts like “Right Now”, “Move”, and “The Ride”, it was clear we were on to something, and he was about to be not just Madlib’s little brother any more. One of the underground’s most checked for lyricists is Queens emcee Homeboy Sandman. Already applauded for albums like The Good Son and First Of A Living Breed, he delivered Kindness For Weakness in 2016.

Already considered one of 2016’s most overlooked albums, Homeboy continues his knack for wordplay and storytelling with poignancy and clarity. While tracks like “Heart Sings” and “Eyes” are quite fantastic, it’s the reflective and spiritual “God” that really captivates the listener about HS. Arguably one of his top two or three albums, Kindness For Weakness deserves to have several spins. Cali native Rasco has been known in the underground for quite some time now. In 1998, before he became part of Cali Agents with Planet Asia, he dropped his debut album, Time Waits For No Man.

The album is lyrical hunger personified, and with cuts like the Defari/Dilated Peoples-assisted “Major League”, “Take It Back Home” and “View To A Kill”, it isn’t hard to see why this was among Stones Throw’s most talked about albums during its day. One of Stones Throw’s most versatile emcees is Homeboy Sandman, and his second full-length album on the label was Hallways. It provided every bit as great of a listen as anything we had heard from him prior.

The first single “Refugee” was just a taste of the excellent penmanship and vision HS would provide on the album. Already acclaimed, Sandman continued his excellent work and kept progressing towards being considered one your favorite emcees’ favorite emcees. 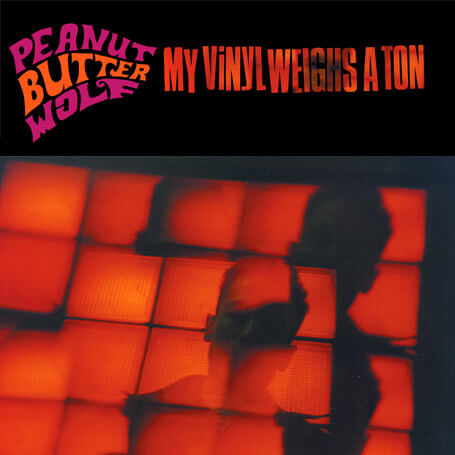 The creator and owner of Stones Throw Records released his own compilation album My Vinyl Weighs A Ton in 1999, and it was a highly acclaimed success. With performances by Planet Asia, Rasco, and Lootpack (among other emcees and DJs), this album became one of the most important albums in the history of the label.

Peanut Butter Wolf later was the man behind the My Vinyl Weighs A Ton documentary, which documented the growth and history of the label. The album itself is pure excellence and showed that PBW was just as good of an artist/DJ as he was a visionary. 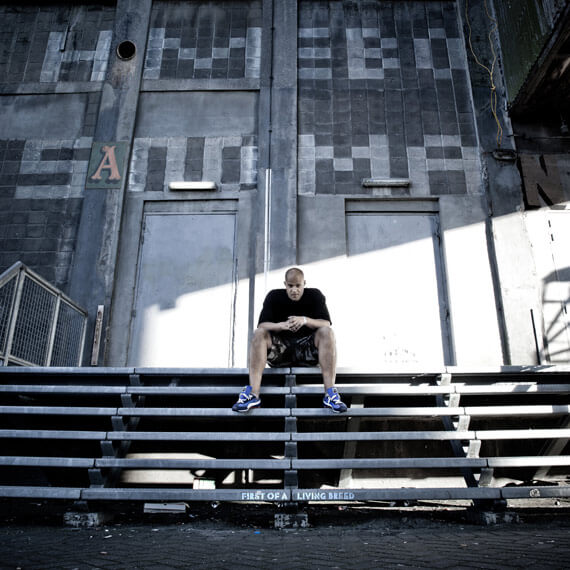 Queens emcee Homeboy Sandman released his first Stones Throw album First Of A Living Breed in 2012, and it was definitely a great release. Sandman had started to really establish himself as a formidable lyricist based on his prior albums of Actual Factual Pterodactyl, Nourishment, and especially his breakout album The Good Son.

From First Of a Living Breed, tracks like “Mine All Mine”, “The Ancient”, and “4 Corners” are all cuts that show dexterity and versatility and how talented of a penman he is. One of the first truly shining moments of Stones Throw came with Lootpack‘s Soundpieces: Da Antidote. Consisting of DJ Romes, Wildchild, and producer extraordinaire Madlib, this was one of the first truly acclaimed and exciting projects to emerge from the burgeoning label.

Very innovative and imaginative production from Madlib, and excellent mixing by Kut Master Kurt, this was pound for pound one of the late nineties best-kept secrets. It provided cuts like “Verbal Experiments” and “The Anthem” – unapologetic true, authentic Hip Hop. Cali-originated trio Strong Arm Steady was well known in underground circles, primarily because of collabs with the likes of Defari, Xzibit, Tha Alkaholiks, and others. The crew of Mitchy Slick, Phil Da Agony, and Krondon handled their business as solo artists before coming together as a group and were among the nicest crews out of LA underground.

They delivered an album with the production talents of Madlib, In Search Of Stoney Jackson, that was as red hot as anything the two acts have put out. Madlib’s eccentric and occasionally brilliant production proved to be just as important and essential as the often times fluid and steady flowing chemistry of SAS.

Many consider this their overall best album, and with the production Madlib provided on cuts like “Cheeba Cheeba” and “Needle In the Haystack”, it’s not hard to see why. Detroit rhyme animal Guilty Simpson is well known in the underground circle, primarily because of his affiliation with the late Dilla and collabs with Black Milk, Elzhi, and the late Sean Price.

He had previously dropped the searing Ode To The Ghetto (see later) and his follow-up, his collab with Madlib O.J. Simpson, was every bit as hard as anything he had done prior. The slightly controversial title came from combining Madlib’s real name initials (Otis Jackson) with Guilty Simpson’s stage name, thus O.J. Simpson.

The album is filled with the typical street-centered grittiness that makes Guilty Simpson who he is. Plenty of dope tracks to go around, the partnership and chemistry between Madlib and Guilty ensures O.J. Simpson is a more than worthwhile listen. By 2005, we had become familiar with Madlib’s helium-voiced blunted out alter ego Quasimoto. Quasi’s debut album, The Unseen, was a widely praised album that established Madlib’s creative and innovative approach to being an emcee.

Quasi’s follow-up album, The Further Adventures Of Lord Quas, continued the eccentric and intriguing work of Madlib’s alter-ego. This became almost as big of a cult classic as The Unseen and deserves to be credited with being as big a part of the acclaim for Stones Throw as any other of their releases. Guilty Simpson’s debut album, Ode To The Ghetto, was everything we thought it would be: raw, lyrical, gritty, and full of talent – worthy of being named among the upper ranks of Detroit mic destroyers. With crazy production from the likes of Dilla, Oh No, Madlib, and Black Milk, there was simply no shortage of heat throughout this very dope release. Little to no filler material, every cut serves a purpose, and cuts like the ominous sounding “I Must Love You” and the Random Axe-assisted “Run” are very well-proportioned for this album. Developing a wide cult following, Lord Quas became a big fixture within the alternative Hip Hop circles. The Unseen definitely is an ‘acquired taste’ album. Full of psychedelic head trips, the album was reportedly recorded while Madlib was hooked on shrooms for about a month. The Unseen is a spaced out yet wildly imaginative album that continues to stand the test of time. The late great James Yancey is known as one of the most revered and decorated producers of all-time. Changing the landscape for Hip Hop producers, J Dilla was a true treasure who inspired everyone from Pete Rock to Kanye West behind the boards.

His instrumental album, Donuts, is widely considered the greatest Hip Hop instrumental album ever released. Many of the beats on the album have ended up getting used by artists like The Roots, MF Doom, Slum Village and more. This album officially marked his legacy in stone and now, years after his death from complications caused by Lupus, Dilla’s jewel of an instrumental album is as relevant and essential as it was when it was released just a couple weeks after his death. The most timeless piece of the Dilla discography. When the word got out that two of the most revered and decorated producers in all of Hip Hop would get together to do a collab album, mouths were just watering. The album finally dropped in mid-late 2003 and it met every expectation.

Deemed a classic, and rightfully so, the concept had Madlib rhyming over J Dilla‘s rich sampling and Dilla rhyming over Madliberator’s quirky and ingenious production. Celebrating the best efforts from each one, this album became a centerpiece of Stones Throw, and quickly became the album they were known for up until the following year.

Jaylib became a duo that constructed a seminal album that could easily rival any exceptional debut of that decade. The album that officially made Stones Throw a better-known label. One of the most landmark albums in the history of indie Hip Hop, Madlib and MF DOOM collaborated on what would become a masterpiece of a project. Some of the most bizarre yet brilliant production ever from Madlib provided the beautifully designed backdrops for the quirky and clever rhymes of DOOM.

Easily comparable to classics like De La Soul Is Dead, Aquemini, and Critical Beatdown, this is an epic album that takes a while to fully absorb. But once you get past its uniqueness, you realize how fully special this album is. With insane cuts like “Fancy Clown”, “All Caps”, and “Figaro”, this album is unlike most albums you will ever hear. The song structure is set up to where they’re mostly 2-minute cuts with no hooks, just DOOM rhyming his metal-faced ass off over some of the most left-field production (filled with elements of pseudo-Jazz and world music) Madlib has constructed.

One of the top two albums, if not the best album, of the entire decade – Madvillainy is still Stones Throw’s magnum opus, as well as a career defining album for both DOOM and Madlib.

Stones Throw Records is a very important piece of Hip Hop history, as it’s one of the truly refreshing labels made for artists to be who they are unapologetically and unabashed. As a result, artists were promoted to push their creativity and originality, without interference from any A&Rs or “machines”. Truly a label for the artist, all shouts to Peanut Butter Wolf and the late Charizma for this fantastic label and its talented roster.

The Best Albums From Rawkus Records