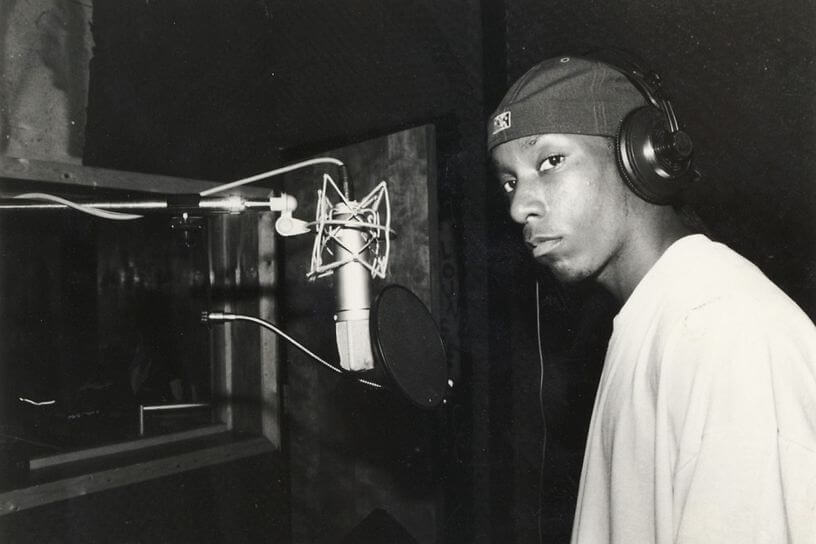 After being discovered rhyming in the back of a record store by DITC founder Lord Finesse, Big L quickly started making a name for himself as a fearless and vicious freestyle/battle rapper and as a punchline- and metaphor master. Guest appearances on a few Lord Finesse tracks and fellow Diggin’ In The Crates members Showbiz & AG’s debut album really introduced this razor-sharp lyricist to the wider world. With only one album (Lifestylez Ov Da Poor & Dangerous) released during his lifetime – he was murdered on the Harlem streets before he could really make it big – he left an unforgettable impression on the Hip Hop world anyway. Virtually unparalleled lyrical skills will forever ensure his legacy. For this list, we have selected our top 15 Big L songs. Agree? Disagree? Discuss!

“I recite hype rhymes that shine like rainbows / I pick up the microphone and play MCs like game shows / And suckas are coppin’ pleas while I’m clockin’ gs / Try stoppin’ these, lyrics n**** please / Cause my rhymes are ill like a kid with a bad cold / Your style is mad old, you’re small as a tadpole / This is a giant here, an MC rap pioneer / Before you battle me chief, go throw on your riot gear…”

Recorded in 1992 for an unreleased demo tape, this song didn’t turn up until Lord Finesse released it in 2008 on his Rare Selections EP Vol. 2. Produced by Showbiz, sonically it is a bit unpolished and raw, but it is all about Big L’s lyrics. He goes on and on spitting lyrics, casually destroying the competition.

“My underground n*****, y’all can shine with me / Got my own label now, so y’all can sign with me / Y’all can take me from the bottom and climb with me / That’s fine with me, that’s how it was designed to be…”

The DJ Premier-produced fourth single off The Big Picture is a lyrical masterpiece, with a guest spot from fellow lyrical giant Big Daddy Kane.

“Around my way they shot many teens / And them cops better stop, or I’mma stop em, by any means / The Big L won’t hesitate to cold diss em / And if you ask me, muthaf*** the whole system / There are too many young black brothers doin life bids / Cause justice means ‘just us white kids’ / So take heed to the rhymes I kick / I’m about to flip, cause I’m fed up with that bullsh**…”

Sadly as relevant today as it was back then, Big L goes off on how police mistreat black youths.

“Hey yo, I’m serious, Big L ain’t playin’ games / I should get foul and buck wild and start sayin’ names / But deep down inside you know who you are / Your rhymes are not up to par, you fake superstar / And that really gets on my nerve / When a rapper gets the credit that he don’t deserve / Goin platinum and don’t have no  soul / Some rappers are mad nice and don’t even go gold / I don’t like the way it’s goin down / Because it should be the other way around…”

“I’m gettin’ high rates in all states / Makin’ papes with the crew called: Diggin’ in the Crates / I’m a rap crowd amazer, microphone dazer / Big L is the man with the unexpected flava…”

Another dope early demo track produced by Large Professor that did not turn up on Lifestylez…, but easily could have. Dope wordplay, like on his other early demos, Big L’s special lyrical talent was already in full evidence here.

The posthumously released third single from The Big Picture would turn out to be Big L’s highest-charting song. A deliciously smooth track: Big L, flamboyant for life.

One of Big L’s best braggadocious tracks, filled with dope metaphors and punchlines. This song is a prime example of Big L’s flair and unique lyrical skills.

The second single off Lifestylez… is one of L’s most recognizable tracks, even if it is because of the commercialized video version of the song, which is not as good as the album version we selected for this list. Big L gave a whole new meaning to the acronym ‘M.V.P.’.

“Mics I steadily smoke, rhymes cleverly wrote / As long as I can rock a crowd I’mma never be broke…”

Another fine example of  Big L’s superior flow and delivery with his crazy punchlines and wit – and one of the highlights of The Big Picture.

“Yo, where I’m from it ain’t cookies and cream / There’s a lot of peer pressure growin up as a young teen / You never know when you gonna get wet / Cause mad clowns be catchin wreck with a tec just to get a rep…”

This classic cautionary tale warning listeners of the dangers of the hustler’s lifestyle on the inner-city streets, would 4 years later become a tragic reality for Big L himself as he was shot and killed in a drive-by shooting on his home-turf in Harlem.

Big L’s debut track, originally intended for LifeStylez Ov Da Poor & Dangerous, but pulled due to its controversial/violent lyrics (in the intro he states he had a dream about being the son of the devil, doing ‘some ill sh**’) – this track is an example of what would later be called ‘horrorcore‘. Great work by producer Showbiz, who to great effect uses the sample “I went to hell for snuffing Jesus” one of the famous lines from Nas’ debut on wax (on Main Source’s “Live At The BBQ”).

“I got the wild style, always been a foul child / My guns go BOOM BOOM, and yo’ guns go pow pow…”

The first single off Big L’s debut album is one of the most radio-friendly of his entire catalog (on request of the record label to promote the album), but it is dope as hell anyway. The catchy Kid Capri hook works and Big L shows off his trademark top-notch wordplay and impeccable flow.

“I only roll with originators / Chicks stick to my d*** like magnets on refrigerators / I’m a crazy mean lyricist / Many are in fear of this, yeah, so they stand clear of this / And those that refuse the order, Big L bruise and slaughter / N***** hear me and take notes like a news reporter…”

Technically this a Lord Finesse song, but because it’s Big L’s recording debut and because he kills it, we included it in this list anyway. This is pure Hip Hop: a dope beat, and two real emcees spitting some fire rhymes. Classic material.

In 1995 Big L was the main attraction on this edition of the legendary Stretch & Bobbito Show, and he brought along a young emcee on the come-up named Jay-Z. As always it’s Big L who steals the shown, delivering some classic (semi)freestyle rhymes in his characteristically unbeatable way.

“A victim’s a mark / A sweat box is a small club, a ticker’s your heart / Your apartment is your pad / Your old man is your dad / The studio is the lab and heated is mad / I know you like the way I’m freaking it / I talk with slang and I’mma never stop speaking it…”

Released in 1999 under his own Flamboyant Entertainment label (after Columbia dropped him due to disappointing sales figures of Lifestylez…), this was one of 1999’s biggest indie single releases and it remains a classic track to this day. Big L brilliantly breaks down street slang in an unforgettable song full of Hip Hop Quotables.