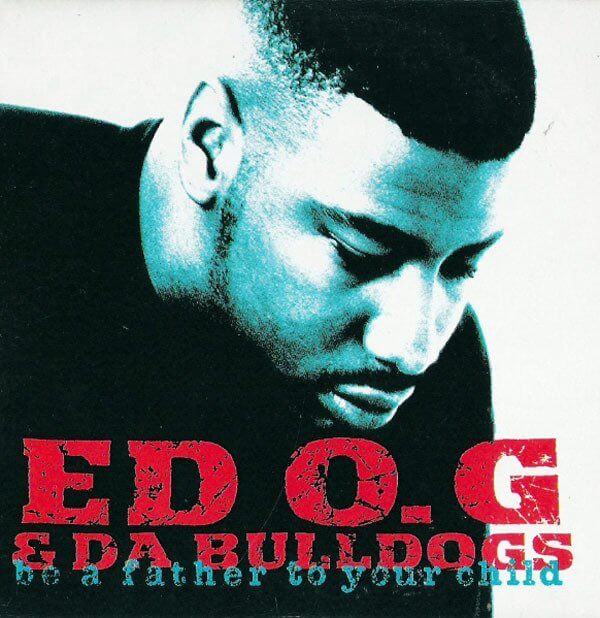 There have been so many Hip Hop songs, modern and old school, about being a father that it is hard to include every single one in a top 10 list, so I have added some of them in my honorable mentions.

Remember it’s songs about being a father, not songs with rappers talking about his/her own parents – that deserves to have its own list. Forgive me if I have missed any but I’m sure this list will be a great introduction at least to a non ‘real Hip Hop head’. This top 10 list is based on the quality of the actual song, rather than just being a list of ALL the songs about fatherhood!

9th Wonder provides the backdrop to the lyrics by Big Pooh and Phonte. Big Pooh raps the first verse as a child trying to explain how it feels to have a distant father who got overwhelmed by the situation and left. Then Phonte raps the second verse talking to his child now describing how he understands why his father left him now and he nearly has done the same thing. Describing a vicious cycle that is hard to break out of, especially if you’re from a poor and dysfunctional background with all the added extra pressures.

RZA produced this lovely emotional instrumental, cutting up Nina Simone. Kanye West and Jay Z express how they would care for their unborn sons, they have both since had daughters. Jay-Z, with deep lyrics with typical double meanings and allusions, he even refers to his classic Reasonable Doubt album on this track. Kanye West does not want his son to be like him to have people misunderstanding him.

Talib Kweli attacks this beat by Ayatollah to rap about the birth of his child. Kweli, descriptive as always says many things on this track, ultimately ends up analyzing many world-social issues, as usual. Mos Def contributed to the chorus, backing up Kweli.

The beat produced by Eminem himself, of his The Eminem Show album, Eminem writes and raps about the happiness of having his daughter. He has always expressed his love for his daughter throughout his career, from his earlier work to his later work but this song captures the best of his emotion. In verse 3, Eminem gets back to rapping with a more usual flow with more meaningful lyrics. This song perfectly captures the emotion of being happy to have a child.

Blu raps about an unexpected pregnancy and then in the final verse in the song he sums up what is really important in life. The second verse is a powerful one from Aloe Blacc and Joseph provides singing on the chorus. Exile provides a smooth instrumental for Blu to spit off some witty lines and a reflection on a conversation with a child. Off the modern classic Below The Heavens album.

Pharrell and The Neptunes made this beat for Jay Z. Being an emotional song about problems of actually having a baby/miscarriages and praising his newborn daughter. Jay Z, obviously, does this with lots of wordplay and hidden meanings in the lyrics. At the end you hear Blu Ivy Carter crying.

Legendary producer No I.D. provides the amazing soundscape for which Nas does what he does best, paints a vivid picture with his lyrics and on this song he describes how he is finding/found raising his daughter. The only criticism would be, as many people have said, it had a pointless chorus. But at least the chorus is on topic, ha.

Fun Facts: Nas wanted Eminem on this track but he said to him that he has already spoken too much about his daughter. Nas also wants Jay-Z on this track but their schedules were conflicting so they never got any work done together for this.

One of the song’s released by 2Pac‘s own Mother after he died. Over an eerie beat, 2Pac speaks about his doubts about wanting a child and how he’d treat his child. Who said 2Pac couldn’t be poetic? This is just many songs of his songs that has many quotable’s about life, in general.

Off Common‘s One Day It’ll All Make Sense album, this song addresses the topic of abortion and how having a child can affect a relationship. Laced with his typical wordplay and witty lines, all whilst keeping on topic, Common breaks down how it feels to be an expecting father, with the happiness and pressures that may come with it. With Lauryn Hill singing a simple but poetic chorus and NO I.D. producing it, this song is truly one of those masterpieces.

Before his collaboration projects/albums/LPs with Masta Ace, DJ Premier, and Pete Rock, Ed O.G./Edo G had numerous projects out but this song off is one of his album with ‘Da Bulldogs’ most memorable songs was this one. A positive song with a message reminding us about the importance of being a father. This is really old-school but the flow is still on point. The hard-hitting but soulful beat complements Ed O.G with his meaningful witty lyrics addressing many issues to do with fatherhood.

2 responses to “Top 10 Rap Songs About Being A Father”